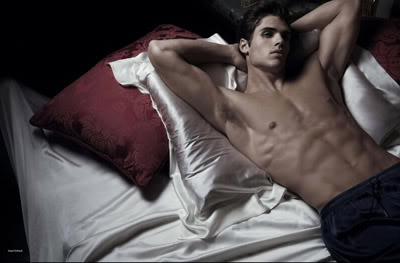 Photographer Milan Vukmirovic
Biography: Milan Vukmirovic born to a Yugoslavian family in France in 1970, is a co-founder of Collette Store in 1997, later he becomes Design Director for Gucci Group during labels Tom Ford time, from Gucci Vukmirovic moves to Jil Sander holding the position of brands Creative Director.

2007: Trussardi 1911 starts a new era with Milan Vukmirovic as their creative director, whose work not only gave a new directions with their collections but also with him photographing their advertorial gave a new visual identity to the already well known brand.

2013. Present: After his work at Trussardi and L'Officiel Hommes milan is now editor in chief and founder of FASHION FOR MEN bookzine.