After 10 styles created in collaboration with Nike, Michael Jordan decided to improve the Jordan sneaker game and announced the Air Jordan 11 style. Most of us are looking forward to buying the new Air Jordan 11, and collectors, especially those with deep pockets, are more interested in finding rare and old versions.  With its patent leather elements, the Jordan brand is a luxury sneaker adored by all people and is quite affordable, except if it is not a retro edition which can reach prices up to 600,000$. Nevertheless it continues to maintain the popular status among all generations and it became a huge piece of the street style culture.

The history behind this model is an interesting one. It began when Michael Jordan wanted to retire from his basketball career. In the meantime designers Ken Black and Tinker Hatfield worked on a new groundbreaking silhouette. Did they get Jordan from the retirement, we’ll never know, but what we do know is that he debuted them in 1995 on the court and he didn’t take them off through the whole season. After Jordan initially rocked the 11s, Bulls teammates and players started wearing them as well. Theye were so amazing on and off the court that athlethes continued to wear them even after the new styles were released. Not only were the Jordan 11s a basketball shoe sensation, they were also the stars of Hollywood scene making appearances in the famous Space Jam movie. Of the all Jordan styles, this one is Michael’s personal favorite.

The 11’s were released in five colourways: Concord, Bred Black, Columbia, Black Red IE Low and Cobalt IE Low. The original colors were upgraded with a numerous retro releases, among them the Space Jam ones. This year Jordan Brand released a calendar of Retro releases where 11’s found their place. Specifically, the Air Jordan 11 Retro Low ’72-10′ style which is dedicated to MJ’s legendary 72-10 season with the Bulls in 1996.

As with every other style, the design team wanted to meet Jordan’s wants and needs. For the 11’s Michael specifically wanted a shiny sneaker, whatever that meant. Building on that thought, Hatfield mixed the important performance atribute with a luxury shiny feel. His inspiration came from the cars with shiny finish. The cloth top of the Jordans was made from a nylon upper used mainly on the camping backpacks. For easier wearing, the shoes featured a “speed-lacing” system with the use of nylon webbing loops. The first design was a classic black and white shoe with a touch of purple, which was not Michael’s team color, yet Tinker thought it would look crazy and it would mess with people’s minds.

In the December of 2015, Jordan Brand honored MJ with the ’72-10′ style which feature the Jordan inscription, which is a detail last seen on samples from 2006 that did not reach the production stage, and which belong to the DMP Jordan 11 series. This year the style is celebrating a comeback with some minor changes.

Rendered in low-top form, the sneaker makes use of a black tumbled leather upper with a tonal patent leather mudguard. Crimson Jumpman branding delivers color-popped accents on the tongue and heel. Lightweight cushioning is provided by a white Phylon midsole, fitted with full-length Air-sole cushioning and supported by a translucent rubber midsole. – from GOAT

This iconic sneaker is set to drop on 14th of May through official sites and retailers with the price of 190$, so be fast and cop yours at Flight Club. If you’re not sure these are the ideal fit for you, there is plenty to choose from. Find more Jordan 11s here. 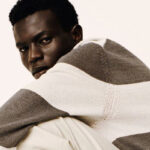 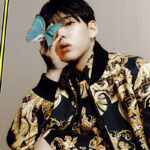