The long-awaited Yeezy Day 2022 is here. If you’re a fan of Kanye West’s Yeezy brand, made in partnership with adidas, then you’ll want to read on and find out everything about the upcoming celebration of the brand. Like previous two years, Yeezy Day will introduce new releases as well as restocks and re-releases of their signature styles. The event will take place on August 1st and 2nd on the official adidas Confirmed and Yeezy Supply sites. Rumored releases for the first day are Yeezy 700 V3 ‘Azael+, as well as the new Yeezy Flax Slides. Even though the partnership between the two flourishes with new releases, there has been a recent feud between Ye and adidas over the famous Yeezy slides. Nothing to worry about for you sneakearheads waiting for the Yeezy Day to cop your favorite pairs from this famous lifestyle brand.

MMSCENE team prepared a list of the best sneakers you can purchase on Yeezy Day 2022:

Fronting the Yeezy Day 2022 this season, the Yeezy Boost 350 V2 model wil appear in few colourways. Among others, ‘Static Non-Reflective’ will make its big return. The model is widely popular, designed to stand out, thanks to the addition of never-before-seen features. The shoe features translucent side stripe and 3M reflective detailing, the upper is made from Primeknit and of course the midsole is made with Boost cushioning. Get your cart ready at GOAT and enjoy the Yeezy day with a new pair of Static’s.

Originally dropped in 2017, this running inspired shoe became one of the most popular Yeezy releases. Its recognazible silhouette and colourway brought the ‘dad shoe’ trend back to the streets. Featuring a mesh base in grey with bright blue and teal details on the forefront, neon green laces and orange and black details, the Wave Runner is surely a lifestyle sneaker you must have. If you got your eyes on this particular sneaker, it will be released on the first day of Yeezy Day with a price of 300$.

If you’re more a fan of monochromatic looks, the Yeezy Boost 700 V2 in ‘Hospital Blue’ is the right pick for you. Like we mentioned before, the 700 V2 are an ode to West’s affinity for 90s running style and the famous dad shoe vibe. First released in September 2019, ‘Hospital Blue’ featured a roller knit upper with leather overlays, mesh on the heel and the signature reflective Three-Stripes. The Boost technology covers the midosle with herringbone rubber outsole. For more information about the pricing and details visit Flight Club.

What a better way to celebrate the Yeezy Day than to buy yourself a pair of the most controversial sneaker, the Yeezy Foam Runner. From the first time North West sported them, to the official release, Foam Runners have been the talk of the town. Some love it, some hate it, either way they spark a lot of attention, and you’re definetly going to be recognized wearing them. Featuring two tone color scheme, the futuristic slip on is made from EVA and algae-based foam with ventilation ports and textured interior. The shoe is striped of visible branding, you can only see the adidas sign underneath the heel.

Released in 2021, this relatively new pair won the hearts of monochromatic lovers. Made in taupe colourway, Yeezy 500 features mesh on the upper, with cow, suede and leather overlays, a reflective piping around the eyelets making it very visible, a rubber midfoot and adiPRENE+ midsole which drew inspiration from Kobe Bryant’s KB8 3 shoe. This lifestyle shoe made its way to many streetstyle fans, beacuse of its silhouette and elegant yet sporty vibe.

Our last pick, but definetly not the least is the Yeezy 700 V3 in ‘Dark Glow’ colorway. Released in the beginning of 2021, this sneaker offers a neutral design made for various style combinations. The sneaker features black engineered mesh upper with charcoal accents and smoky RPU overlays. A special addition to this silhouettes is the glow in the dark effect, emiting blue luminescence. The midsole is made from EVA, with encapsulated polyurethane core, while the outsole is made from herringbone-traction rubber. If you’re looking to purchase this piece, the price ranges from 200$ to much more through resellers. 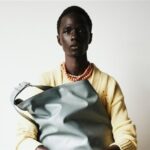 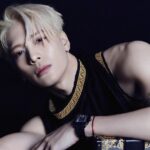