Even though women are statistically more likely to get plastic surgery compared to men, this doesn’t mean that cosmetic procedures are rare among males. In fact, it’s becoming increasingly common for men to have work done, from liposuction to eyelid lifts. The decision to improve your appearance through plastic surgery may simply be from vanity (and if so, why not?), but for many, it gives them a much-needed boost in self-esteem. Plus, the benefits extend even farther than improving your own self-image; procedures that are performed by reputable surgeons like Dr. Ashley Steinberg can have positive effects on your romantic life, your workplace experience, and much more.

With that introduction, let’s take a look at the 10 most common plastic surgeries preferred by men.

Women can get breast augmentations, and men can get pectoral implants. While the two surgeries affect the same part of the body, that’s pretty much where the similarity ends. Pectoral implants are designed to have the same feel as firm muscle, and they’re a lot less likely to end up leaking or rupturing. Due to the invasive nature of the procedure, a man could expect to experience bruising and inflammation for a couple of weeks. Given how long the results last, though, it’s worth the pain for many.

With more than 50 million men suffering from premature balding or hair loss in the United States, you can be sure that plenty of them are turning to surgery to correct the problem. Getting hair transplants is one of the only clinically proven methods to address male-pattern baldness, which only increases the popularity of the procedure. There are two methods of hair transplantation. In one of them, individual hair follicles are transplanted, resulting in a quicker recovery and less scarring. In the other, strips of hair follicles are transplanted, giving more obvious scars, but also more natural-looking results.

A lot of guys want masculine chins, but not all of them get their wishes – not without surgery, anyway. Chin augmentation specialists like Dr. Ashley Steinberg can help you to make those desires a reality. With a mentoplasty, though, they can get their chins reshaped or enhanced, often with the help of a customized implant. It’s often done in tandem with a rhinoplasty (nose augmentation), and while the surgery itself isn’t that invasive, patients do run the risk of nerve damage.

Botox has become increasingly popular among both men and women, primarily because it’s an easy, non-invasive way to reduce wrinkles and fine lines. The procedure is so low-effort that you can even get it done over your lunch break, and proponents of Botox say that it takes years off of their appearance. Facial fillers are a common choice as well, especially for men who want to fill in deeper creases or treat scarring from acne.

As one of the most popular cosmetic procedures among men, the eyelid lift offers two of the most prized benefits of plastic surgery: it reduces your apparent age, and it’s barely noticeable. In the case of men who are dealing with excess skin on their upper eyelids, this procedure can even improve their vision. Since there are very minimal incisions involved, a guy can have his eye bags or crow’s feet surgically reduced (or removed), and be back to normal in a matter of days.

Ears don’t get a lot of attention most of the time, but if someone’s ears stick out (either literally or figuratively), they might consider an otoplasty. Depending on the characteristic that needs to be altered, an ear surgery could involve shaving down cartilage to make the ear lie flatter, or even reshaping the ear to make it appear more “normal”.

It’s possible for a man to develop “breasts” due to weight gain, but gynecomastia is a condition that results specifically from a hormonal imbalance that leads to the growth of feminized male breasts. Since this excess tissue can’t be removed through diet or exercise, the only way to get rid of it is through surgery. Through a combination of excision and liposuction, the tissue is removed, and the areola reshaped if necessary.

Dieting and working out is rarely appealing, no matter how much someone wants to look fit or toned; that’s why so many men opt to get liposuction instead. The abdomen and flank areas are the most commonly targeted spots, but the procedure can be performed just about anywhere. First the surgeon makes strategic incisions, then fat deposits are dislodged using an instrument known as a “cannula”. Once that’s done, a surgical vacuum is used to extract the fat, and the incisions are closed. Lastly, compression garments are applied to encourage the desired contours in the targeted areas.

This surgery is often performed for purely aesthetic reasons, but it can also be used to significantly improve breathing in the case of a deviated septum. A rhinoplasty can reduce nose size if cartilage is removed, or increase nose size if cartilage is added (typically donated from an ear or a rib). Since a man’s nose has a huge influence on the way his face looks overall, a well-done rhinoplasty can change the game.

Some sagging is normal as a man ages, but the dreaded turkey neck is never a welcome sight. A neck lift doesn’t just reduce sagging; it can strengthen the jawline, make the neck appear longer, and get rid of a double chin. There are a couple different types of neck lift. The first is more effective, and it’s known as the traditional neck lift; it also involves a longer recovery period. A limited neck lift, on the other hand, offers more subtle results, but is also less invasive.

The stigma surrounding plastic surgery for men is decreasing with every year.

Men choose to get elective cosmetic procedures for all kinds of reasons, but one thing is sure – it’s becoming more socially acceptable than ever for a man to get plastic surgery to improve his appearance. 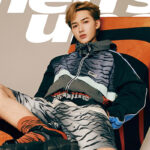 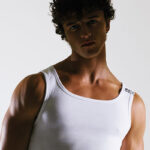