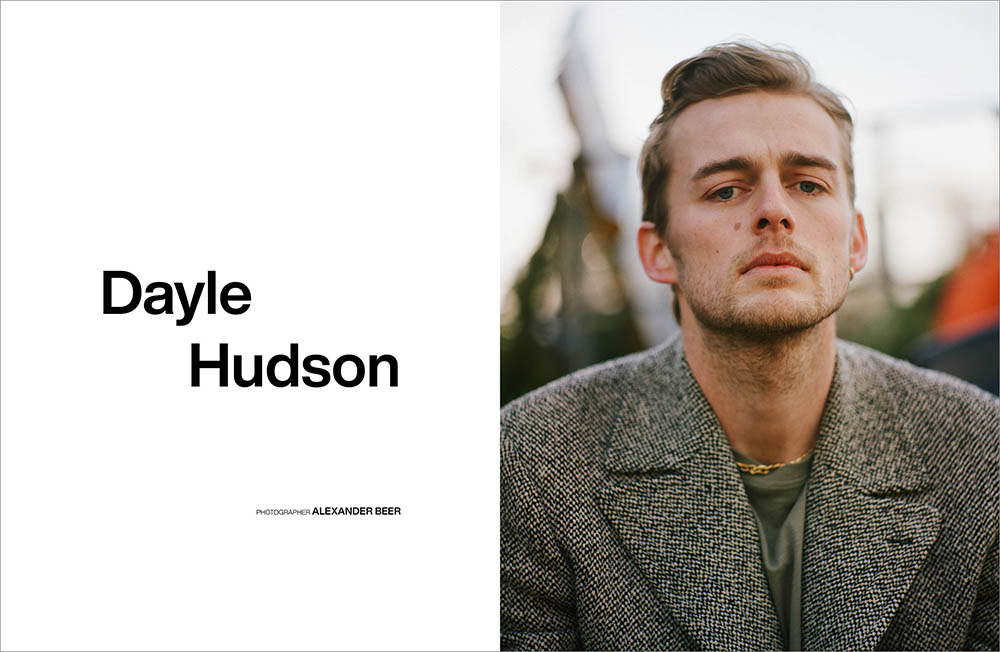 Actor Dayle Hudson, best known for playing Peter Beale in popular British soap EastEnders, is the star of our latest MMSCENE PORTRAITS feature. Our editor Igor Cvoro sits down with Dayle to talk about his exit from the soap, the filming experience during the pandemic, binge watching TV shows and his plans for the future.

Read the interview + see more of the story captured by photographer Alexander Beer below: 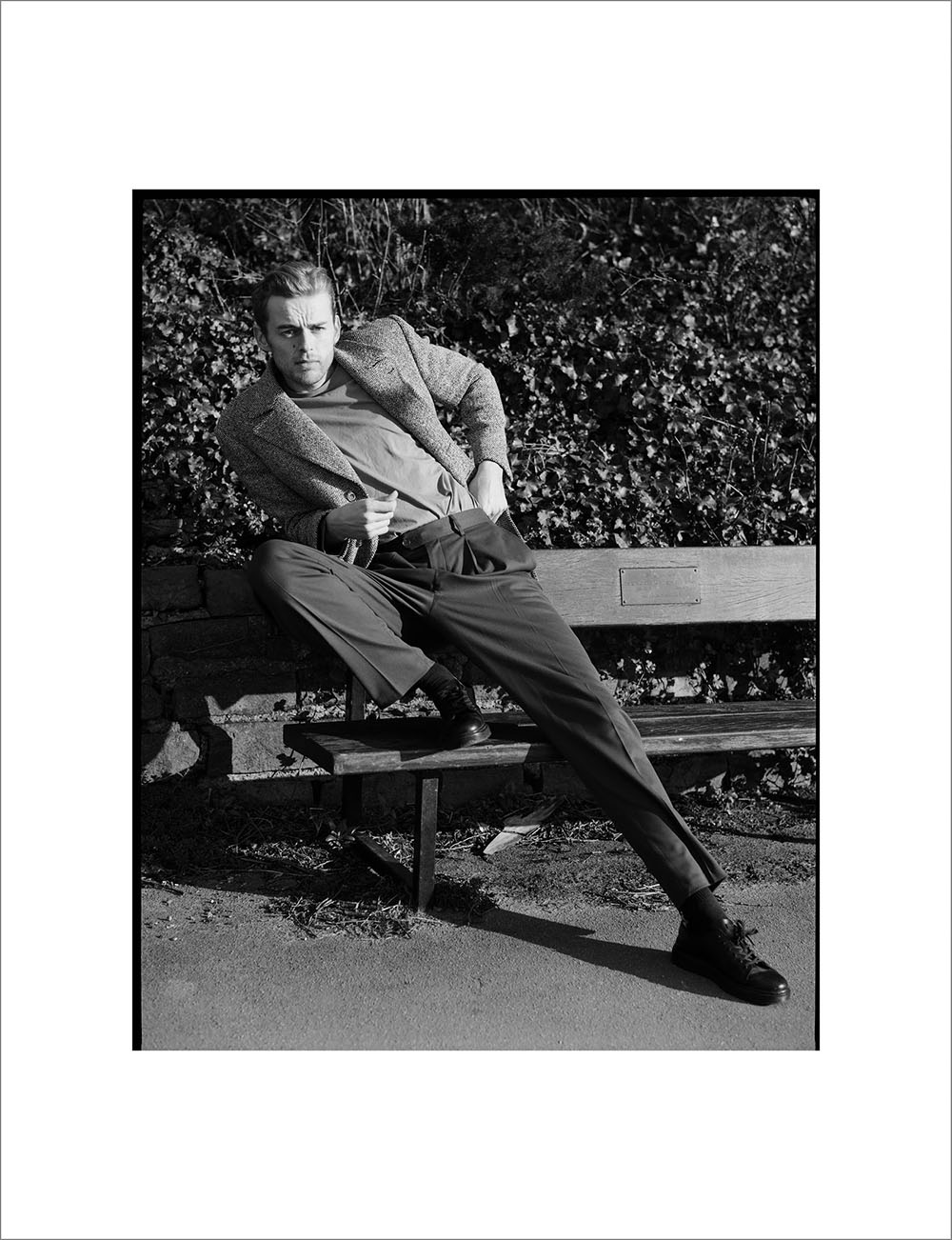 Hi, Dayle! We’re happy to have you at MMSCENE. Tell us more about yourself and your acting process. How do you prepare for a role? What are the first things that you do when you get a script?

I think I’ve been blessed with my childhood because I’ve always had a good group of friends who I’ve found inspiring one way or another.. whether it’s being gifted at sports or creating art through music or anything, or the ability to think outside the box and give me an added level of advice or context. I believe this has given me a solid foundation for hard work from a very young age, and In hind-site growing up on the estate aided my creativity because I’ve always loved watching people. The estate has a plethora of characters everywhere you look. Some you wouldn’t want to make eye contact with and some wouldn’t rest until they had fed you some warm food. Creating the back stories for all these ‘characters’ is what I found most fun. It’s the same now.. 90% of my enjoyment comes from what you can take and make up from the script, where are his weird little traits, what’s made him/her react like that? What’s happened in the life of this character right up until the audience sees them for the very first time. That’s why when I get a script, I read it over and over and over again, the more you know it the easier it becomes to spot and make those choices. 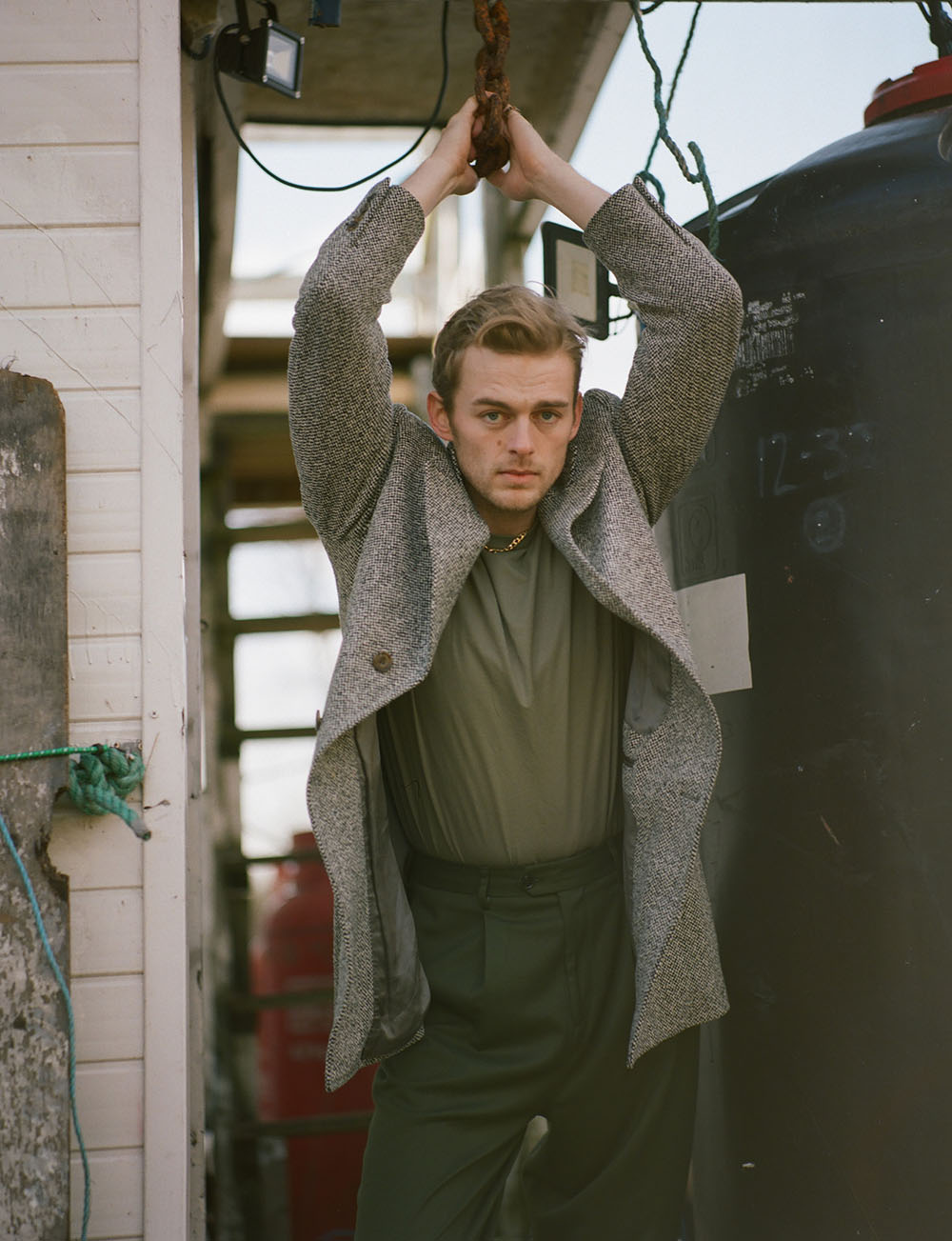 You’re most well-known for your part in EastEnders. You were on the program for nearly two years. Are you pleased with how things turned out? And do you think there are more stories left to be told about your character?

EastEnders was a dream come true- a blessing! I had the opportunity to work with some incredible directors and inspirational actors from all over the world. EastEnders gave me a chance to learn as much as I can about soap operas and the technique required to perform in them. I remember when I got the call to say they wanted me. I was still on the building site in the middle of a very cold winter. I always had faith that if I worked hard enough with my acting process, I’d be absolutely fine… but the only problem was COVID pandemic. Speaking to tennis balls or saying something incredibly intimate at a 2-meter distance was always a challenge for me and to be honest something I never got used to and hopefully I’ll never need to. I feel like I learned so much during my 2 years on EastEnders it was impossible not to grow as a person and an actor. I realised how much freedom I need in creating a character and how much license is still needed if you are bringing back an established character with a new actor. And I have faith that the stories I tell in the future won’t be hindered by a pandemic. 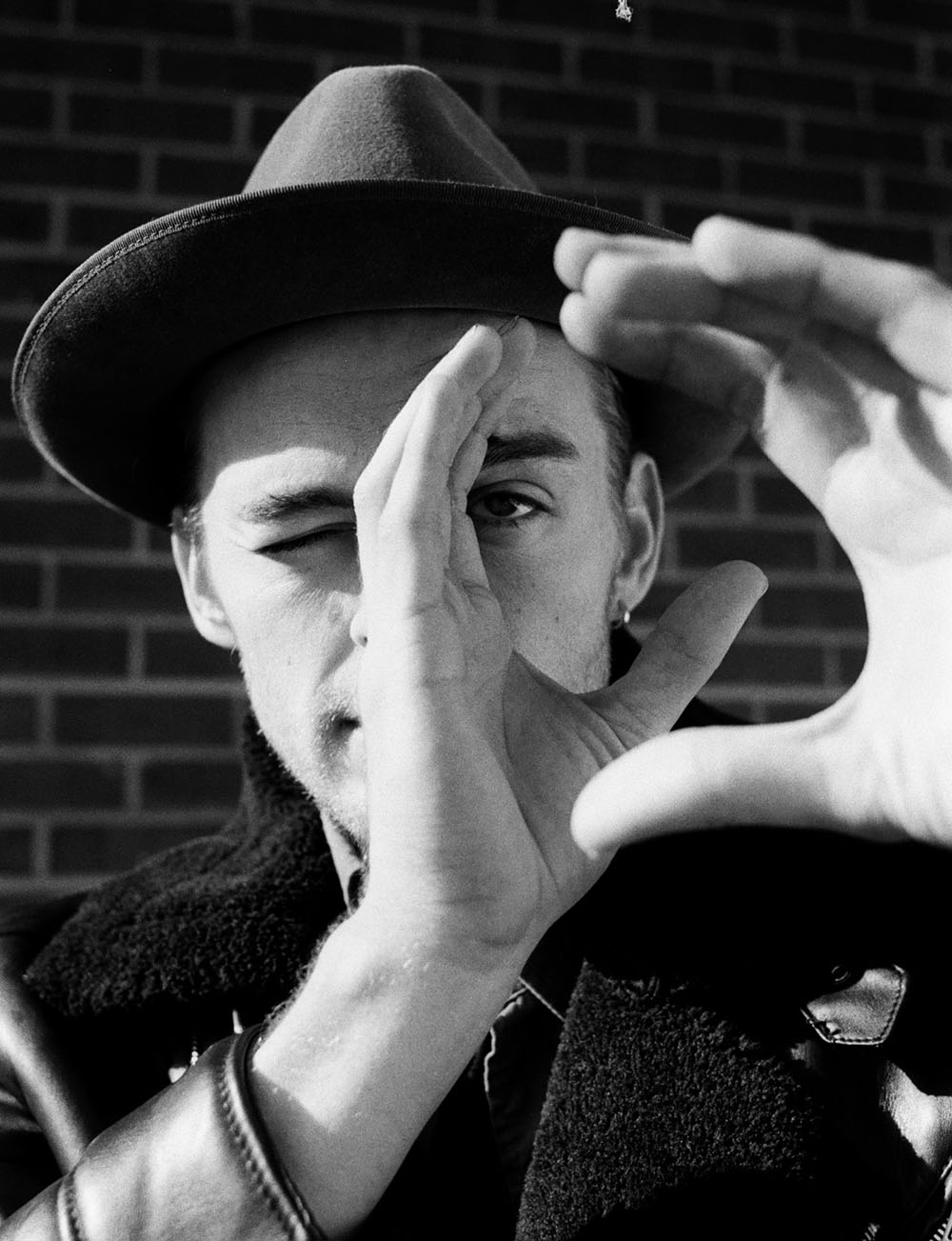 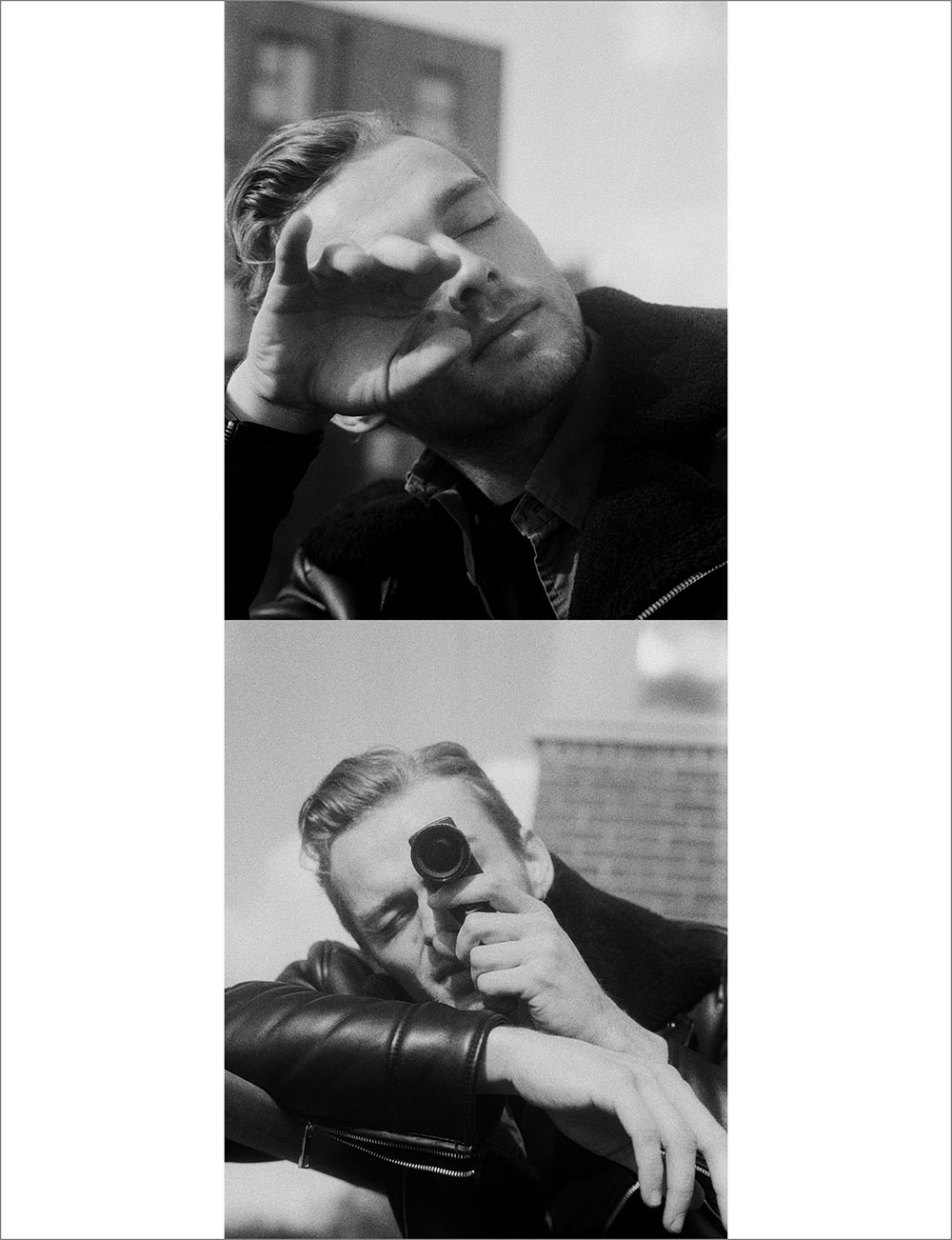 Are there any types of characters you would love to explore? Any roles you would like to play? What does a character need to make a part interesting for you?

I’ve always loved the antagonist in a story. When I was growing up, I’d always root for the bad guy in a film, there’s just always something about them, they are completely free to be created as you want! They aren’t bound by stereotypical intentions and objectives like love and friendship. Put simply I find the villain so much more interesting and fun to create! Maybe being 6 foot plus and growing up on an estate with 2 older brothers has made it easier to find that side of my character and tap into What, why and how they justify their actions, and more often than not everything comes from a small but justifiable place of truth. There’s normally a clear battle going on on the inside, and how much of that battle is seen will determine the audience reaction to you. 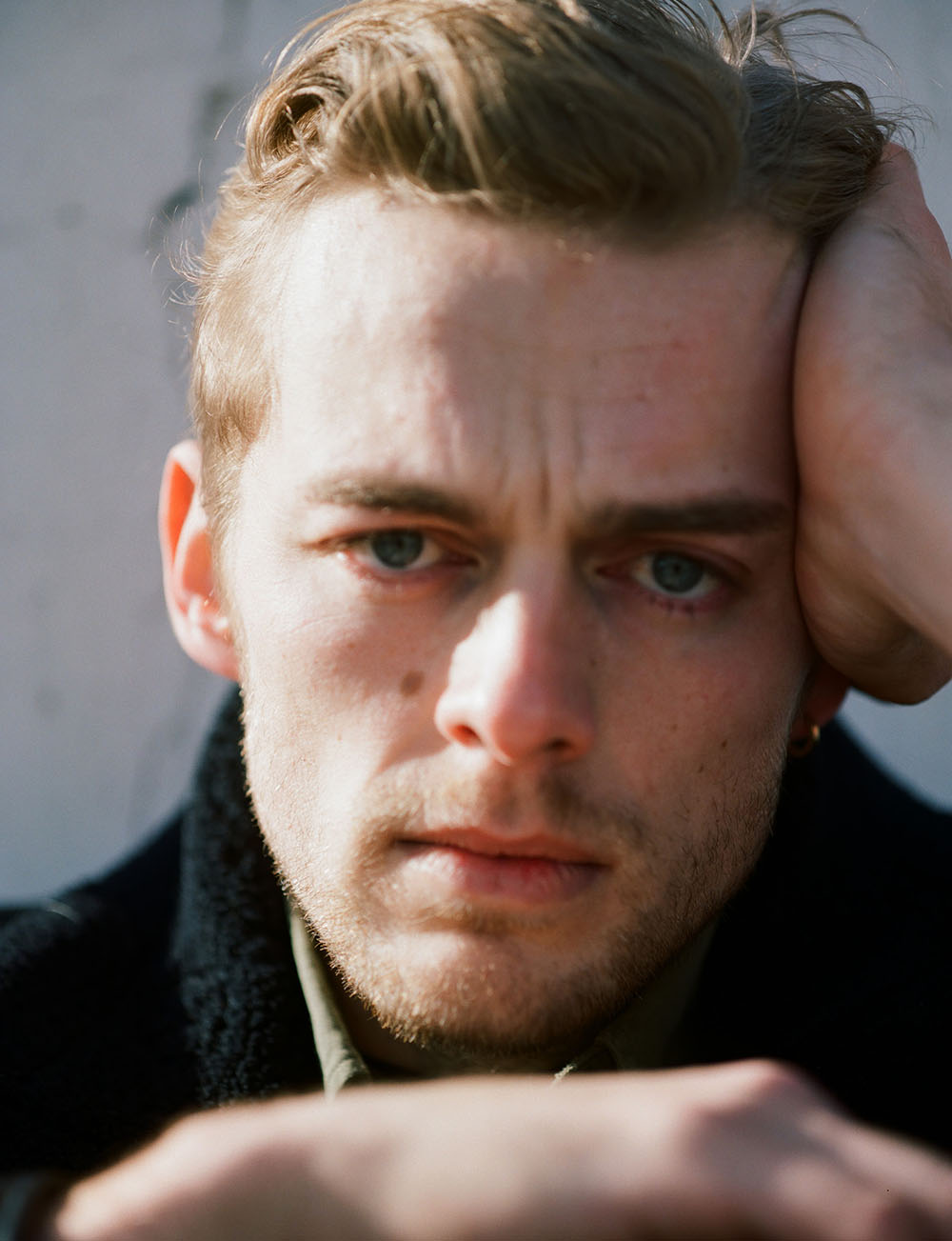 Do your on-screen experiences ever get under your skin?

I can only speak for myself with regards to letting a character or scene stay with me. I had a friend record positive affirmations for me to listen to after a tough day filming because my girlfriend would without a doubt notice how heavy I seemed in energy and communication after a long day’s filming. My character on EastEnders would spend hours a day being battered and tormented by his family and every time I came home, I’d almost feel the same or a sense of not being good enough and I’d feel I felt like I didn’t want to talk to anyone, which is not like me at all! But the affirmations along with a 20-minute breathing warm down did the trick!

How do you measure success?

I think if I had to measure success it would be based on longevity of happiness! True inner happiness! In my eyes if you are truly happy with yourself you are successful and hopefully your job won’t interfere with that. 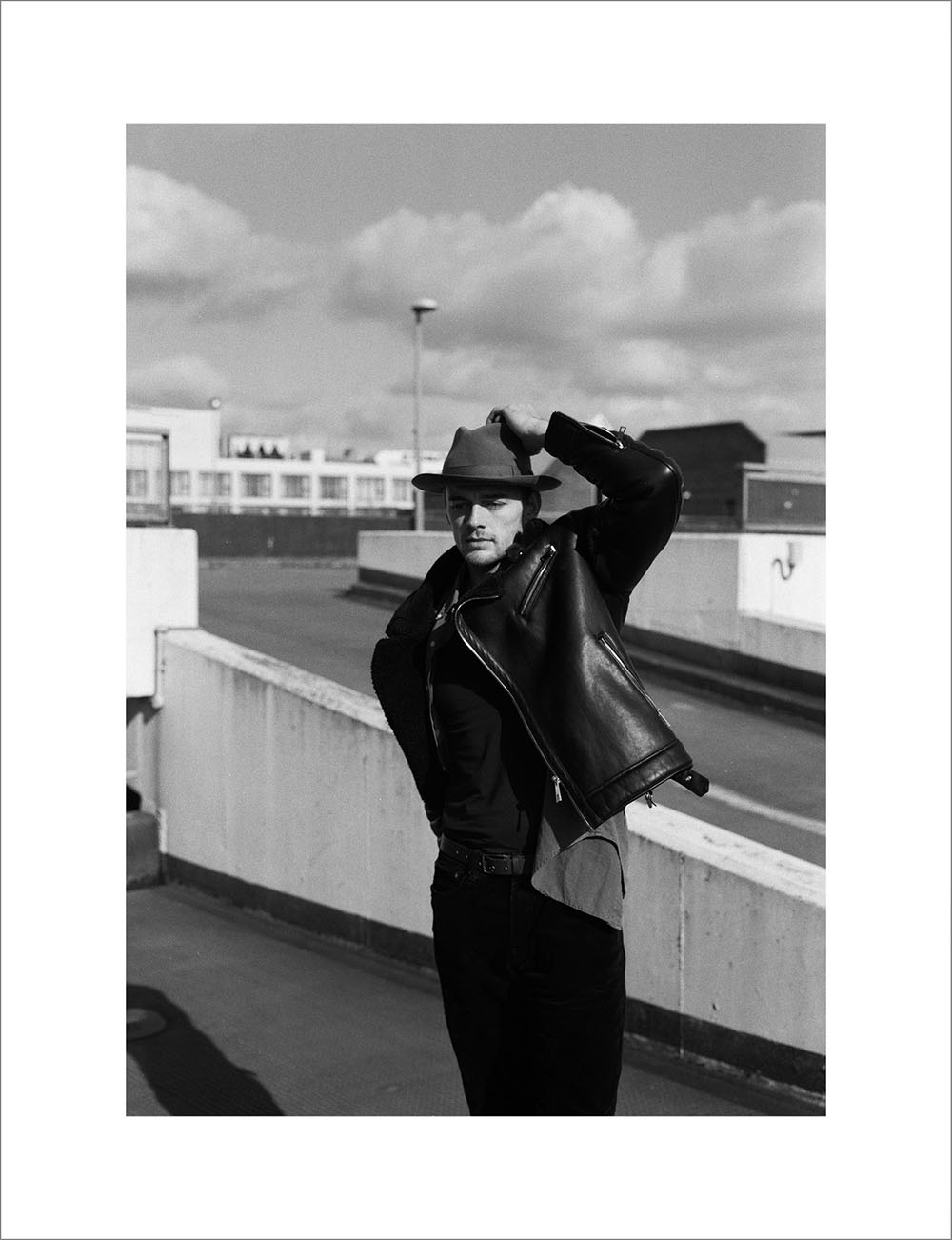 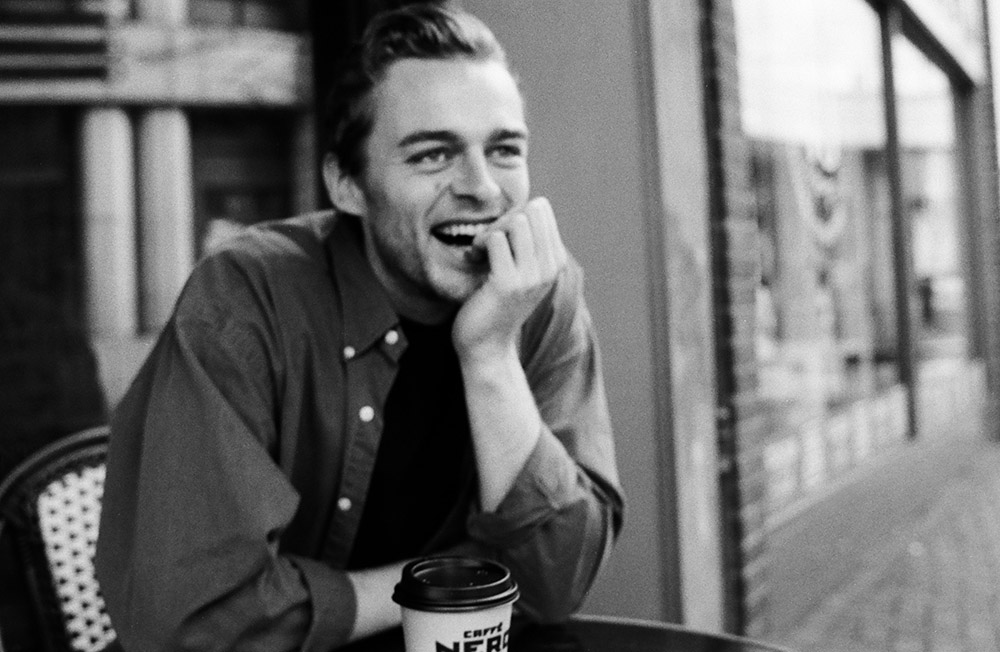 Stranger things, Barry, Dopesick (I can’t get enough of Will Poulter) and the mayor of Kingstown are the last 4 things I binged watched.

A director you would like to work with in the future?

I’d love to be in ANYTHING with Edgar Wright, Denis Villeneuve or the Safdie brothers at the helm. The vision, playfulness and rawness they tell their stories always keeps the audiences completely engaged and wanting more. 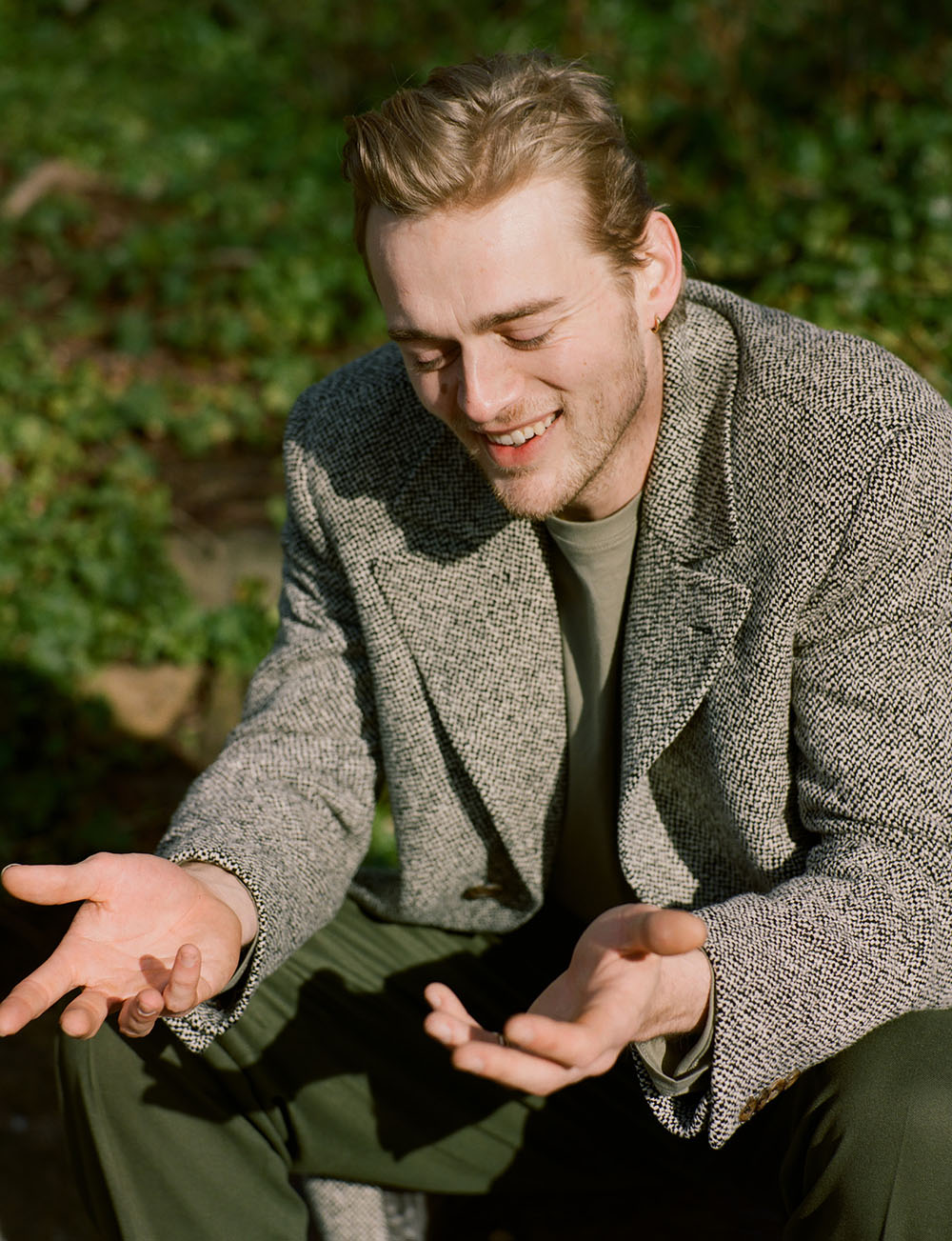 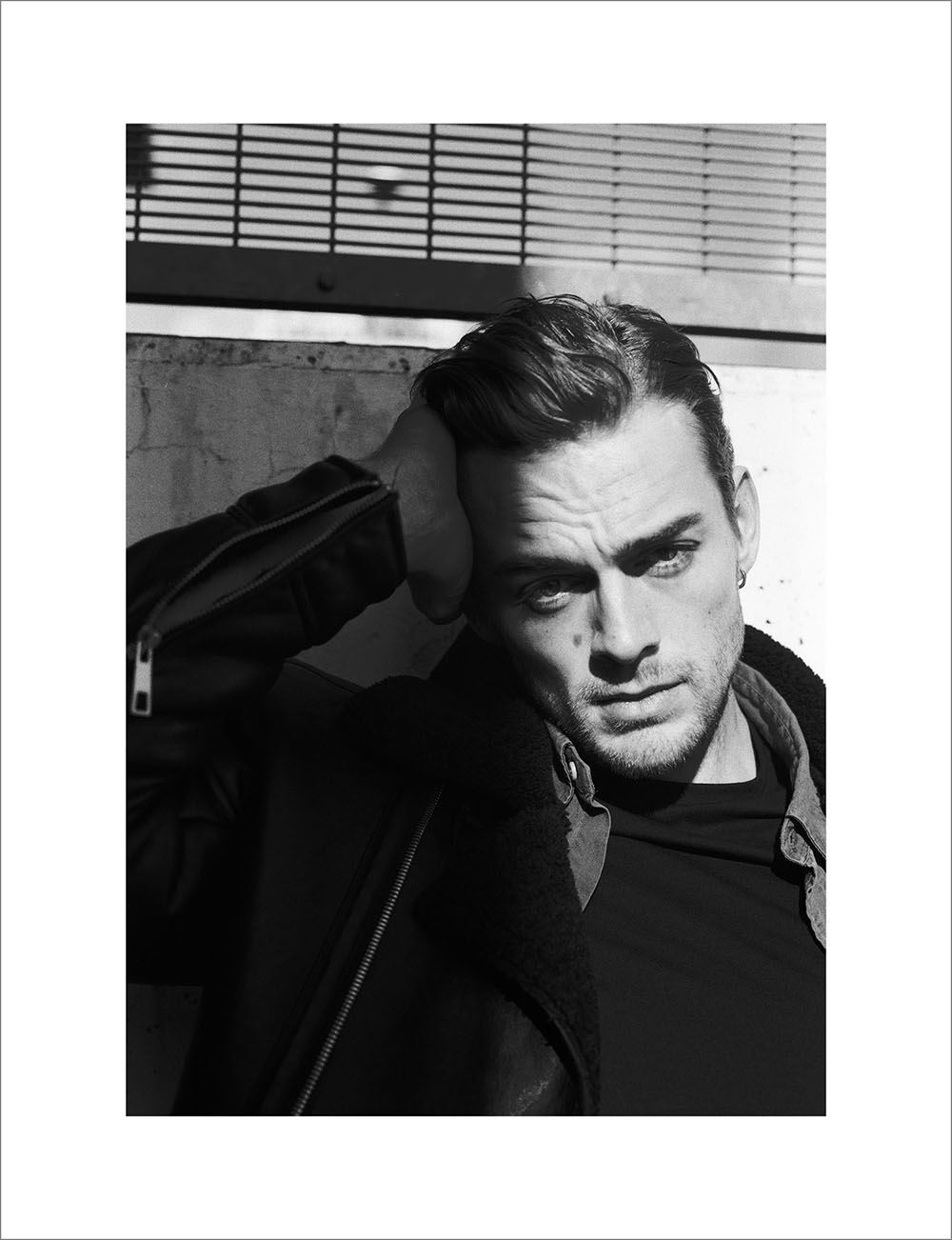 Tell us some facts about you people may not know.

I tend to stay well out of the way of the ‘show biz’ side of my profession.. I like spending time deep in nature with my dog and my closest friends. Forrest’s, beaches and amazing camping spots! 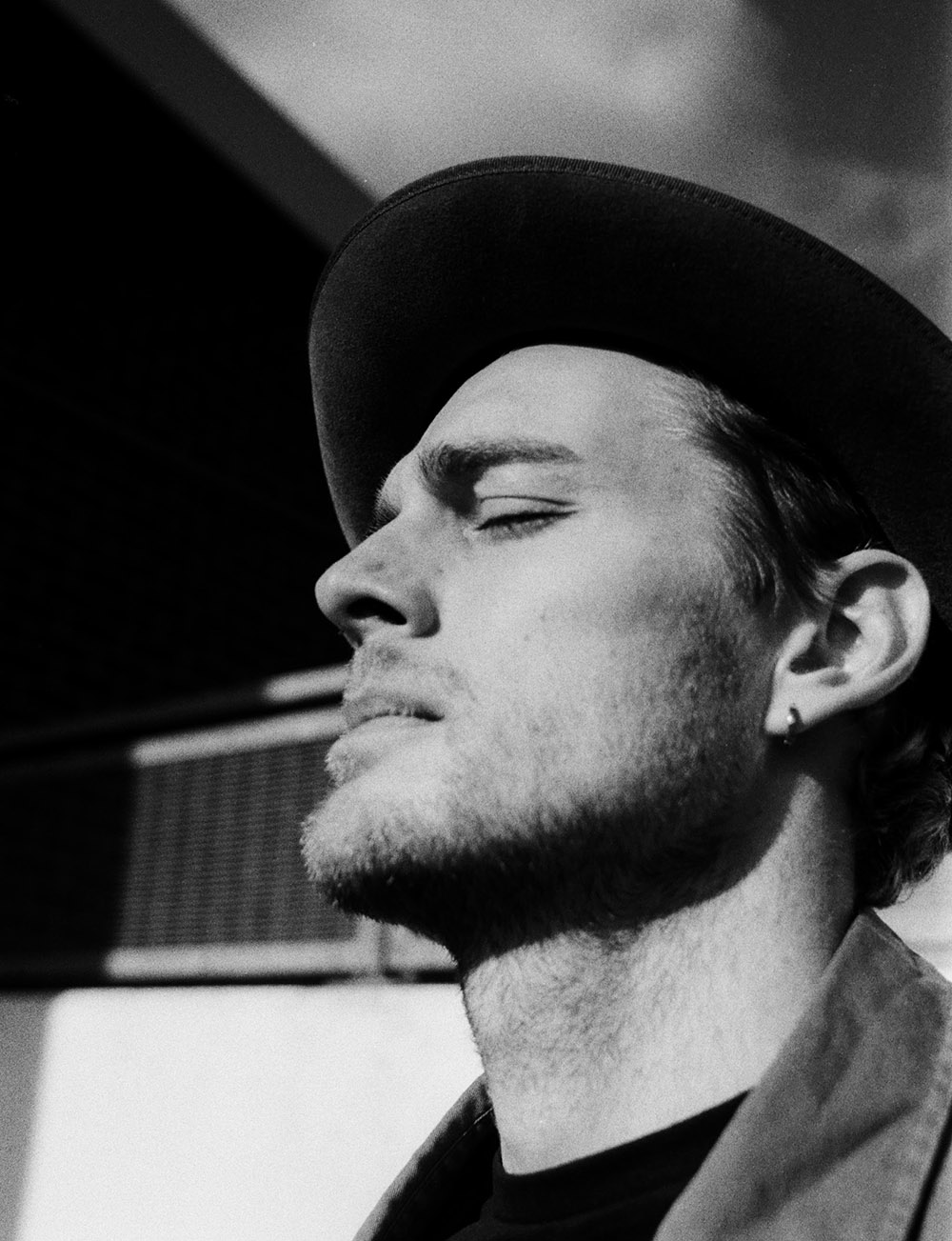 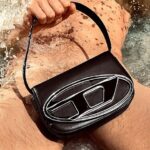 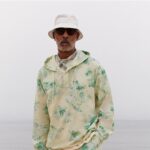