Streetwear brand Supreme has joined forces with American ski apparel brand Spyder for a capsule collection consisting of a Fleece Jacket, Fleece Pant, L/S Top and Balaclava. Spyder has been the official supplier of the US Ski Team, the Austrian Ski Team, and the Canadian Ski Team. Today, it is one of the largest ski-specialty brands in the world, and remains globally known for its performance innovation.

American ski apparel company Spyder was founded in 1978 by David Jacobs, a championship-winning skier and coach of the Canadian National Ski Team throughout the 1950s and 60s. By the late 1970s, Jacobs had noticed that only one brand of slalom sweater was available on the global ski racing circuit and felt he could develop a better product. He established a mail-order business based out of his kitchen, and soon broadened his offering to a range of padded ski racing sweaters and pants, as well as racing accessories. Over the following decades, Spyder developed new technologies. In 1994, the company was granted a patent on its SpeedWyre racing suits, designed to streamline air flow and reduce wind drag. But by 1997 – after multiple U.S. Ski Team athletes won World Cup Downhills wearing SpeedWyre-enhanced suits – the International Ski Federation banned the technology, claiming that it resulted in an unfair advantage. – from Supreme 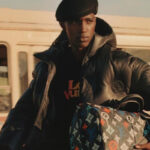 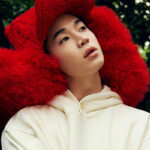