Preceding the untimely loss of his mother, Kim Porter, a former actress and model, Quincy Brown was photographed in New York City exclusively for this issue of MMSSCENE Magazine. Brown is a multi-hyphenate creative who is actively involved in music, film, television, fashion and tech, and has his sights set on even more in the future. He currently stars in the FOX TV hit series, Star produced by acclaimed filmmaker Lee Daniels, and has a lead role alongside talented actress Kat Graham in the new, Netflix film The Holiday Calendar; of which, Brown scored two songs for the film.

Signed as a male model with the prestigious IMG Models, Brown has received praise from Vogue magazine for sharing his ‘multidimensional talents’ witnessed in his music video “Snuggle Up,” where he co-directed the video using a Google smart phone; as a result of his tech-savvy, Brown was recently appointed as an ambassador for the company’s ‘Pixel 3’ launch. He was also tapped by GQ magazine’s creative director Jim Moore, to be the face of his limited edition T-shirt line. 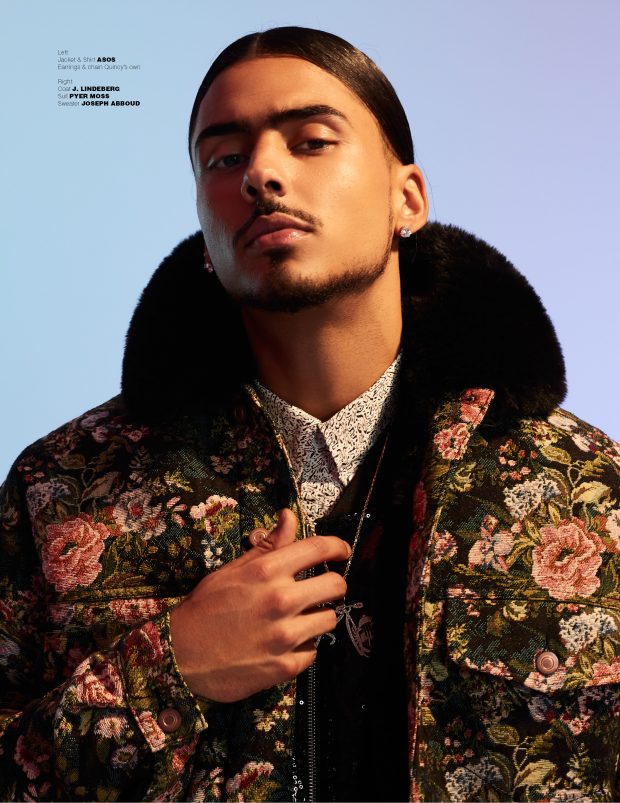 Going to the max in our exclusive editorial, Brown -who is rarely seen with his locks unbraided or un-bunned- was photographed with his gorgeous hair worn down for dramatic flair. Of the look, Brown says, “I like my hair right now, it gives me the flexibility to create new looks. Every hair style has a different feel and identity, but every style is still me. Hair is a form of my power. Short or long. If your hair is not a priority, it should be,” he adds. 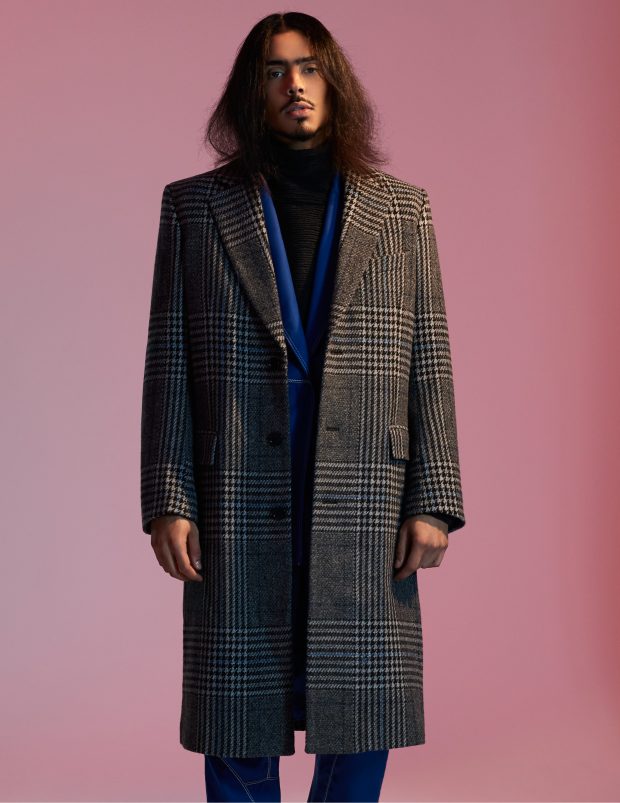 In regard to men’s fashion and the prominent styles from this year, Brown says, “The resurgence of the 80’s and 90’s will continue to be a mainstay, but with a hybrid of modern twists; it’s an era that really highlights a lot of my fashion inspiration. I’m a big fan of texture, layering and unusual details- I dig an athleisure look as much as a well-tailored suit.” Looking forward to next season and discussing the staple items that guys should have in their closet, Brown says, “My predication for men’s fashion is that color will take the lead. And the most important item that men should have is a great watch- but don’t forget to wear deodorant.” With a combined social media following of 35 Million fans, Brown’s creative content engagement has proven him to be an effective and powerful industry influencer – splitting his time between Los Angeles, California and Atlanta, Georgia. 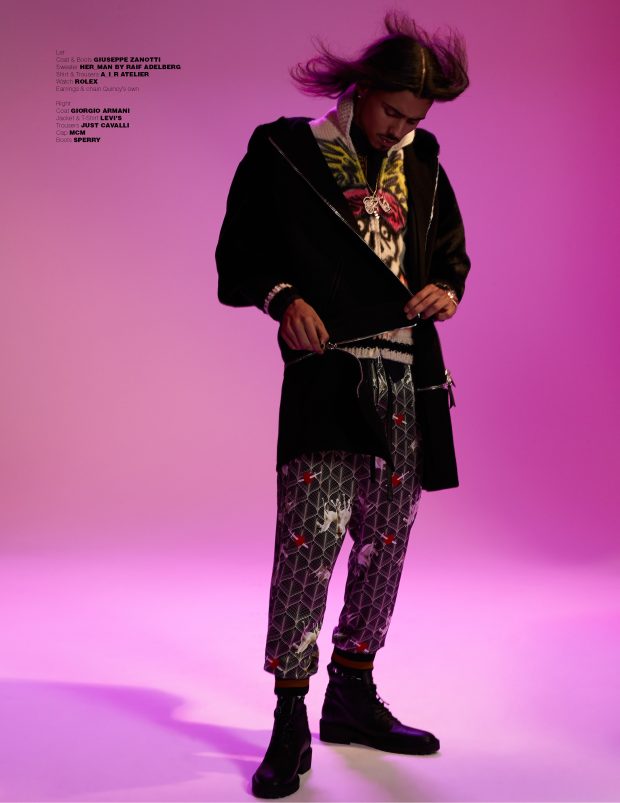 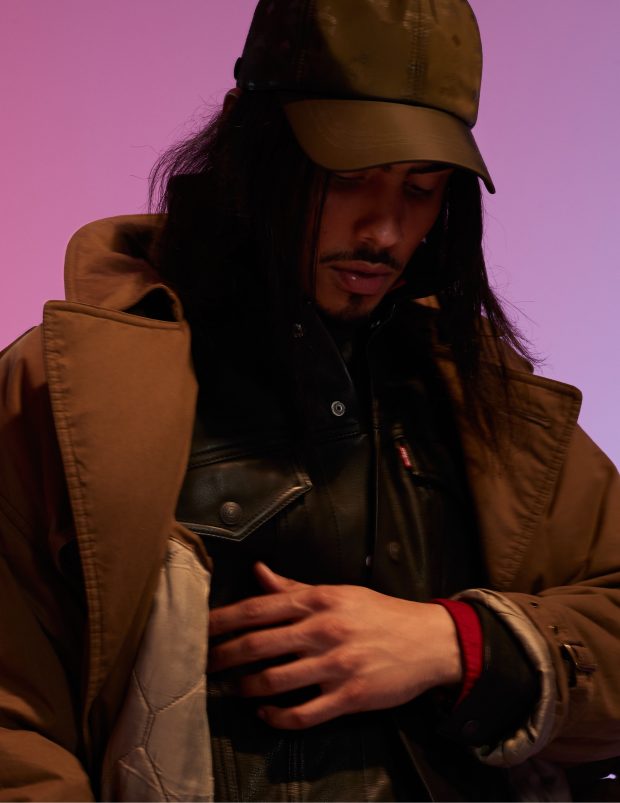 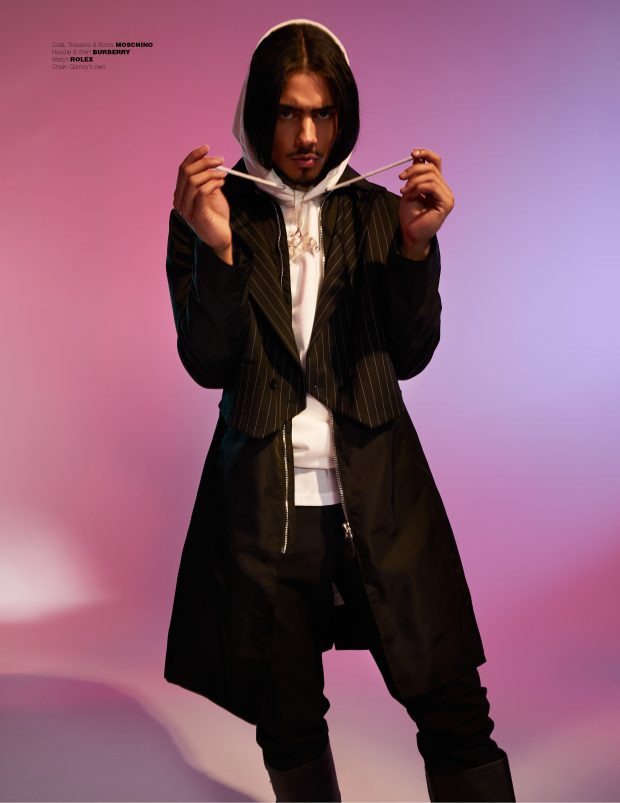 Get your copy in print or digital – available in MMSCENE Shop.