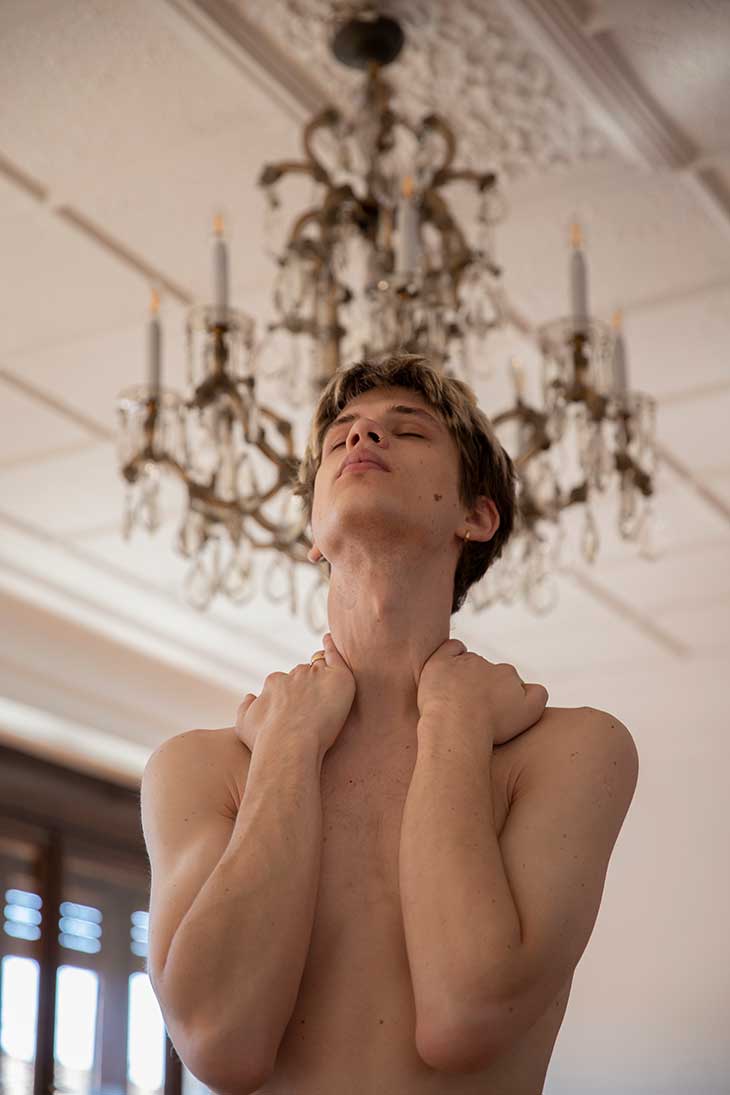 Lazar is represented by Vampire Model Management in Belgrade. In his first runway season Lazar already walked for brands such as Loewe, Palm Angels, Capasa, Dsquared2 and Dolce & Gabbana.

Lazar is the face of this seasons Versace Jeans campaign, and also worked on the latest advertorials and lookbooks for Diesel and MSGM.

Lazar’s mother agency is Vampire Model Management while in Milano he is placed with Crew Models, in Spain with Sight Management Studio and M Management in Paris. 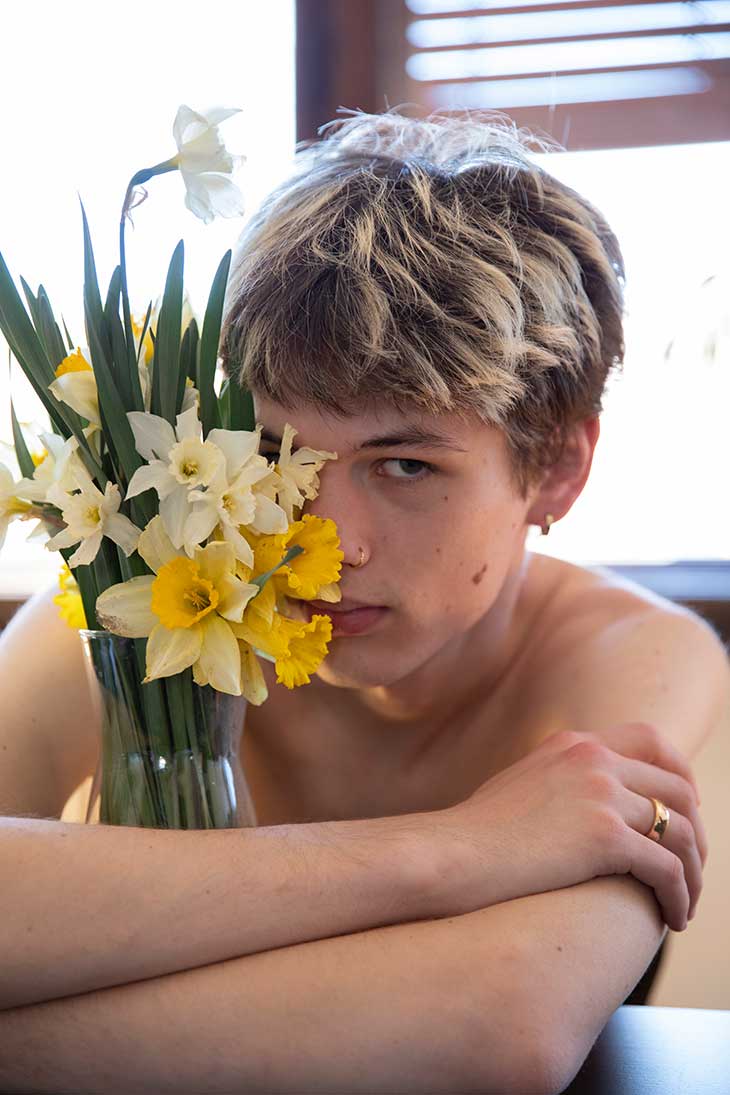 Lazar: Basically i saw an ad on social media about an open casting for an agency I’ve already been following for some time. After some thinking and advice from friends and family I decided to try to apply. Been growing along with my team ever since. 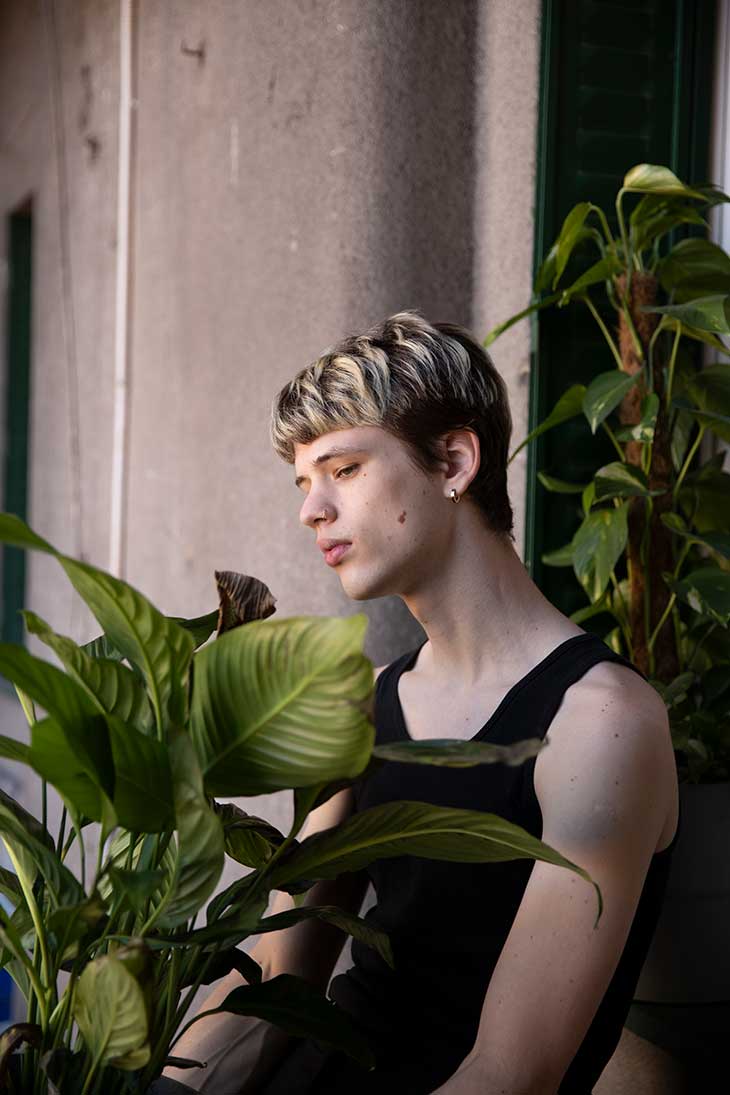 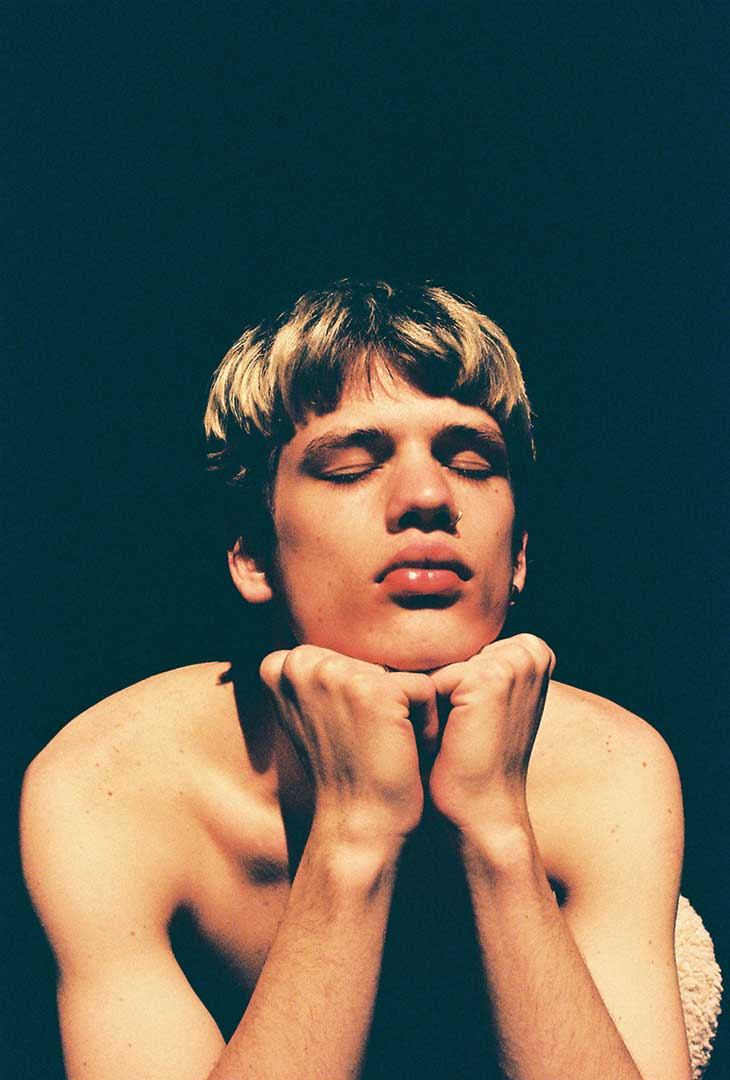 Was modeling something you always dreamed of doing?

Lazar: The thing is I didn’t think so for the longest time, but I think that is only because it seemed like something so far out of reach. In hindsight it has definitely been on my mind for years and I am so thankful that I went along with it. 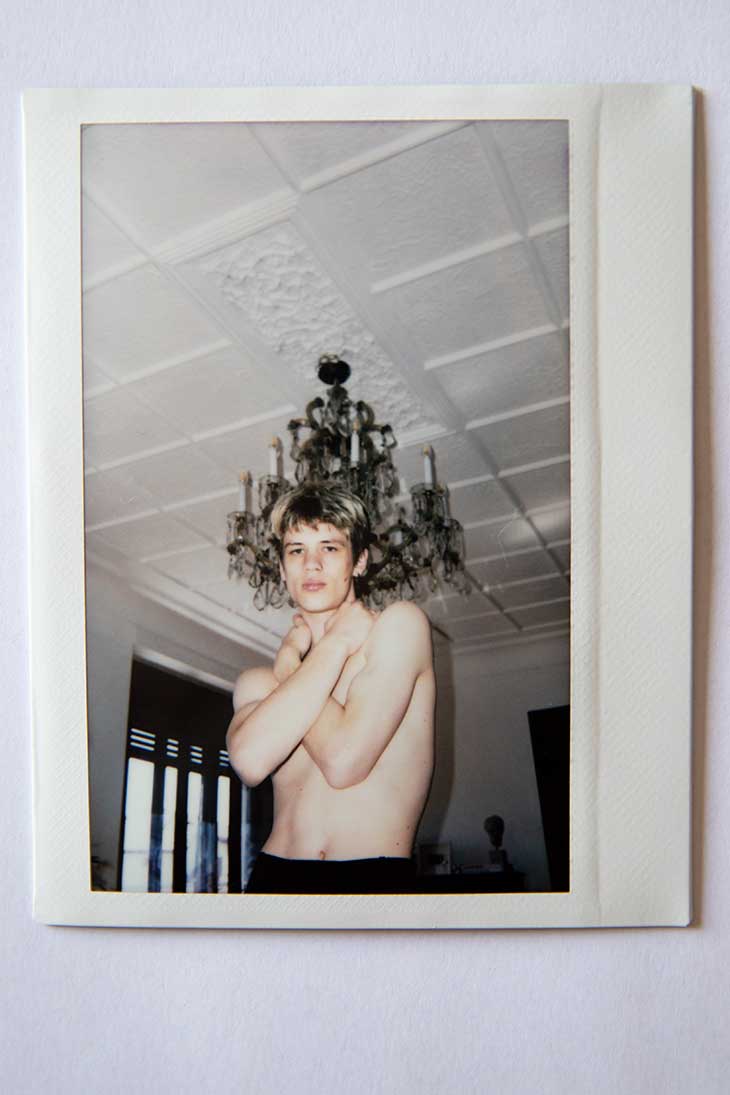 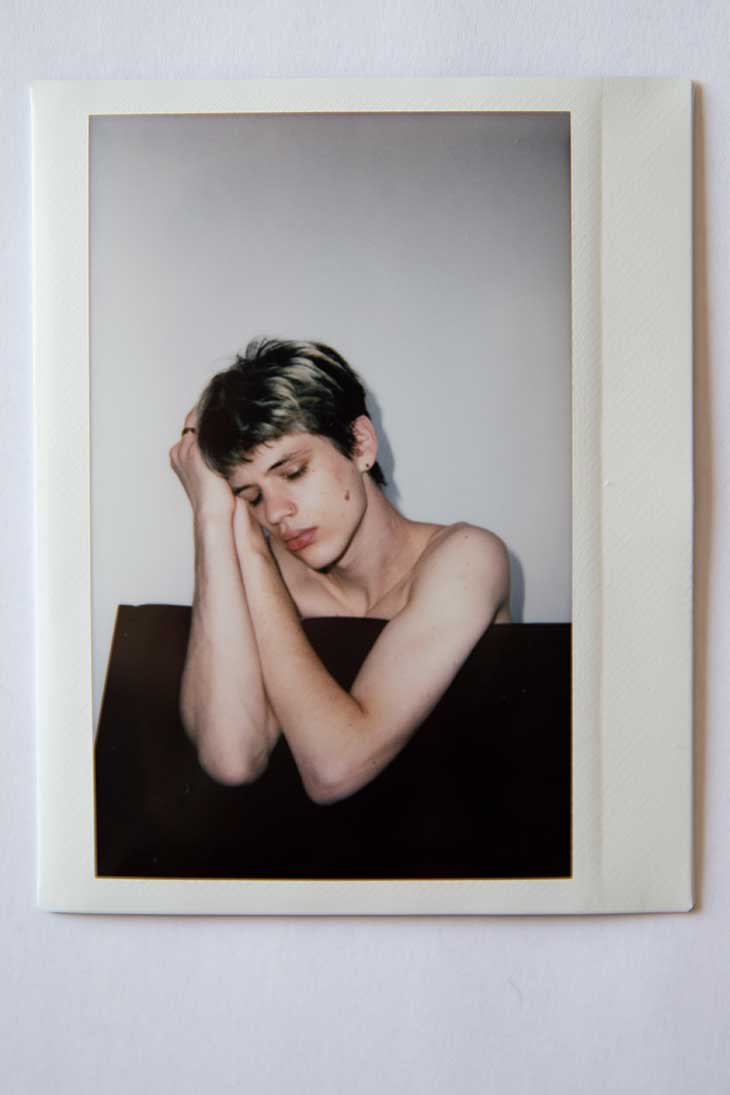 How would you describe your personal style?

Lazar: Adjustable, most of the times I wear things I like at the moment, so to pinpoint something would be hard. However I always had a thing for dark and oversized clothing with a hint or a detail that resonates with my culture, current state of mind or artistic interest. 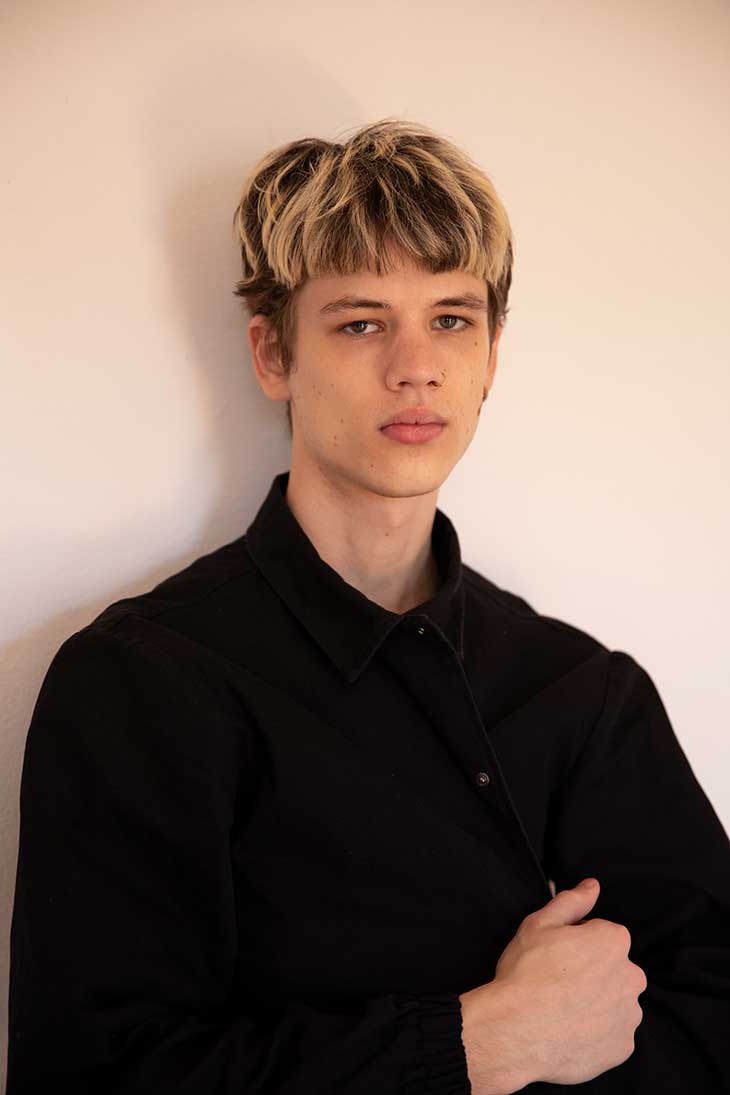 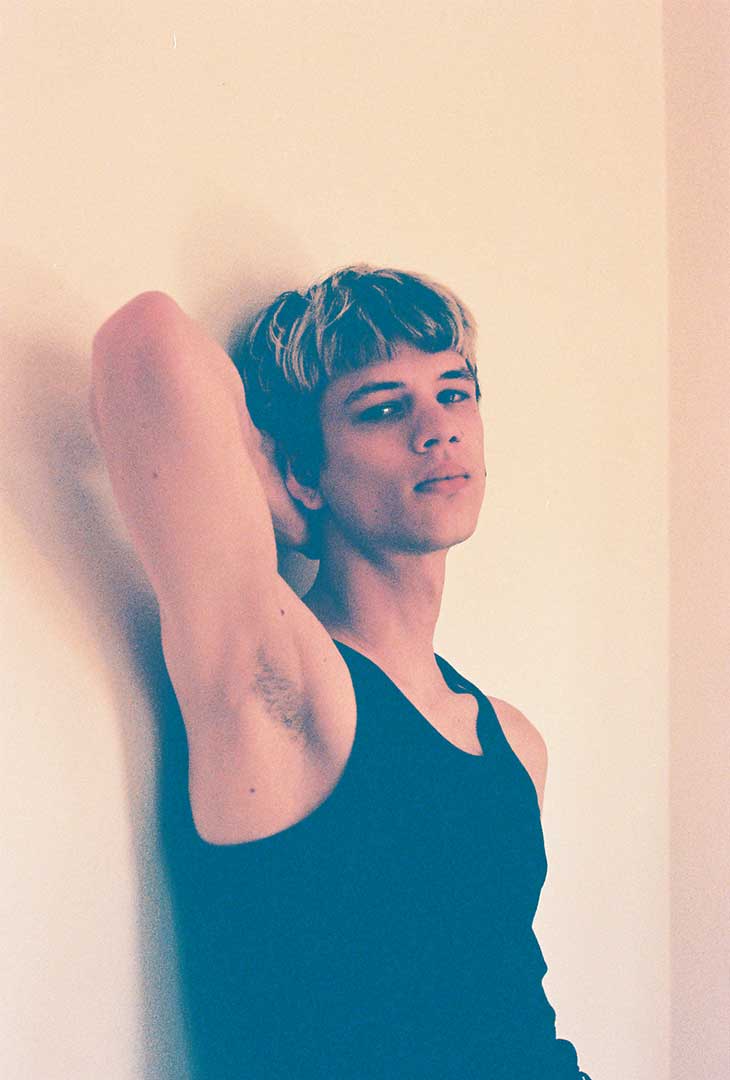 Describe to us your go to outfit.

Lazar: A dress shirt under a parka or a long coat. I see potential in quality running shoes so i would wear them with a pair of relaxed pants. Finish the outfit with a messenger bag for practicality and jewelry for some luxury. Simple, but effective. 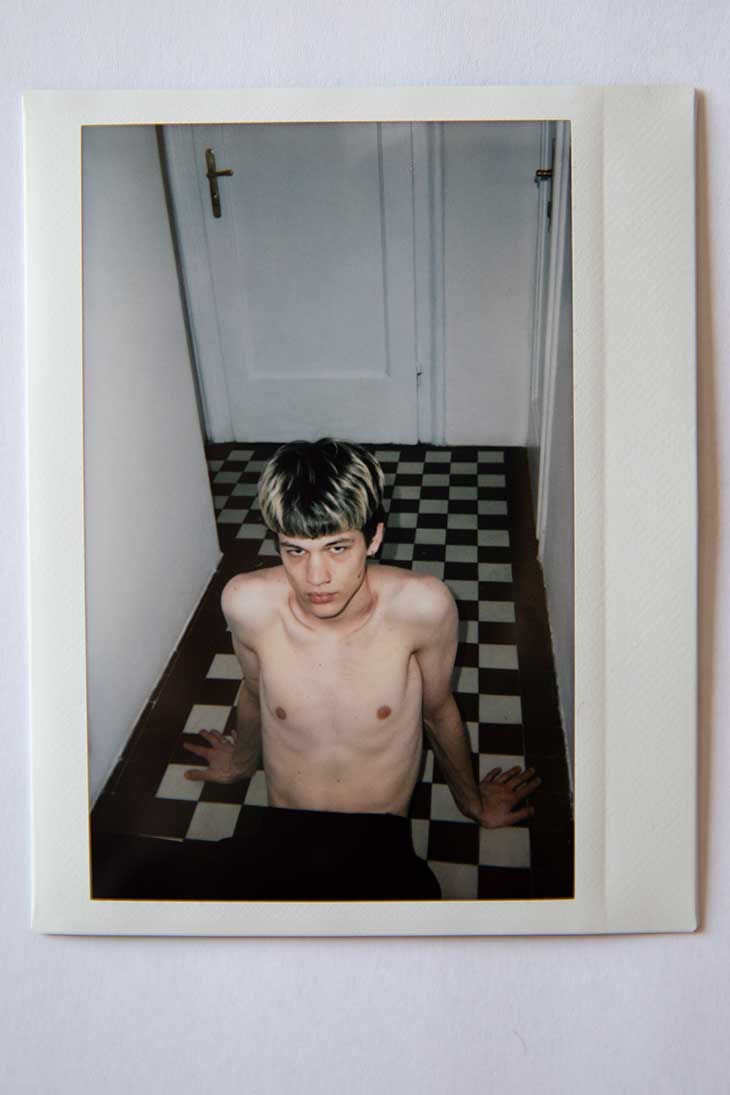 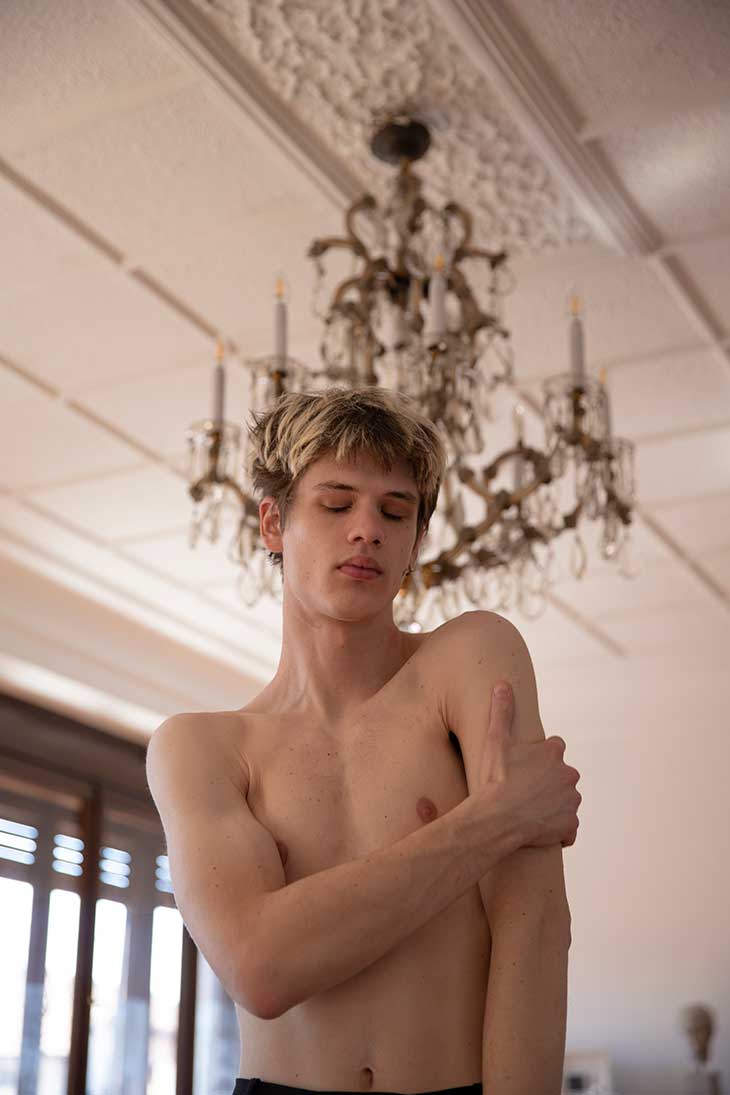 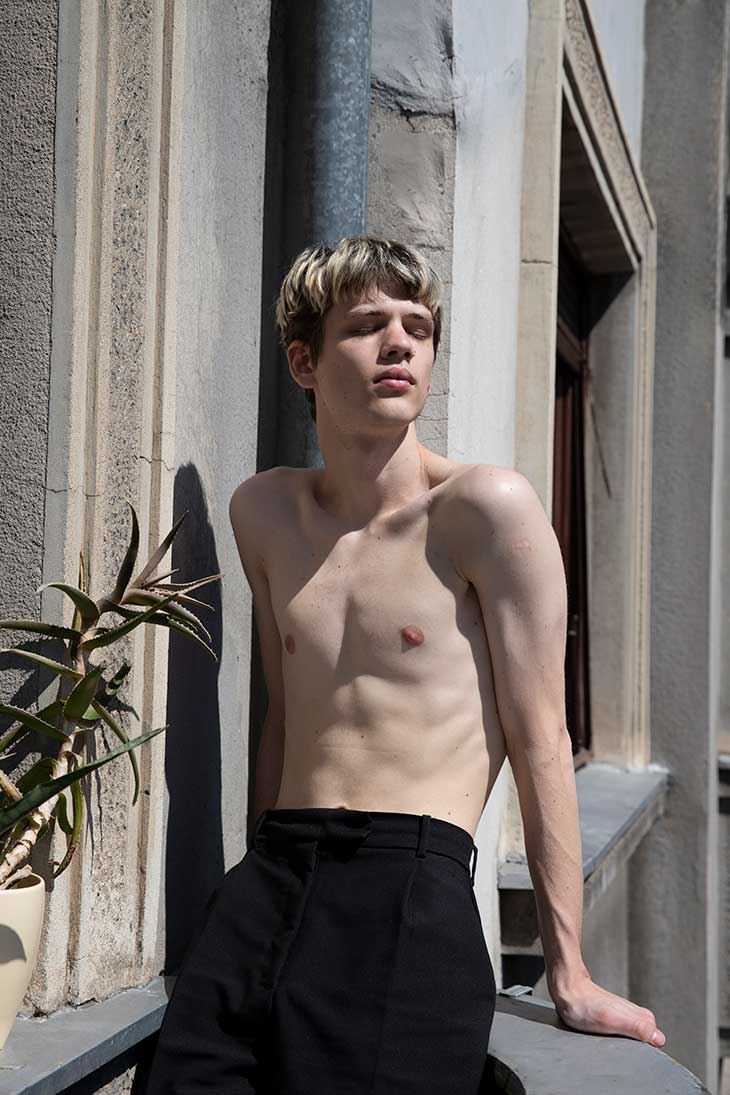 What is your favorite thing to do in your free time?

Lazar: Creating any form of art, in the most cases digital. I enjoy the process of creating in itself, but the thing I love more is being able to reflect on it and be reminded of my mind state at that moment of making something. As well as seeing how i grew mentally and artistically from my earlier work. 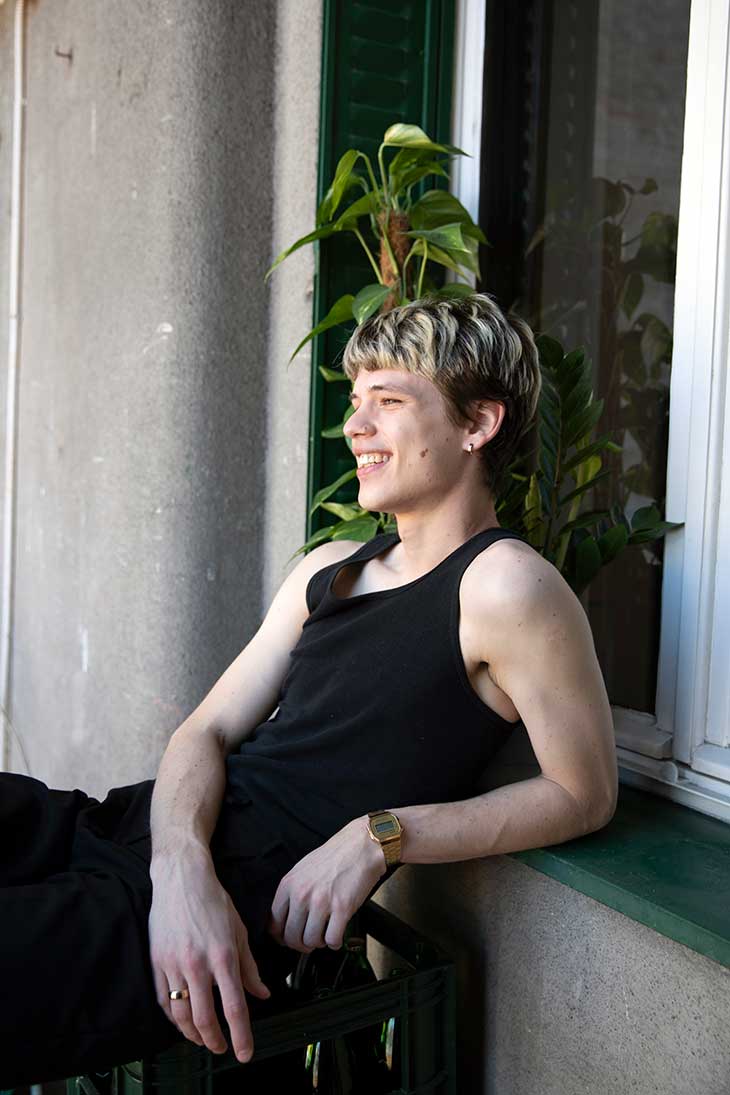 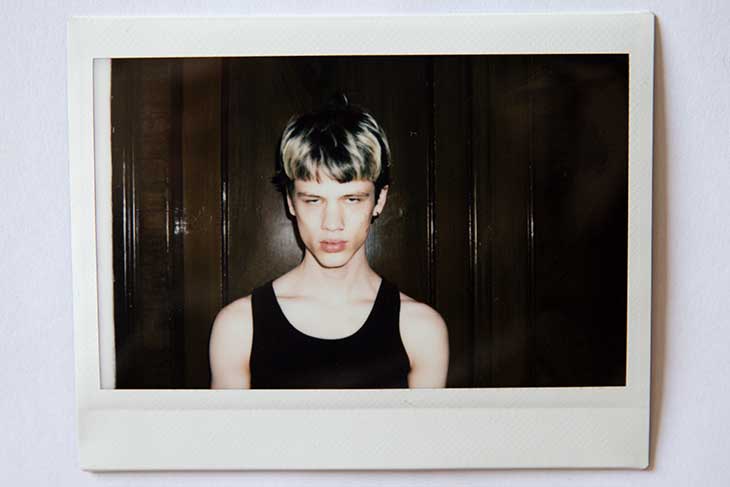 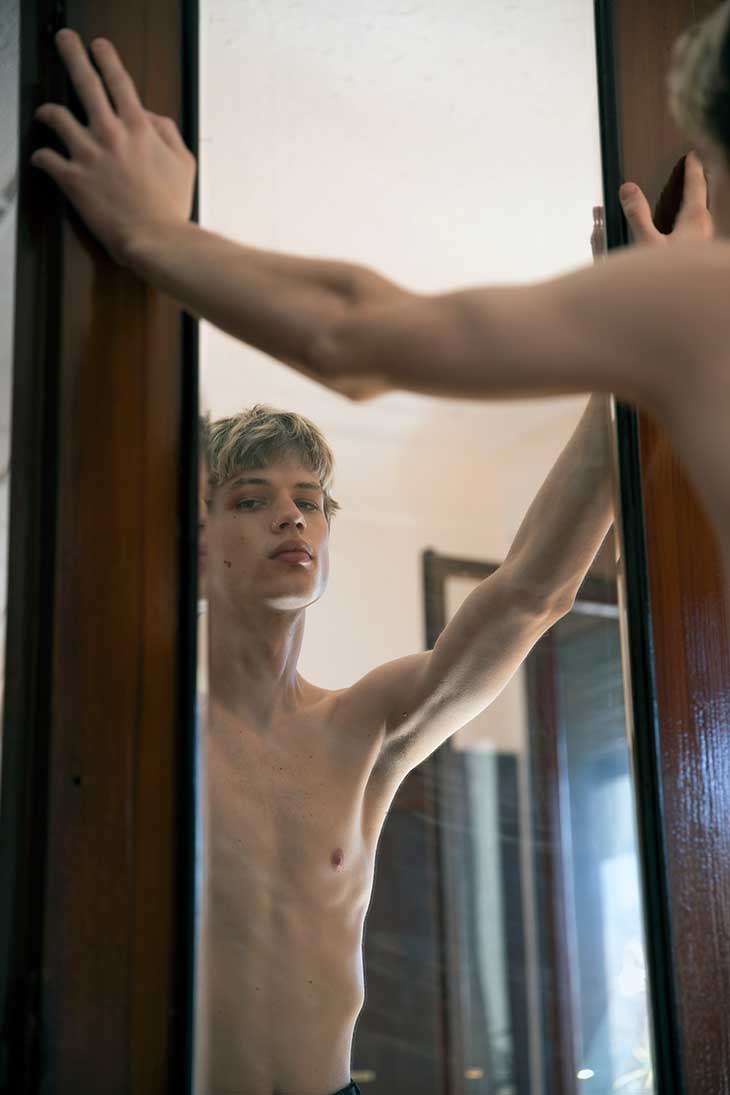 What’s on your playlist?

Lazar: Hip hop and techno have always and always will be a part of my playlist. Some of the artists I have been listening to in the past few months are Lausse The Cat, Flume and Gucci Mane. 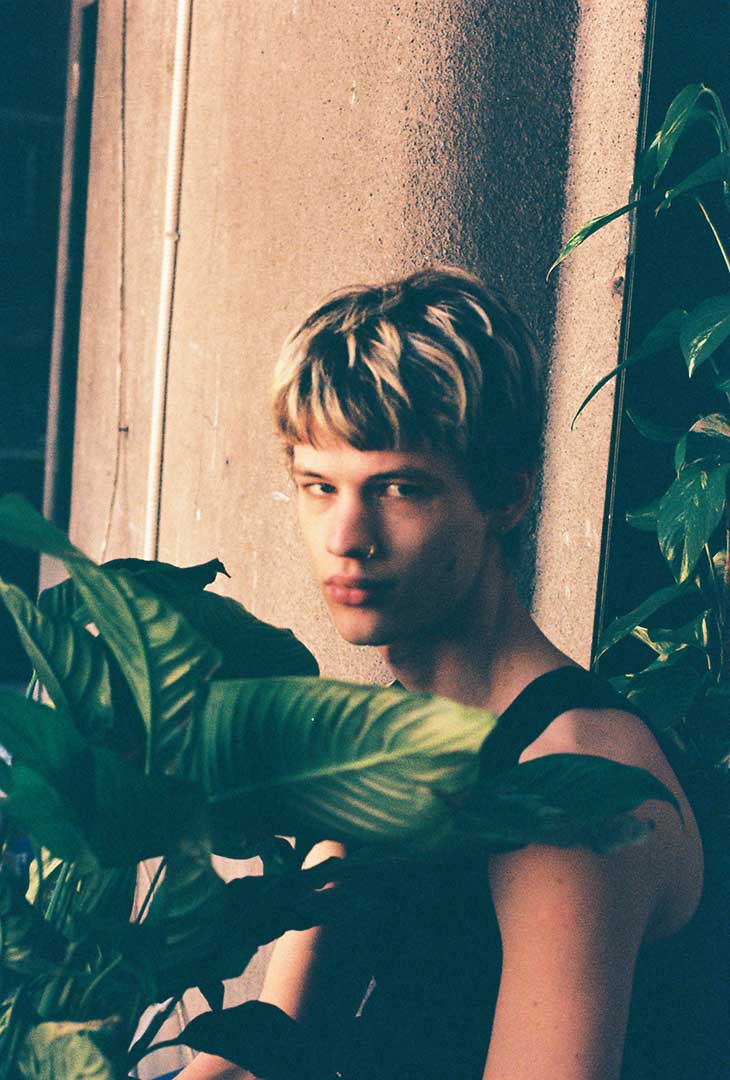 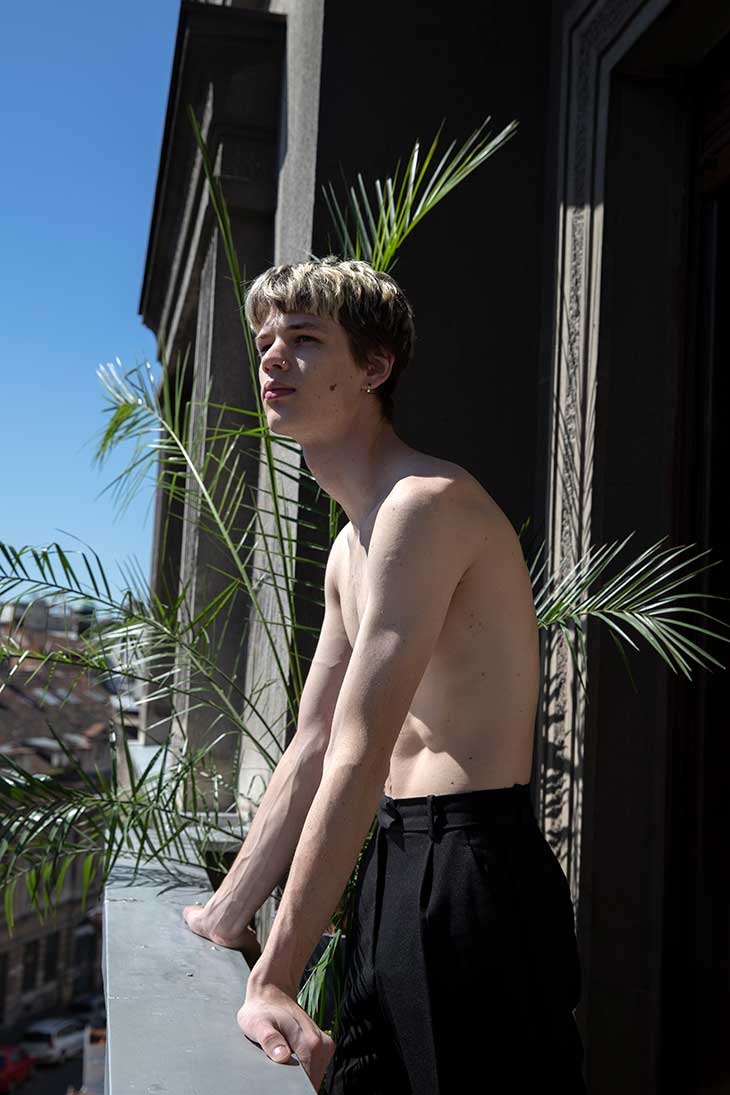 What are your future goals, dreams and plans?

Lazar: Being someone that constantly has to be stimulated in some way, sedentary lifestyle doesn’t seem like something i would strive to achieve. So naturally i want to travel a lot, get acknowledged and paid for things I truly enjoy doing, explore cultures and meet people. Graduate college and be in control of my life and decisions as much as it’s possible. 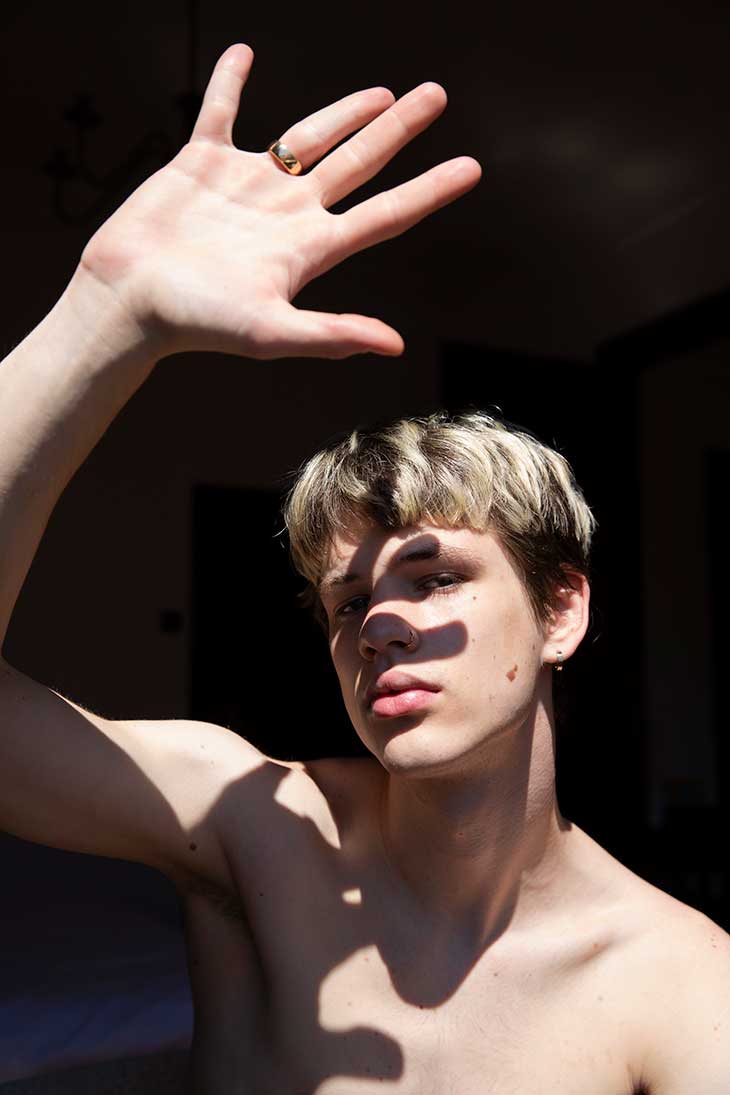 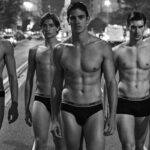 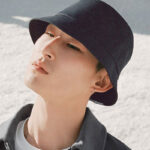