People have always been attracted to the phenomenon of the time. From prehistory to the present day, the world of horology has gone through a large number of various devices for measuring time. Sundials and water clocks were among the most commonly used methods until the end of the 13th century and the discovery of the mechanical clock. With the discovery of it, every rich household had to have at least one as it presented a symbol of luxury, wealth and success.

After the invention of mechanical watches, watchmakers went a step further introducing the pocket watch. The first manufacturer of pocket watches was Peter Henlein (1480–1542), a locksmith from Nuremberg, but today none of his watches have been preserved. The oldest surviving pocket watches date from 1550 and are known as the “Nuremberg eggs”. As a rule, pocket watches had the shape of an oval, an elongated octagon or a sphere. In the middle of the century, watches of unusual shapes became fashionable. Pocket watches were most often made in the shape of a shell, a skull, a cross, a prayer book, a dog figure, and it could be said that their greatest value is in the uniqueness or attractiveness of their shape. At the end of the 16th century, pocket watches became popular in the form as we know them today, they are becoming thinner, more precise and more accessible to the wider social masses.

If you search for the best pocket watch brand, for sure the first result will be Patek Philippe. The Swiss luxury watch and clock manufacturer founded in 1839 is inevitably one of the most popular and expensive ones. They are rafting some of the highest quality watches in the world, and are known for their extreme level of complications and continuous innovation in watchmaking techniques. Patek  Philippe also holds a record for the most expensive pocket watch ever, the Patek Philippe Henry Graves Supercomplication, fetching US$23.98 million.

The second manufacturer that comes to our minds is Breguet, a luxury watch, clock and jewelry manufacturer founded in France. The most famous pocket watch made by the founder of this house was a masterpiece made for Queen Marie Antoinette, commissioned by her alleged lover Count Hans Axel von Fersen. It took forty four years to complete ‘a poem in clockwork’, and unfortunately Marie Antoinette did not live to see it.

How to pick the best pocket watch?

Pocket watches remain a popular accessory that can always be used to highlight social status and original style. Leading watch manufacturers are developing modern men’s and women’s models, and today you can buy a mechanical pocket watch on a chain in any specialized store or online. If you are thinking of buying expensive Swiss, Japanese or Austrian movements, and you do not have enough funds for that, we advise you to pay attention to the copies made on modern equipment made of high-quality materials. Replicas are fully in line with the originals, repeating all the parameters, identity of the case, styles and design, which is important for buyers who have decided to buy a reliable design of pocket watches at a very reasonable price.

How to wear a pocket watch?

To better understand the present, one should turn to the origins and find out how pocket watches used to be worn, when there were no wristwatches. As soon as the form began to gain a flat shape and light weight, they began to be carried in a vest pocket, using a chain of gold, platinum, or silver. In the vast majority it was the lower left pocket of the vest, one end of the chain was attached to the mechanism and the other to one of the holes for the vest buttons, which was chosen just above the pocket so that the chain had a beautiful bend. A reliable connection was provided by a carabiner, a metal latch or a hook, often the main chain was supplemented by some kind of key ring. Military and railroad workers wore a watch in a jacket or jacket pocket.

Today, we spot some similar rules and some newly formed. If you are going to wear a watch in a vest, you should place them on the side opposite to the dominant hand: left-handed – in the right pocket, right-handed – in the left. Some modern jeans have a special pocket. In this case, the chain can be attached to the belt loop. Also, it is very important to pay attention to the harmony of the style of clothing with the watch. An antique or antique decorated watch should not be worn with jeans and a t-shirt. A classic suit is more suitable for this. At the same time, the watch on the chain does not shy away from fashion trends so everyone can add something of their own in detail about their use. If it is difficult to add something of your own to a watch, then pocket watches give freedom to the imagination: you can embody any pattern or decor on their cover. A pocket watch is considered a predominantly masculine accessory, but many creative women successfully wear it in the pocket of a vest or jeans, where the chain acts as an additional decoration.

Today, there are rarely men on the city streets who wear pocket watches, they have gradually been knocked out of everyday life by modern models of wrists and mobile phones. This classic accessory continues to be worn by elegant and imposing men trying to emphasize their individual image and style. Still, fashion and celebrities sometimes seem to dictate the popularity of certain items, for example when David Beckham wore a pocket watch to Duke and Duchess of Sussex’s wedding, everyone wanted to go and buy one for themselves. Also, if you happen to have an inheritance of vintage pocket watches, be sure to take care of them because you’ll never know when they’ll bring your outfit an extra amount of luxury, style and sophistication. The presence of a vintage, artisanal watch  boldly declares to society that your family has always had the finest taste. 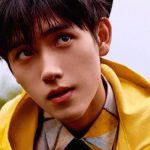 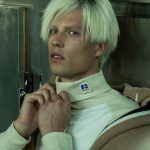