When it comes to sneakers, often times certain colorways are synonymous with certain shoes. When we’re talking about Air Jordans, these colors would be black white and red, but there’s probably a second colorway that’s not too far behind and that color is cool grey. The ‘Cool Grey‘ 11s were the first non-og colorway of the Air Jordan 11 to release.

Originally debuted in 2001, the ‘Cool Grey‘ 11s quickly became very popular, especially since Michael Jordan, who had since returned to the NBA as a member of the Washington Wizards, actually wore the shoes on the court. As a result of the popularity of the ‘Cool Grey‘ elevens, Jordan Brand started quickly adopting the cool gray color scheme onto other popular silhouettes, like the cool gray nines the cool grey threes and the cool gray fours and as a testament to its popularity, they would reissue them almost 10 years later with a 2010 version.

This year, the Air Jordan 11 Retro ‘Cool Grey‘ will be making its highly anticipated return as part of Jordan Brand’s 2021 holiday lineup in celebration of its 20th Anniversary. The latest 2021 reissue will come with a higher-cut patent leather, White Jumpman, laces, and midsole atop an icy translucent outsole.

The 20th anniversary of the original launch, the mid-top build is faithful to the original, featuring a nubuck upper with tonal webbing lace loops and a shiny patent leather overlay, all rendered in tones of Medium and Cool Grey. A white Jumpman logo is embroidered on the lateral ankle, while a stylized ‘23’ decorates the heel notch. Lightweight cushioning is provided by a full-length Air-sole unit housed within a white Phylon midsole. Underfoot, a translucent outsole reveals a carbon fiber spring plate for enhanced on-court responsiveness. – from GOAT.

The new reissued version, just like all the other Air Jordan 11’s, features a very shiny patent leather that wraps around the toe box, but unlike the 2010 version, the patent leather mud guard is significantly higher-cut.

Unlike the traditional ballistic mesh that is used on most of the other Air Jordan 11’s, for the ‘‘Cool Grey‘ colorway. they opted for a nubuck upper which is done in a medium grey finish with nylon eyelets stitched on top in the same tonal colored finish on the lateral side.

For the insoles, unlike a lot of the recent Air Jordan 11 releases that come with a polyurethane insole, the new Air Jordan 11 Retro ‘Cool Grey’ come with a standard foam insole and it’s lined in a grey colored finish on the top with a Jumpman logo stamped on the heel.

The upper of the Air Jordan 11s sits on top of the phylon foam midsole which is  painted in a white colored finish, encapsulated within the midsole but not visible to the eye. There’s also a full length aerosol unit for cushioning.

The sneakers come with the classic rope style laces in a white color and underneath this stitched on the center of the tag, There is a classic Jumpman Jordan branding that’s found across the shoe and the tongue itself is also constructed out of a grey colored nubuck just like the body of the shoe.

Turning the shoe over to the bottom, the Air Jordan 11s feature a classic air jordan 11 outsole in a translucent finish with these rubber pods on the forefoot and the back heel with herringbone traction pattern and underneath this there is a carbon fiber shank plate which gives the shoe torsional rigidity and offers midfoot support.

Reportedly priced at $225 USD, the Air Jordan 11 Retro ‘Cool Grey‘ is now expected to release on December 12th at Fight Club and GOAT. You can take a look at other recent Jordan releases here. 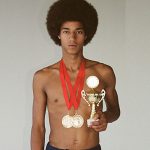 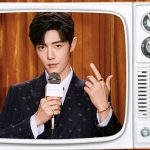