Switch to the dark mode that's kinder on your eyes at night time.

Switch to the light mode that's kinder on your eyes at day time.

You always have to chase your dreams: even if they seem impossible. When I was a boy, the idea of ​​becoming a Formula 1 driver was madness. I was very lucky because my father pushed me not to give up. – Lewis Hamilton

“Pulling back isn’t part of my character and that’s one of the reasons I’m still here today. But the difficult moments have been many. I remember when I came home from school and dad told me that we wouldn’t have enough money for karting that week. The other guys I met on the track didn’t have these worries.“

“To be successful in this sport you have to run with your passion and have a mentality that pushes you to victory. It is normal for young people to want to challenge the older ones and leave their mark: but going faster than those with more experience is never easy …“

“When I was younger I struggled to face defeats, I took things personally and I had a tendency to punish myself. Now I know that every mistake is an opportunity to improve.“

“Climate change poses a serious threat: each of us must protect his future and that of the next generation. Being a pilot, these positions always bring me criticism … But you don’t have to be perfect to make your own contribution. I feel the responsibility to make my voice heard in my sector and in all the activities that I carry out ”

For the full shoot photographed by Rankin and to read the full interview in English with Lewis Hamilton hop over to style.corriere.it 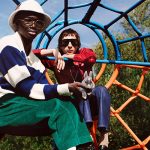 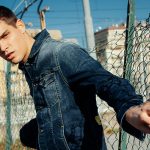