Switch to the dark mode that's kinder on your eyes at night time.

Switch to the light mode that's kinder on your eyes at day time.

L’Uomo Vogue Magazine celebrates European unity with their May 2019 Love Letters to Europe special edition, that features seven cover subjects, among them French actress Vanessa Paradis, and Swedish actor Joel Kinnaman. One of the covers is an outtake from We the People, a portrait portfolio of ordinary men from 20 countries of the Union, captured by photographer Cecile Smetana, featuring Kofi Lawson.

“To talk about Europe choosing to highlight what unites us instead of what divides us – to show the faces, the places, the stories, the dreams which make the European project still relevant. For this special issue we have brought together artists, photographers, writers who share our view that the founding fathers’ dream of peace and unity is far from dead, in fact it’s more relevant than ever, but it need to be fueled by beauty and emotion. At this sensitive time everybody needs to do their part, fashion included” – Emanuele Farneti, Editor-in-chief of L’Uomo Vogue and the author of an op-ed titled I Love EU. 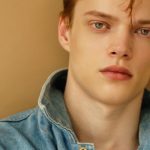 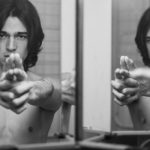