I was going through this whole thing of like, “It’s going to be okay. If it all goes away, it’ll be okay. But if I lose my girlfriend, I don’t know if I’ll be okay.” That’s where “Can’t Imagine” spawned from. What’s on the record is [me] thinking of words on my first pass, stumbling [on] words, and I ended up recording just to get the melody down. I ended up keeping it because of the magic inside of it…It’s definitely made me very aware that no matter how prepared you are for the world, and no matter how practiced you are to be human, there is nothing like sharing it with somebody. The album feels very empowering and strong, but I want it to end on a very honest note. – Mendes

Yeah. So, Justin Bieber and I haven’t been close for a long time. When I was nine, Justin was my Michael Jackson. He was everything. He was what everyone talked about, the singer who everyone wanted to sing and dance like. He completely inspired me to start singing. Justin and I have never really had a relationship together, and I had this song called “Monster” that I wrote a long time ago. It’s about how society wants to put celebrities up on a pedestal, but as much as they want to do that, they want to celebrate the fall. It was a time when I was really afraid of my industry and afraid of my craft and afraid of everything. I didn’t have control. Everyone else had control over me. I think it just ended up becoming a metaphor for a bigger thing; that we all put pressure on each other as humans to be great, to be perfect. I called Justin and said, “I have this song and it means a lot to me. If it means something seriously to you and you want to put something very real on it, please be a part of this with me.” And he did. Since then, we have become closer than ever. Sometimes I think that music comes along for a bigger reason, which, for me in this case is to create a song to inspire people, but to also create a friendship that was never there before. – Mendes 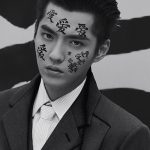 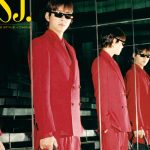