I had a delusional dream in my early teenage years to have, in my late teenage years, an acting career, and in my late teenage years, working on Homeland and starting to do theatre in New York, I felt like I reduced my goal to something more realistic, which was to work in theatre and hopefully make enough money doing either a TV show or something I could sustain myself [with]. And then it felt like every dream came true, exponentially. And then life is moving at six million miles per hour.

I hate to say it, but the dream as an artist is to throw whatever the f**k you want at the wall, you know? And I guess what I’m realising is that one’s personal life, one’s adult life, can be quite boring and the artist’s life can still be extraordinary. – Timothée Chalamet

Photography © Steven Meisel for British Vogue
The October 2022 issue of British Vogue is on newsstands on Tuesday 20 September 2022. Read more at vogue.co.uk 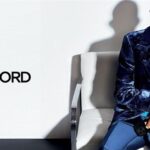 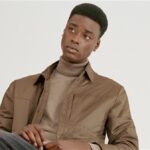