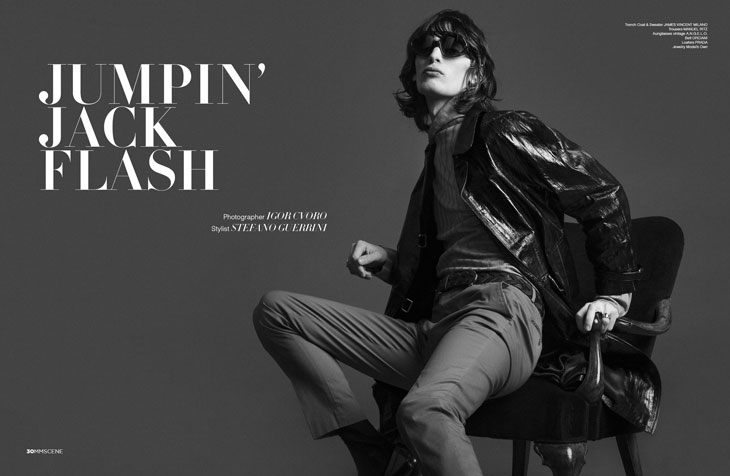 Read the exclusive interview with our cover star LORENZO SUTTO, a breakthrough star of the music scene and a model on the rise. Lorenzo sits down with our Editor KATARINA DJORIC to talk about his love for music, having a muse and venturing into the modeling world.

Scroll down for more from our shoot plus our exclusive interview with Lorenzo: 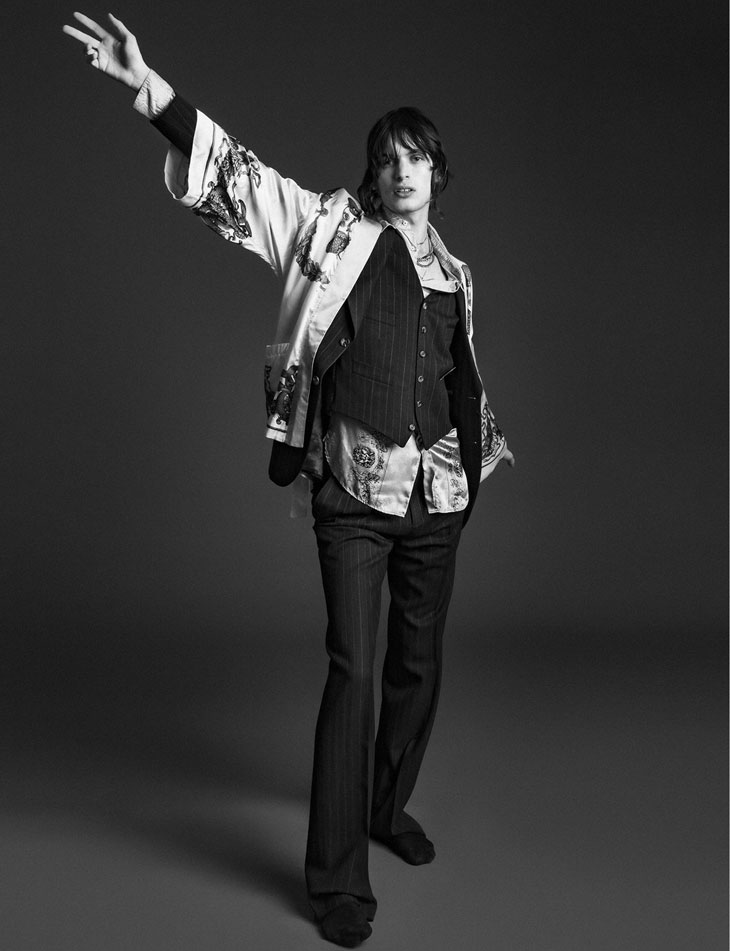 Who is Lorenzo?
I’m a Rock and Roll nerd who’s been blessed with cheekbones and a leather jacket attitude.

Where does your love of music come from?
I guess it has always been there in one way or another. You start by paying more and more attention to what your parents are listening to, then you ask for some CDs of a few artists you are interested in, get yourself a guitar or even better ask for one before your birthday or another special occasion. Then, you start writing songs about what surrounds you and see what happens. 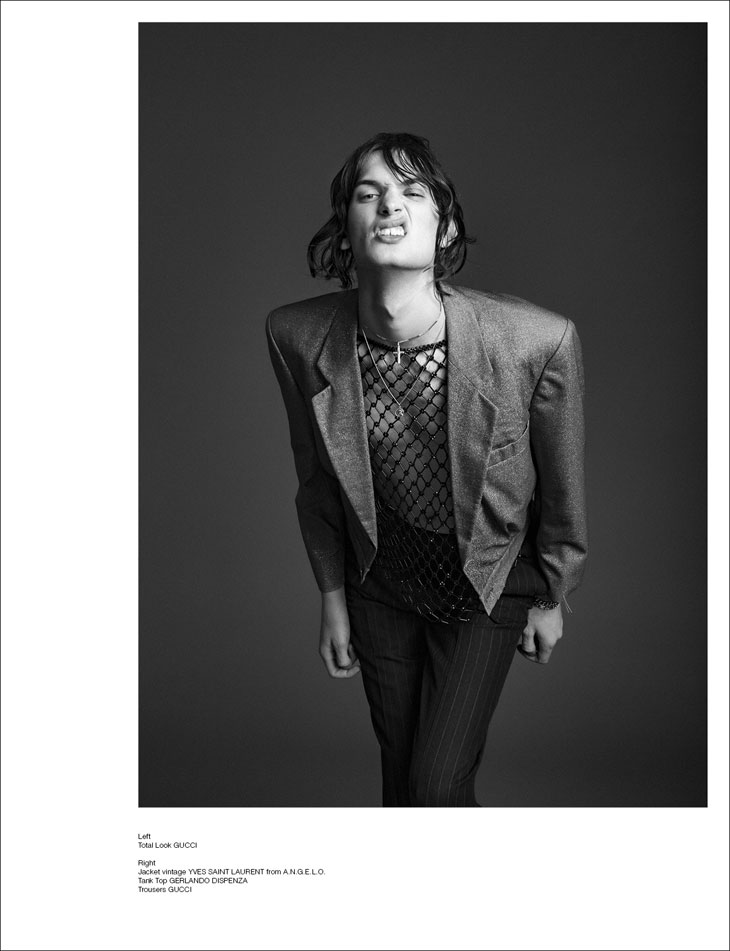 Who are your musical influences?
I guess the core is rock. Artists such as Nick Cave, David Bowie, Beatles, Joy Division… however there are so many interesting new talents out there that it’s really hard to give a short answer to this question.

I like the new London music scene both it’s soul and jazz sides, artists such as King Krule or Cosmo Pyke as well as the post-punk, noisy ones such as Black Country, New Roads or Black Midi.

I also like Ice Age, Communions, Lust for Youth all from Posh Isolation and the Danish scene but I also like some hip hop stuff such as Yung Lean, Spooky Black/Corbin or nothing, nowhere. 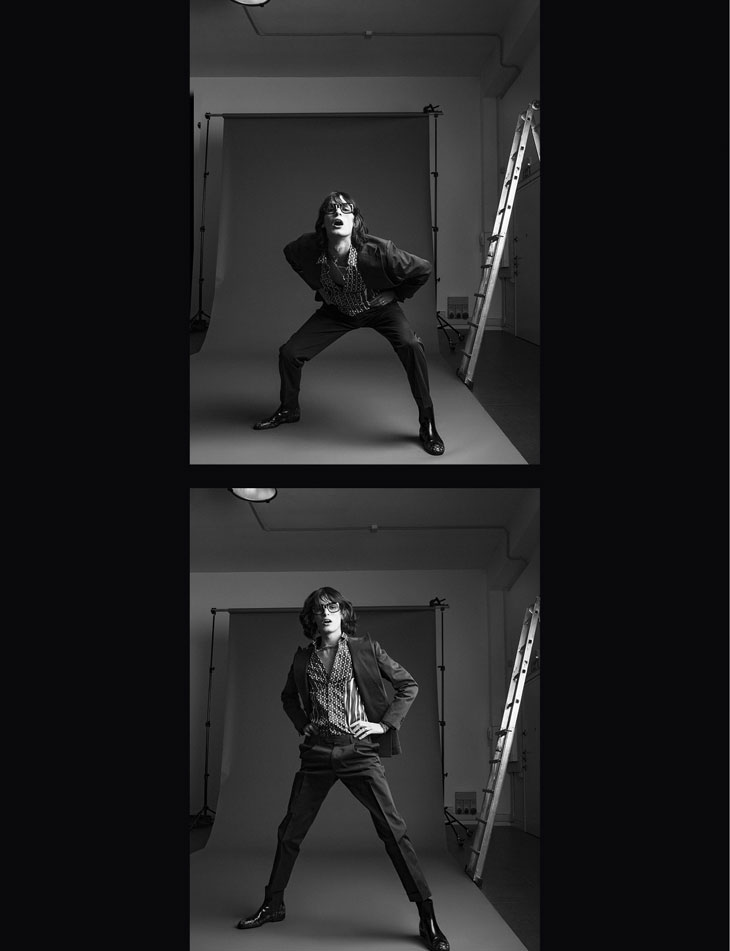 Could you briefly describe the music-making process?
It’s really not always the same process you know. Sometimes you come home after a night out and a melody comes out of nowhere so you take your phone, you hum it and in the morning you try to get a song out of it, or sometimes you’re just fooling around with your guitar and some chord progression happens to fall into your lap so that you can write a tune. Then sometimes everything starts from just a few words on your phone. It’s always a different experience.

What’s the best thing about creating music?
I guess the thrill of making something beautiful out of the blue, that makes you feel what you created will last forever. 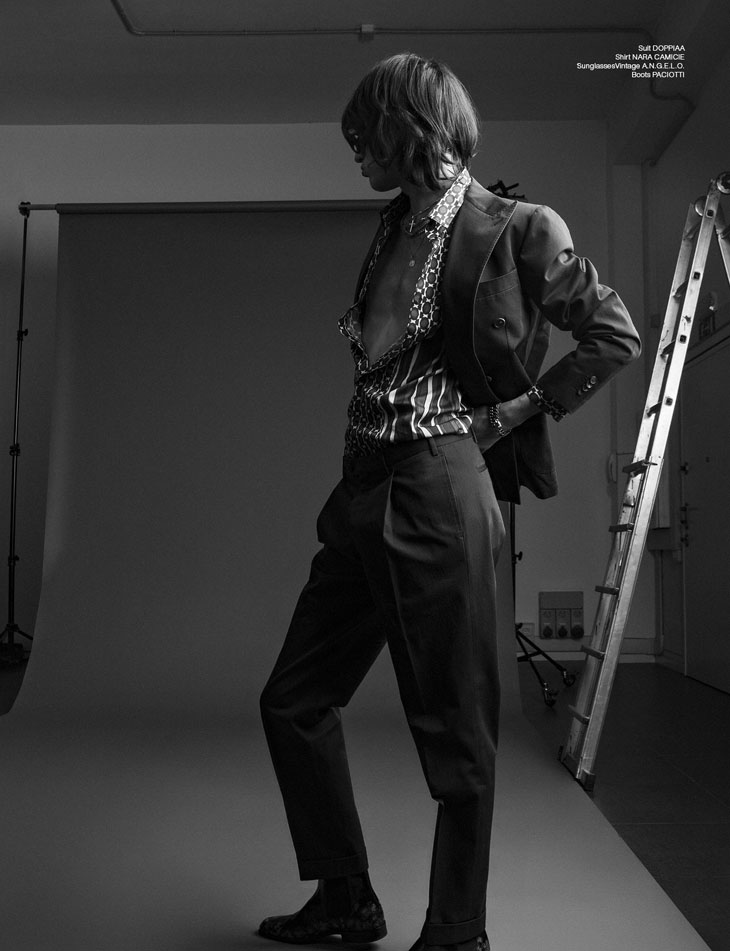 How do you feel when you perform?
Well it’s the best part isn’t it? To interact with the audience, hearing them sing your songs, move to your moves, listening to your words, it’s something out of this world.

Do you have a muse?
Well I think I do, even though I don’t always think about anyone in particular when I’m writing, it is more of an idea of a person, what emotions that person makes you feel and so on. That said my muse is the idea itself of living life through music and love. That’s what I’m interested in. 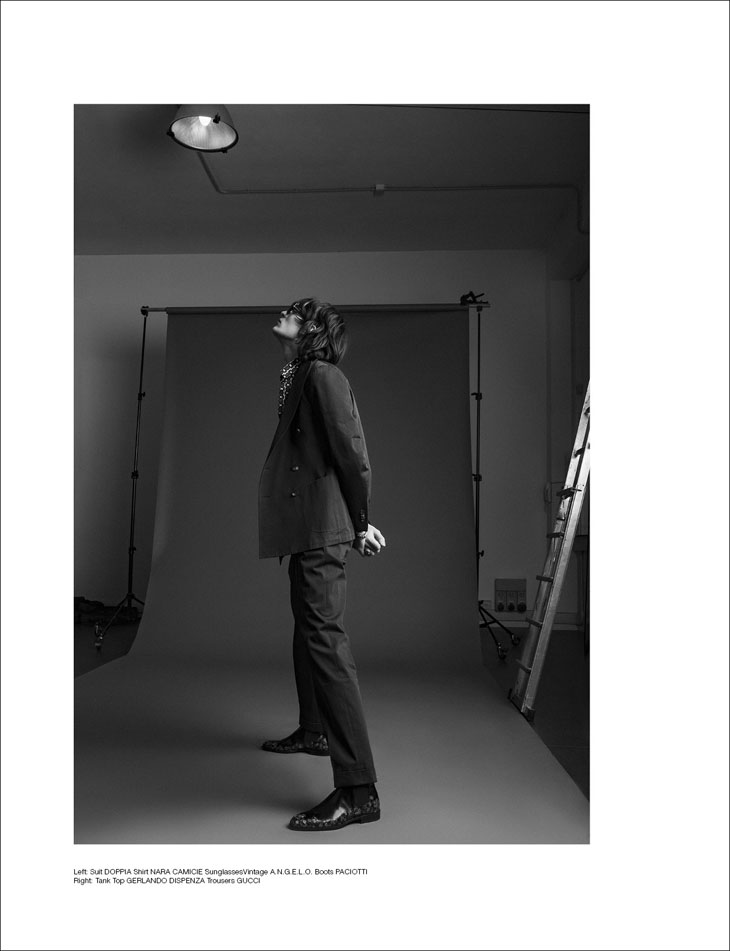 How did you get into modeling?
Well I skipped school to go and see the Arctic Monkeys playing Finsbury Park in London and while I was queuing this tall women, my now mother agent Leah [Hibbert], approached me and asked if I’d consider being a model. I thought she was joking or something so I said ‘no‘ and moved on to enjoy the gig, however, as the gig was spread into two nights, the day after I came back and I saw Leah again.

As she spotted me again as well, she asked me if she could take some pictures of me with her phone to show to various agencies, so I said yes and that’s when my career started. I still can’t believe how randomly it all happened. 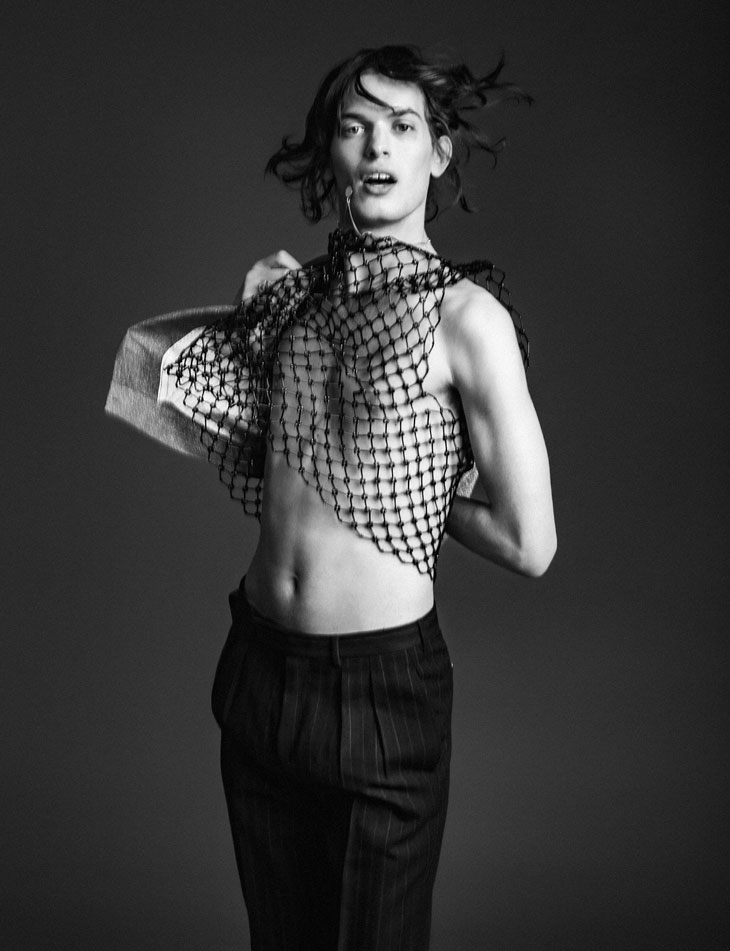 How do you see the relationship between music and fashion?
I think it’s really important for my career that I’ve found a link between the two but of course it has been done before. Modelling has helped me gain confidence with my body image, knowing how to use it and also how to show it and as a frontman of a rock’n’roll group that has helped me a lot.

Music on the other hand has helped me knowing what kind of a mood I want to have during a photoshoot or a show. I am often inspired by icons of the past in this sense. 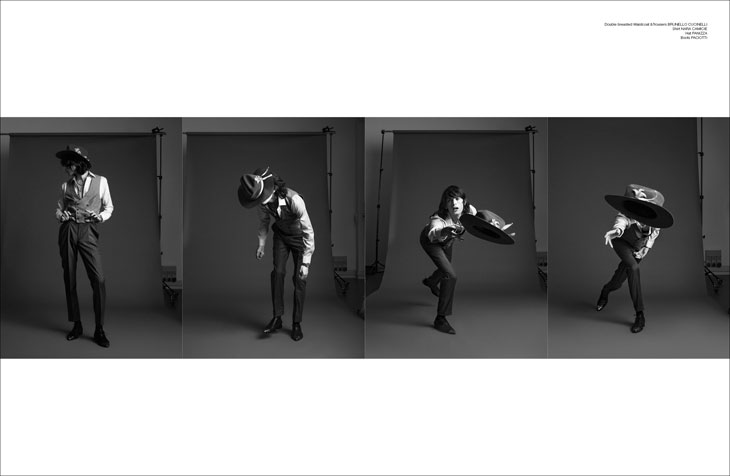 So, how would you describe your style?
Besides being inspired by true icons of music and style, there’s always a vintage moment in it however I do also like to experiment with some more modern stuff.

I gather for me the main influences come from the UK and the 60’s in particular, Swinging London and all that jazz but also the New York punk scene of the 70’s, the Madchester scene of the 90’s and the early 2000’s Britpop scene. I look up to the hedonistic sides of the British dandy such as Pete Doherty, dance with my black Mersey boots on, wearing an outrageous fedora hat or just a nice military looking beret, finding my self trapped in patterns of paisley shirts, scarves, blazers and of course leather jackets. 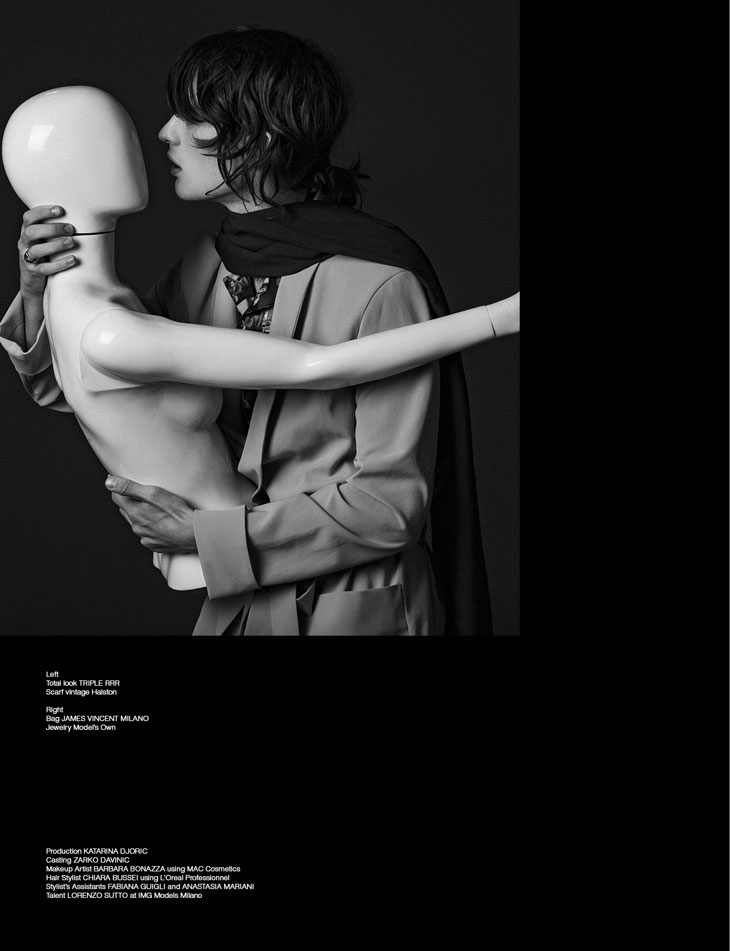 What makes you happy?
Mad Men, my girlfriend, Marlboro lights and a clean hotel room!

What do you want to be when you grow up?
Still a musician for sure, don’t know if there’s anything else I’d rather do to be honest.

What’s your favorite jam at the moment?
I Fall In Love Too Easily by Chet Baker. 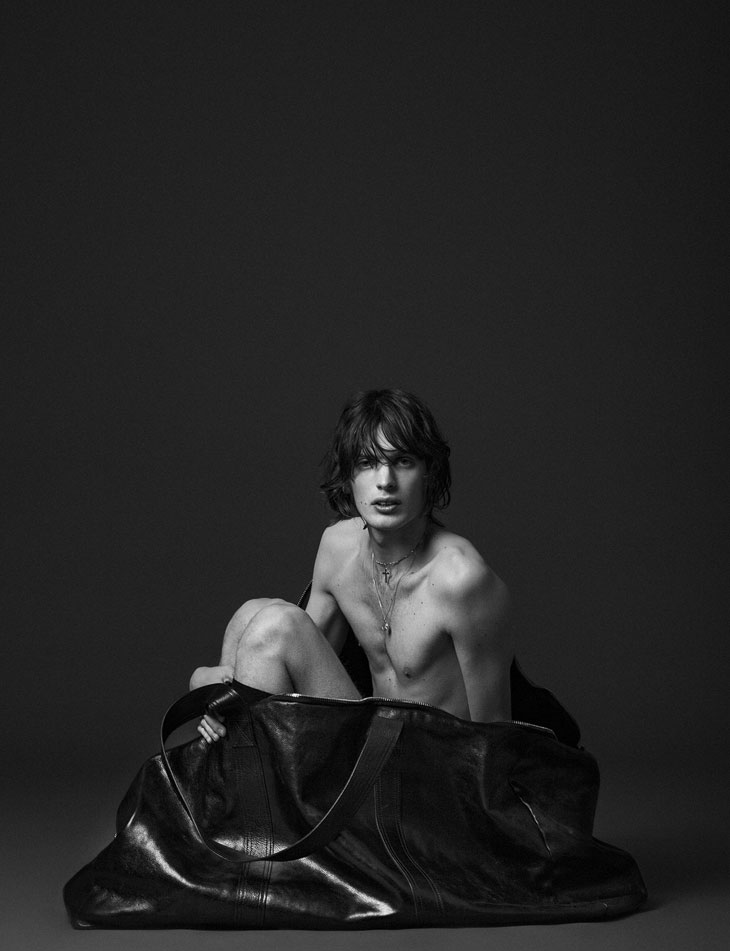 If you could only choose one song to play for the rest of your life, which song would it be?
I don’t think I could ever stand to listen to the same song forever, however I could stand these three songs on repetition for a very long time: Flamenco Sketches by Miles Davies; Lay Me Low by Nick Cave and The Bad Seeds; Mr Tambourine Man by Bob Dylan and Mio Fratello è Figlio Unico by Rino Gaetano

What’s the most ‘rock star’ thing that you’ve ever done?
One time I’ve got arrested by the police, handcuffed and all of that whilst wearing only my boxers since the night before I had a tinder date (the first and last of it!), it’s a very long story. That was pretty hard tho. 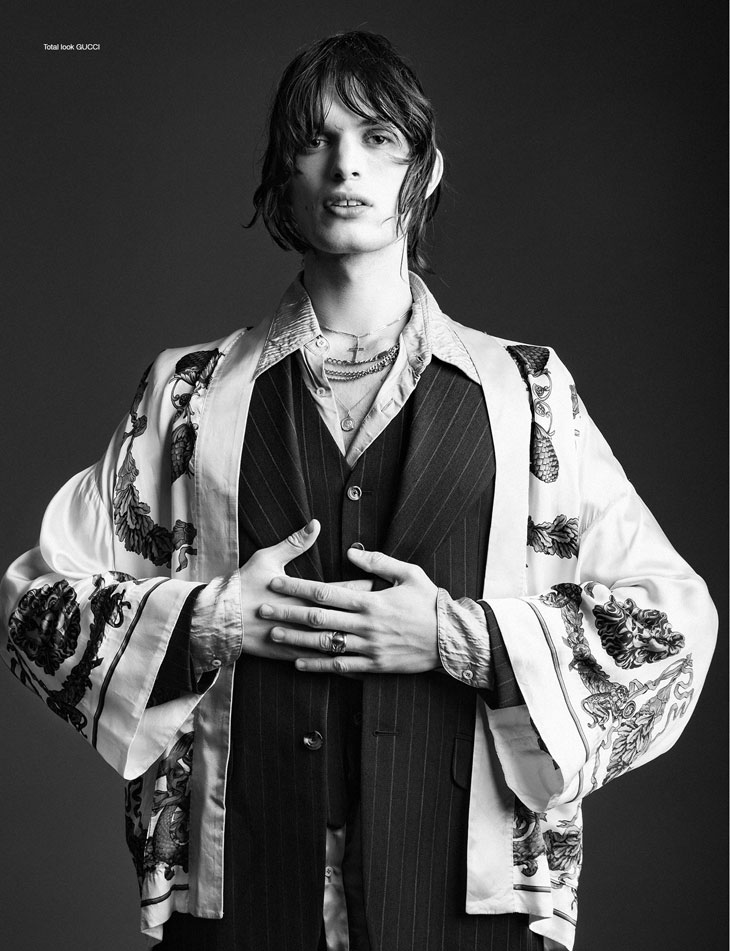 What do you do when you’re by yourself?
I like reading a lot, put a record on, maybe open a beer or drink a Coke, you know, stay cozy.

Do you consider yourself a romantic?
Hmmm I guess I am in my own way, I mean, I try to be. I’ve always been attracted to the image of what being a romantic person means and I’m trying to embrace it, with love and caring towards the people I love and cherish. For me to be romantic means to be completely aware of the people and the things you love however at the same to be naive and unaware of what the future brings, in a constant merry-go-round of emotions and beauty, in complete harmony with your feelings. 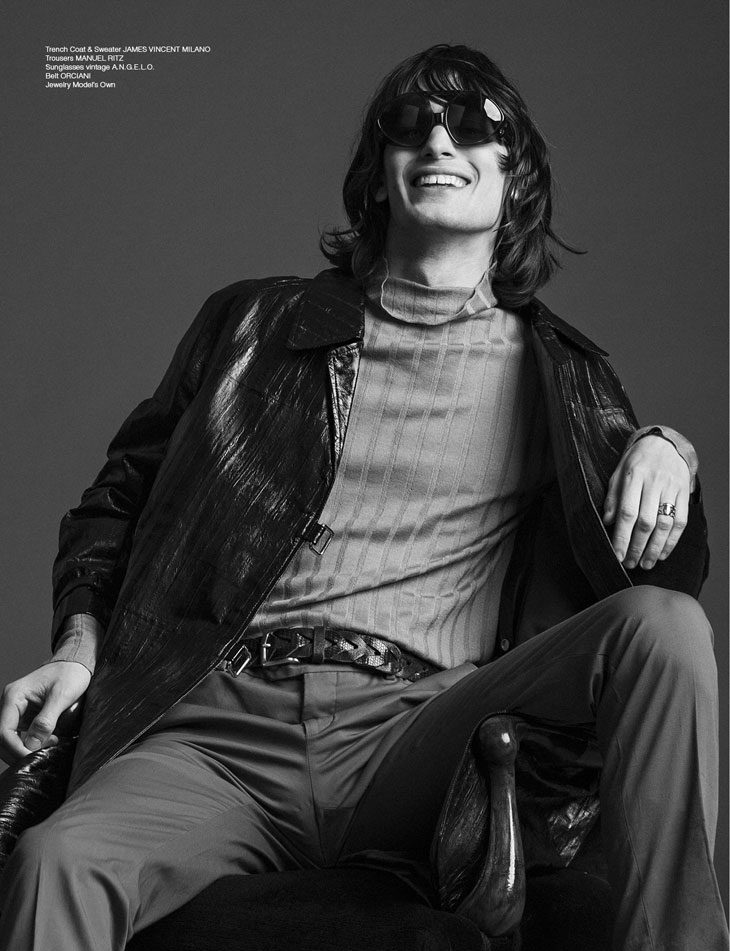 What’s in the plans for the rest of 2019?
For sure to put out some new music with the band (Red Bricks Foundation), maybe with a few videos as well. I’m also looking forward to tour and play my music in the future.

So, where would you like to tour?
Everywhere I can, London would be very nice tho, maybe some festivals who knows. 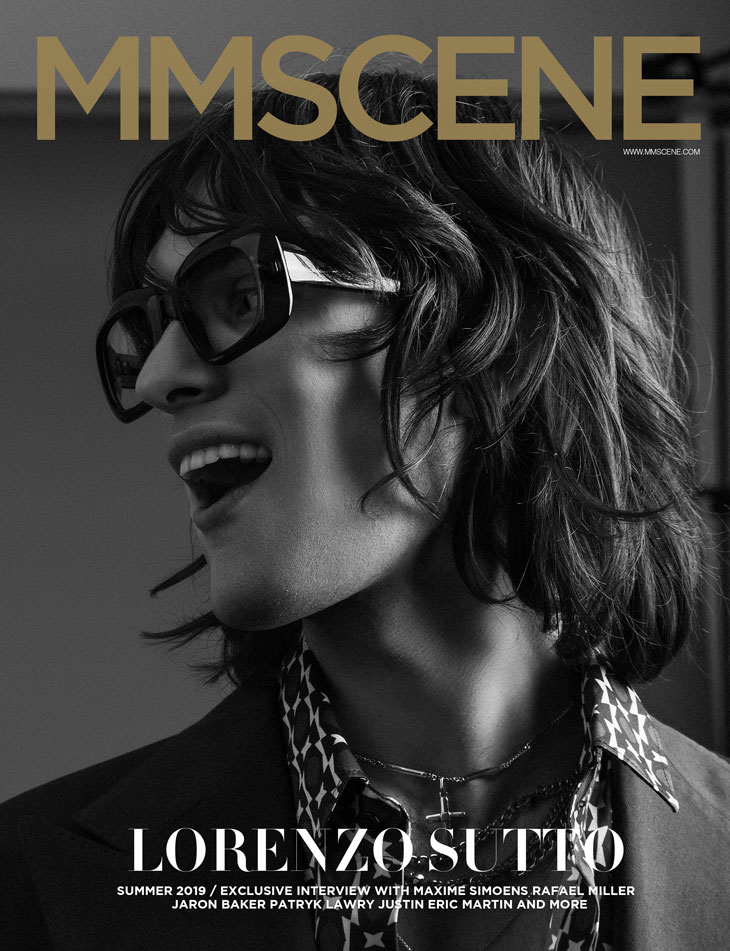 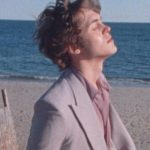