Since its inception in 1970, the club has grown in popularity on a global scale, and it is now one of the most well-known clubs in the world. The club’s capacity to reinvent itself and arrive at a stylistic conclusion that transcends football has resulted in a comprehensive visual evolution. The PSG brand, which originated in football and has gained incredible credibility in sportswear and urban fashion, is progressively acquiring the conventions and attitudes of a premium brand. PSG has presented creative, ambitious fashion collabs that have struck a chord with the style-conscious football fan yet without alienating those who are still eager for the classics.

Paris Saint-Germain’s new uniform capitalizes on both their love of fashion and their illustrious history to create a sleek and fashionable design.

The team recently released their new 2022–23 Paris Saint–Germain home and away jerseys. All of the club’s teams, including the men’s and women’s football, youth, and handball squads, will wear the jersey during home games, just as in previous years.

Partner Qatar Airways and GOAT are making their debuts on the team’s football uniform. By taking over the majority of one of the most popularly purchased jerseys in the world in recent years, Qatar Airways has proudly ushered in a new era of collaboration. The newest member of the club’s family of partners, new-generation lifestyle retail platform GOAT, gets its logo placed on the left sleeve of the jersey.

The center stripe that many are accustomed to seeing on the home jerseys of PSG is making a comeback in the 2022–23 season. Nike, who didn’t create the home uniform for PSG last year, is back with the traditional style for the PSG jerseys. The new jersey mixes tradition with modern design elements.

The French “tricolor” flag is referenced in PSG’s fresh new jersey, which features the reintroduction of the core white stripe with red borders set against the traditional Parisian blue background. The jersey is sponsored by Nike and features the word ‘GOAT’ on the shirt sleeve.

All of the club’s players, including Marquinhos, Kimpembe, Mbappe, Messi, and Neymar, announed the new design via the clubs social media channels. They sure  will be driven to win the Champions League in their new uniforms.

On July 19, Paris Saint-Germain introduced its 2022–23 away jersey. The club also unveiled a lineup of performance, training, and lifestyle boots, maintaining their partnership with the Jordan brand.

The brand and PSG have once again worked together to develop a jersey that honors the team’s  home and heritage. One of the most recognizable venues in the contemporary football era is Parc des Princes. The historic stadium, now in its 50th year, has hosted 1,147 PSG games and witnessed countless trophy celebrations, heartbreaks, and moments in history. PSG and Jordan have unveiled their home uniform as a tribute to the legendary stadium.

A grey offering from PSG is meant to pay homage to the well-known location. The players debuted the neiw unifornm on July 20, when the team played against Kawasaki Frontale.

The new away uniform features a mainly gray jersey with a gradient center stripe. Although this uniform resembles the previous white Jordan one quite a bit, it was designed with the club’s and its home’s heritage in mind. The short collar has a fresh, sleek design and only one button for a more traditional, understated fit.

The brand’s most advanced and cutting-edge technology is all featured in the new away jersey. Mesh fabric with Dri-FIT ADV enhances breathability and wicks perspiration from your body for a cool, dry fit. Additionally, the jersey has a 100% recycled polyester fabric for a unique fit and sustainability. The match jersey is the one Mbappe will be sporting on the field this year if you manage to get your hands on one. Additionally, it has a slim fit design, so you won’t be burdened by excess fabric while cheering on your favorite players and team.

The French heavyweights have also introduced performance, training, and lifestyle lines, with NBA sensation Zion Williamson introducing the Air Jordan 5 Low PSG sneaker to the globe back in July.

The Paris Saint-Germain home and away jerseys and an assortment of lifestyle items are available now through the official PSG store and Nike store. 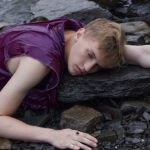 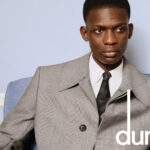