Model: Tyler Maher
Agency: PRM London
Photography by Darren Black
Website: www.darrenblackphotography.com
Photographer Darren Black captures exclusively for Male Model Scene a portrait series starring Tyler Maher, a promising fresh face at London's PRM Models. Discovered only couple of month's ago by Paulo Riberio, Tyler has already appeared on the pages of i-D Magazine and has a busy runway season in January ahead of him. 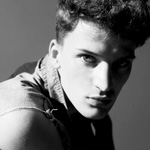 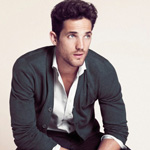