Fashion brand HEVŌ presented the Fall Winter 2020.21 Land(e)scape campaign, that tells a future fantasy story inspired by a surreal Apulian desert. The story features 4 chapters: The Salt Desert, The Orange Sea, The Crystal Stones, and The Sky’s On Fire. In charge of photography was Giovanni Troilo.

THE SALT DESERT – The Apulian desert is made up of salt and overlooks the Adriatic Sea. It is the largest in Europe and the second all over the world by extension.The sedimentary salt is located into the former seas in Margherita di Savoia; 4500 hectares of evaporating and salting tanks expanded for 20 km along the Apulian coast. It’s pure and colourless. However, sometimes it can take on shades of yellow, red, grey or brown.

THE ORANGE SEA – The mystery of waters changing colour, stretches of water whose colours vary from white to deep pink to bright orange, blending with the blue of the sky and the sea. Into the Salina in Margherita di Savoia the clear water from Apulian sea slowly changes its colour. At first it turns into a pale orange, then it becomes increasingly intense until it reaches an almost red tone. At the bottom of the basins there is a peculiar micro seaweed called Dunaliella Salina, able to live in high salt concentration environments. Its colour may vary in intensity from pink to brick red giving the water its typical reddish colour. A unique colouring visible almost all year long but especially during the warmer months.

THE CRYSTAL STONES – The future might look far away, but it is already here. This landscape seems to come from a planet and a time we don’t belong to. Made of bright and irregular rocks emerging just above the water level and get lost into the horizon where the sky seems to join the land through a wonderful game of reflections and refractions. Salt and water crystals, the shape of things to come.

THE SKY’S ON FIRE -Puglia is not only water and land but also and above all it is air. The colours of the sky, blue during the day, get filled with pink, indigo and purple shades. Sometimes the sun sets the sky on fire, when already beyond the horizon.The bright red fire makes the plain and the mountains of the immense Margherita di Savoia salt glacier even more surreal. 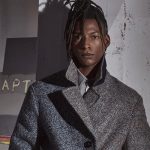 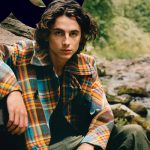