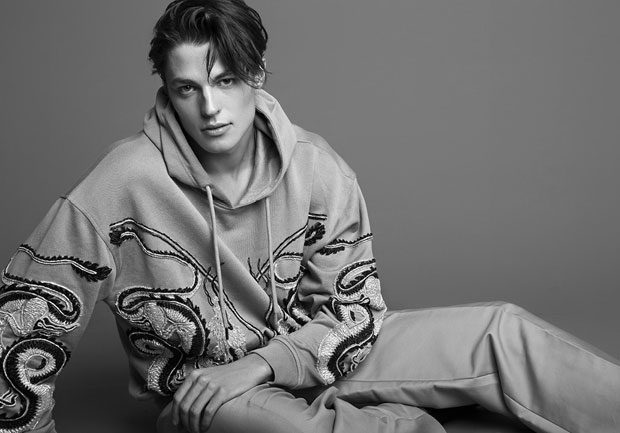 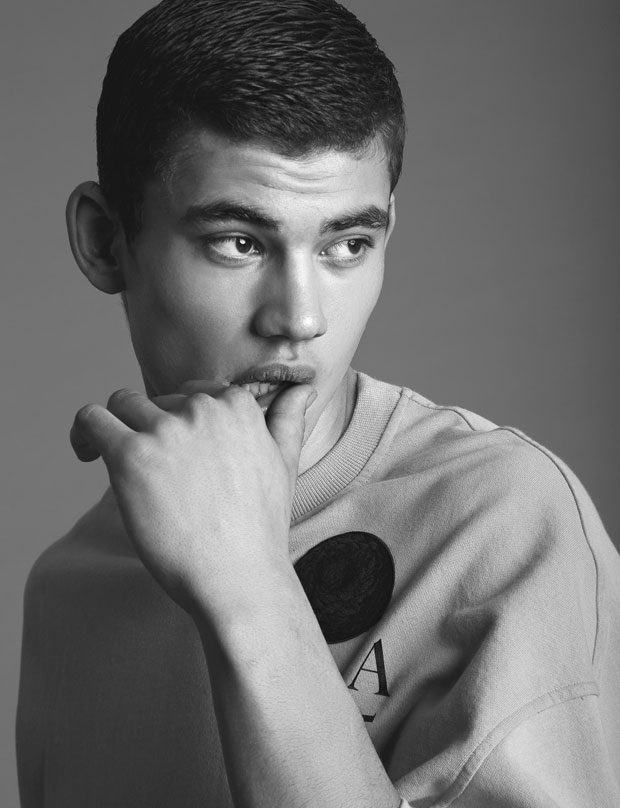 It all started with a manufacturer from Alabama who in 1902 founded the garment company Russell Manufacturing Co. As the story goes it all started with the son of Mr Russell, Benjamin Commander Russell who played American football at the University of Alabama and was sick and tired of the uncomfortable wool clothes, as you could guess the same was incredibly itchy yet still worn by the athletes of the time. As legend goes in 1920, Benjamin persuaded his father to create a big and comfortable yet easy to wear top piece of clothing for both him and his teammates. By many this is just an urban myth told throughout decades by the company then called Russell Athletics, which was a dominant force on the market ’till the troubled times in 2006 when it was completely acquired by Fruit of The Loom. By many reports Benjamin never really played any sports!

Putting Russell Athletics’ beloved urban myth to the side, the facts are pointing into another although very close direction. According to various reports the sweatshirt was born in 1910, when the Russell Athletics company literally created a small town around it’s production. For the needs of its own employees the small town even needed a school, which in the coming years had even it’s own sport teams. The teams were in desperate need of genuine uniforms. The tailors at Russell Athletics were the ones to actually create the comfy sweatshirts for it’s local school team and that’s how the sweatshirt was born.

No matter the origins of this story every step in creating the first sweatshirts was coming from a simply functional perspective. The sports teams were the first to acquire the sweatshirts – even the now strictly ornamental detail on the collar of sweatshirts in form of the letter V had it’s function. In fact the V was a small pocket storing the whistle players used to carry during the game. Even the stitches on today’s sweatshirt were present in the early designs, allowing free movement to the players who could then much more freely run and raise their arms. The slightly shorter sleeves than on other garment as well as their treatment were there to prevent the garment from flying around during a sports game. The soft cotton like inner finishing, still present in many sweatshirts, was created on purpose. Believe it or not it was there to soak up the sweat of the sports players. At that time unlike the wool uniforms this was a true revolution in comfort. It is no wonder the wool sweaters were quickly forgotten as part of any sports uniform to this day.

Nowadays the sweatshirt still reigns as the king of sportswear, however in addition to its original role it is now a true fashion statement – minus the dark moments when it’s the uniform of slobs. Today the stylists even when it comes to luxury brands often use the sweatshirt as an additional layer, which is without any hesitation going hand in hand with carefully crafted sartorial suits. It’s also often worn today over a crisp dress shirt and so on… the styling possibilities the newly found domination of sportswear is offering are strictly endless. However the current reign of the sweatshirt is hardly the credit of now almost defunct Russell Athletics, still the baton was carried by an American designer as well. The credit for this longevity of the sweatshirt goes to Todd Snyder. 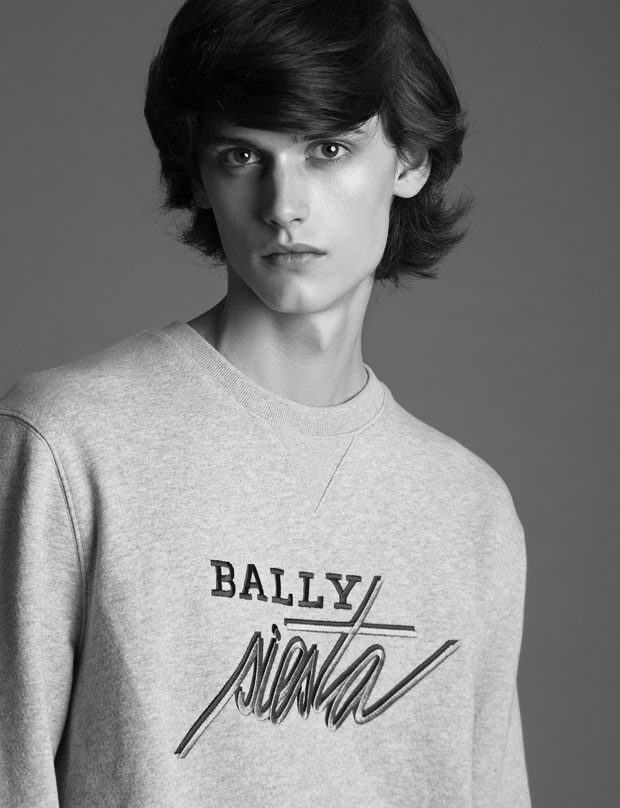 In 2013 Todd Snyder celebrated the sweatshirt by showing his archive of over 100 vintage ones, now carefully archived in his storage space in Iowa. Snyder was one of the responsible parties in the resurrection of the 90s fashion house Champion. No doubt, next to Russell Athletics this is also one of the sweatshirt and sportswear pioneers of the American garment industry. Today Champion is a must have piece of any street-wear enthusiast, and its often teaming up with top fashion designers such as Vetements and Creative Director of Balenciaga Demna Gvasalia. In addition to Champion we are also witnessing the rise of almost defunct 90s sport’s brand such as Fila, Kappa, Diadora and many more teaming up with ready to wear designers giving them a newly found sport’s edge.

In addition to brands numerous high street and luxury brands have the sweatshirt as a key piece of their collections. Naturally you can not imagine walking into a Zara or H&M store without a whole isle of sweatshirts. However, fashion houses such as Louis Vuitton, Bally and Neil Barrett in addition to many ready-to-wear men’s and women’s brands house the item as one of their best sellers.

With this massive saturation of sportswear on the market and race for a cheaper price mark, cotton as the original material has subsided. Usage of plastics based materials in sportswear garments, sweatshirts as well, is one of the key problems polluting our waters with micro plastic particles. However, even when it comes to the usage of cotton, the same is getting a bad rep. In a bid to provide more cheaper ways to produce cotton, many farmers are now using extremely poisonous pesticides both in the United States as well as Asia. Cotton from pesticide treated fields carries the same even when treated for garment production, the poisonous particles are part of the clothes we also wear.

Besides the need for comfort of a sweatshirt, the environmental factor is starting to play a bigger role. More and more companies are finding success in offering sweatshirts, t-shirts and other sportswear pieces created entirely out of organic cotton. Hundred years later, while still reigning on the top of the pyramid with it’s Russell Athletic roots forgotten the sweatshirt is facing another challenge. With high street fashion industry making it incredibly affordable, out of often poor quality materials, the same in only a few months becomes easily redundant and tossed to the side. Thus, the king of the sportswear to survive another century will need to go back to it’s own roots, and perhaps become far less affordable. 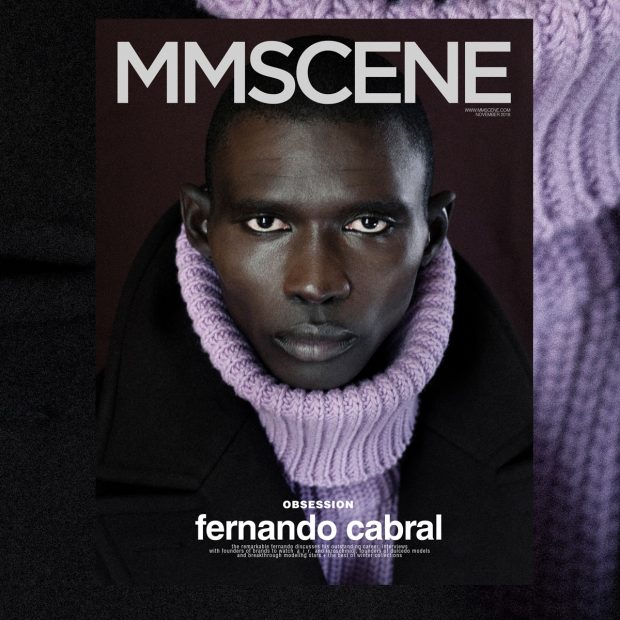 GET MMSCENE IN PRINT OR DIGITAL