The lavish lifestyles of celebrities have always mesmerized their fans and common individuals like us. While we stay content with our budget cars worth $25000, these celebrities stroll around in their multi-million dollar cars as a daily routine. These cars are beyond the wildest dreams of a car enthusiast, and all we could do is stand by and watch in awe. The biggest names in the celebrity world require the flashiest set of wheels to highlight their net worth to every onlooker.

Of course, even the immortal Batman looks lost without his iconic Batmobile. In those situations, he has to resort to Alfred’s 1986 Ford Taurus, which makes him look tacky and helpless. In the same way, every rich celebrity would be incomplete without at least one exorbitant car in their garage. The rich and famous always pick up the leanest and meanest cars in the world, with a lofty price tag that is often only a margin of their estimated net worth. Here we discover some of these flashiest cars that celebrities own, including vintage cars, luxurious limousines, and breathtaking speedsters that can reach speeds of over 200 MPH through the eyes of car experts like CarIndigo.

Ralph Lauren, the fashion mogul behind one of America’s most premium fashion brands, owns an incredibly rare Bugatti Type 57SC Atlantic. Only 2 such exotic Bugattis exist in this world. One is hosted at the Mullin Automotive Museum in Los Angeles, and Lauren is the owner of the other 57SC. Lauren’s incredible 57SC Atlantic looks suave in its all-black paint and resembles a unique tear-drop-like shape. Its kidney-shaped doors and riveted fins look bizarre and mesmerizing at the same time. Assembled way back in the 1930s, many regard the Type 57SC as the world’s first-ever supercar. This supercar is the most vintage and elusive car in its category and is equally worthy of its picturesque price tag of $40 million.

The Ferrari 250 GTO was the car that set the stone for all of Ferrari’s innumerable achievements in motorsport racing and other sectors. This mystical racing car was the only front-engined car in a sea full of mid-engined racing cars during the 60s era. With its one-of-a-kind removable D-shaped panels and a robust V-12 engine onboard, the Ferrari 250 GTO went on to emerge victorious in nearly 300 races worldwide. Perhaps this was enough reason for Pink Floyd drummer Nick Mason to drop a bombshell of an amount on this iconic Ferrari.

Legendary Portuguese soccer superstar Cristiano Ronaldo has always had a fancy for the priciest cars in the world. Bugatti’s splendid relationship with Ronaldo is no unknown fact, as previously Nike and Bugatti had teamed up to gift him a special ankle boot, dubbed as the “Nike Mercurial Superfly CR7 Dieci.” This shoe was undoubtedly related to the world’s most expensive supercar, the Centodieci or Bugatti La Voiture Noire. Back in 2019, Bugatti had created a custom-built hypercar in commemoration of the brand’s 110th birthday. The automaker later confirmed that the blacked-out hypercar powered by a quad-turbocharged 8-liter W16 engine had finally found a suitor. By now, you can certainly guess who must be the privileged owner of this sensational $18.9 million hypercar that can rocket to 0-60 mph in just 2.4 seconds.

American rapper Jay Z has always been fond of flaunting his wealth and status after delivering hits after hits in the hip-hop hemisphere. One of his wealthiest assets is an exotic Maybach Exelero. This exotic car looks like the modern incarnation of a Batmobile, with its unusually long lines and racy black paint. Under the hood, the Exelero sports a monstrous twin-turbocharged V-12 engine that can propel the car to 60 mph within 4.4 seconds. Inside, the Exelero sports one of the best cabins that money could buy, which is well worth its $8 million price tag.

For a man whose iron fists do the talking on the ring, Floyd Mayweather’s social-media status and cash-frenzy bouts are a hot topic of discussion for the entire celebrity world. The boxer owns a car that does justice to his famous nickname ‘Money’, an ultra-rare Koenigsegg CCXR Trevita. This limited edition Swedish supercar is a sight to behold, ripping the racetracks with its blistering top speed of 250 MPH and a 0-60 MPH time within 3 seconds. The CCXR Trevita is the shining jewel of Mayweather’s extravagant car collection, as there are only three in existence in the entire world. Floyd had to drop a fortune of near $5 million to acquire his hands on this baby, and we believe it to be worth every penny.

Curtis Jackson, popularly known by the name ‘50 Cent’ treated himself to a holiday gift that left every fan and hater bewildered. The gift was an all-new Bugatti Chiron, painted in a combination of black and neon blue with matching blue brake calipers to match the style quotient. 50 Cent posted this beauty on Instagram and left all his followers guessing about the specifications of the car. What we do know is that the Chiron sports a gigantic quad-turbocharged W16 engine under its hood. This engine is rated at a devilish 1479 horses and can blitz past the 0-60 MPH mark in 2.4 seconds.

Dwayne ‘The Rock’ Johnson has always been a humble social media star, posting videos of him engaging in fun-filled conversations with his fans and rolling around in his modest Ford F-150. While you may think that the Ford F-150 is too low-key for a hardcore persona like the Rock, that doesn’t mean that the WWE star only likes to travel in modesty. Johnson has a fleet of exotic cars in his garage, with the most expensive one definitely being the Pagani Huayra. The Pagani Huayra is an outright beast, with its lightweight twin-turbo engine that can throw out a robust 730 horse without breaking a sweat. The designer Horacio Pagani describes the feeling of driving the Huayra similar to the brute force of a plane taking off. And ‘brute force’ is one of the best words to describe ’The Rock’ in his prime, making the Pagani Huayra a perfect fit for him.

While most celebrities spend their fortune on buying flashy new cars straight out of the factory, popular comedian Jay Leno went the different route. Like the true car enthusiast that he is, he discovered an old 1955 Mercedes 300 SL Gullwing Coupe in the California desert in the late 1970s. The car was a sitting duck inside a storage container, still, Leno went the extra mile to get it fully restored. This car is indeed a special gem, as Leno is only the 3rd owner in existence. The 300SL was indeed a racing icon during its time, thanks to its cool gullwing doors, fully independent suspension, tubular space frame, and a fuel-injected SOHC Six-Cylinder engine. Back in 2014, a restored 1955 Mercedes 300 SL Gullwing coupe was sold at a whopping $2,090,000 at an at house Barrett-Jackson. It is safe to say that Leno’s prized possession might sell for even more.

The Bugatti Veyron used to be the fastest street-legal car in the world, and it comes as no surprise to see multiple celebrities shelling out millions of dollars to acquire this hyper beast. The Veyron boasts a terrifying top speed of 253 MPH and a body composed of carbon fiber to extract every bit of performance. The Veyron is seen as the ultimate status symbol, as only 300 of these spectacular hypercars have been sold so far in the world. Rappers like Birdman, the Game, and Lil Wayne are already proud owners of an ultra-rich Veyron. But rapper Flo Rida just took things to the next level. His gold-wrapped Bugatti Veyron is worth $2 million in modifications alone and is a highlight of his extravagant lifestyle.

Estimated worth- Over $1.9 million

Another influential figure in the rapping industry, Travis Scott treated himself to an ultra-rare Maybach G650 Landaulet after widespread success of his “Look Mom I Can Fly” Netflix documentary and “Astroworld” music album. This exclusive wagon is based on the original Geländewagen, with the twist of an exotic G65, AMG twin-turbocharged V-12 engine under its hood. Inside, the wagon is incredibly luxurious, with rear seats sourced from the Mercedes-Maybach S-class. Only 99 Maybach G650 Landaulets were ever built, which makes Scott’s acquisition even more valuable. 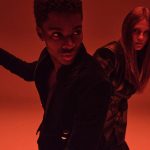 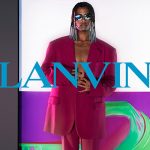