We are used to it. We are used to someone wanting to change their identity, just as our favourite superheroes and Drag Race queens do. Nevertheless, when a person is a fugitive they will do the same. In certain cultures women are expected to wear a mask, to cover their hair, to cover their face. Venice and it’s carnival on the other hand serve as inspiration for centuries with masked parties around the city on water.

All of those associations to a mask are long forgotten by now a second year of living under the wrath of that spiked ball of a virus. Weddings, birthdays and even funerals are now an expected intimate gathering, we are not allowed to share our happiness and our sadness with our closest friends without risking the safety of the same. For the first time in history the Olympic Games were postponed, and even a year later there was a thought of cancelling the Olympics all together. Yet the fashion system has perhaps suffered the most while trying to show the most resilient face.

The fashion weeks, a widely debated outdated system of presenting clothes, involving thousands of industry professionals jumping from a jet to a chauffeured car for 4 months a year has now switched to a digital form. Models are today luckily not doing the at home shoots anymore, however we are questioning the power of the big players on the fashion scene and the goal of our industry.

Yet, going back to the masks which became a symbol of the pandemic the same quickly turned into a quick turn around for the apparel brands. Offering thousands of variations of the mask, health wise questionably secure, fashionably irrelevant and rudely expensive pieces of cloth. In hospitals and covid clinics the masks are saving lives. In the fashion industry, the masks are a fashion industry new item to sell and make a hundredfold profit, but sadly the masks are not saving jobs.

Worlds garment workers were hit severely with the covid crisis, picking once again this time in India, where most of the fast fashion industry’s giants are producing the clothes. In Cambodia alone more than 200 factories closed due to Covid-19 and more than 17,000 workers are in quarantine without a job. With Fast Fashion brands and factory owners not caring if the workers are paid when enabled to work.

Leading American and European fashion companies have declined to pay overseas suppliers for more than 16 billion American dollars of clothing since the outbreak of Covid-19. This is having a devastating effect on garment workers across the globe, according to analysis of now released import data. This has forced suppliers in countries such as Bangladesh, Cambodia and Myanmar with almost no choice but to slim down their operations or close altogether. The move has left millions of workers facing reduced hours and unemployment, according to the report by the Center for Global Workers’ Rights (CGWR) and the Worker Rights Consortium (WRC). “In the Covid-19 crisis, this skewed payment system allowed western brands to shore up their financial position by essentially robbing their developing country suppliers,” shares Scott Nova, director of the WRC and co-author of the study.

There is no dignity for workers. There are no fire alarms or safety systems. We are not provided any gloves or masks. A worker lost his leg during a workplace accident – He was given no compensation

In Pakistan garment workers have been calling for safe factories for decades, however brands and their partnering factories are denying them the safety program already in place. The Bangladesh Accord promising a greater safety for garment workers is yet not expanded to other countries such as Pakistan. “There is no dignity for workers. There are no fire alarms or safety systems. We are not provided any gloves or masks. A worker lost his leg during a workplace accident – He was given no compensation,” shares a 21 year old woman packer in a Garment Factory in Pakistan while talking to the Clean Clothes Campaign. In late April on the worker memorial day we remembered the Rana Plaza tragedy, yet such unsafe conditions still exist for many garment workers without even considering the fragile covid19 safety regulations.

Fast fashion brands are refusing to acknowledge let alone sign a new binding safety agreement from The Bangladesh Accord, while at the same time committing to doing so last year. This refusal puts the safety of workers in Bangladesh and beyond at risk. However it also means that workers in countries such as Pakistan will have to wait much longer for safer factories. “The Pakistani garment sector in dire need of accountable inspections that conform with international standards and are embedded in a system that is suitable to the national situation, to prevent its factories form being death traps to the workers employed in it,” adds Karamat Ali from the Institute of Labour Education and Research (Piler) Pakistan while talking to the Clean Clothes Campaign.

While Asia learnt to deal with the necessity of the face mask in the past decade, in Europe it is still a struggle explaining to a large part of the population how necessary the face masks are even for a simple stroll to the local supermarket. Yet the ongoing vaccination is making us all hope for better days, and the return to normalcy.

Fast fashion brands are refusing to acknowledge let alone sign a new binding safety agreement from The Bangladesh Accord, while at the same time committing to doing so last year. This refusal puts the safety of workers in Bangladesh and beyond at risk. However it also means that workers in countries such as Pakistan will have to wait much longer for safer factories

Yet into a 2nd year of isolation, the act of purchasing an item on a whim, without giving much thought to the decision – commonly known as impulse buying has almost entirely moved from the store floors into the digital domain. At INDITEX group the ecommerce rose more than 50% in the first quarter of 2020 as more than 7000 of their stores were shut down. For the first time the company got almost 14% of its total revenue from online sources in 2020.  This is pushing the fast fashion giant into ultimately closing a great number of its brick and mortar locations and focusing even harder on the online sales.

With 90% of Inditex stores closed during the lockdown, the company reinforced its strategy to surpass rival companies and gain in the online market share in the hopefully soon enfolding post-pandemic world. On it’s way to the goal Inditex is investing 1 billion Euros in online in addition to it’s 1.7 billion in store expansion. Inditex stores are quickly turning into pick-up hubs for online orders, with specially designed counters for online deliveries now becoming a permanent part of in-store design. The floor store itself is expected to have more of a sample showroom role than actual garment stock purchase point. “We have total confidence in our business model and long-term perspectives,” shares Chairman Pablo Isla with the press.

More than a year into pandemic, Fashion Weeks have stayed as a looming point of gathering for fashion as well as model industry. With a number of brands still engaging in digital content creation, a number of power houses have announced physical runways with audiences. Milan Fashion Week Men’s coming in less than two weeks is to serve as an experiment Italian economy is desperately betting on. With Salone del Mobile postponed for the beginning of September, Milan Fashion Week is to serve as the first international event with a large gathering. Yet the country and the city are still hampered by a large number of Covid cases, and the massively slowed down vaccination.

Fashion models are still not able to travel freely, due to the massively complicated covid19 restriction, while at the same time the reality of Brexit’s impact on the fashion industry is hitting hard. For models without an EU citizenship, travel is either entirely impossible, or made heavy without accurate tests or administered vaccines. Models and creatives living in Asia as well as South America are in large numbers to sit out this year’s Fashion Weeks in Europe.

Many of the jet setting influencers will have to log on to soak up the fashion at Milan and Paris Fashion Week once again. No sharply dressed crowds will attend the stylish runways for many brands still investing only in their digital productions. It is a virtual show for many of us for the rest of the year. While for the model industry, the fresh faces might have to find another job till the next year, till travels for work once again become a common reality not a necessity. 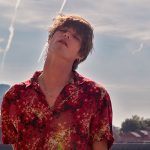 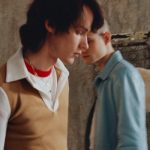