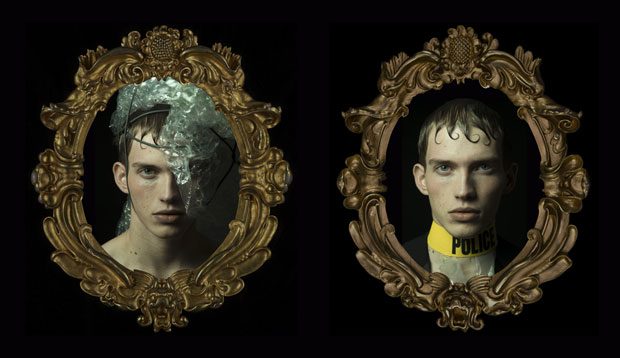 With today’s perfection obsessed society the self image obsession is seemingly a universal issue. The fashion industry is high on the list of culprits, with it’s continuous imposing beauty standards, even those forming its own ranks are the victims of these unattainable goals.

MMSCENE editor KATARINA DJORIC explores the issues fashion industry imposes on its own members, male models and end of the line the general male public. 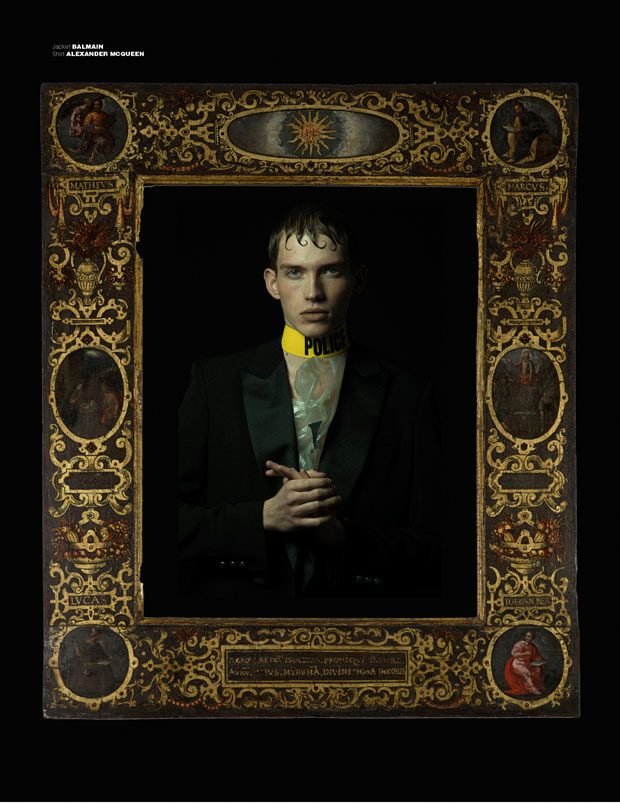 It is no secret we are told on the daily to reach for the impossible beauty standards, and the representative of those standards are the model faces plastered on our social media walls, print magazine and all forms of advertising. Yet while within the industry we often speak about the issues female models are facing when it comes maintaining a health and fitness balance the business often neglects the men and down the line the male consumers of the beauty and fashion products created for them.

Just as the girls, male models are continuously faced with diet regiments meant to get them those perfect measurements that every client seems to want. Body measurements of these often young boys, with average male model starting their career at 16, are continuously picked apart by the casting directors. In these castings these young men are told to rebuild themselves into their perfect ideal. The remarks both men and women face continuously by working in the industry are considered a bitter price for working in front of the lens. Casting directors in a bid to find their perfect model often vocally pick apart the ‘flaws’ of models standing in front of them leaving them to suffer through the unnecessary critique on their own. 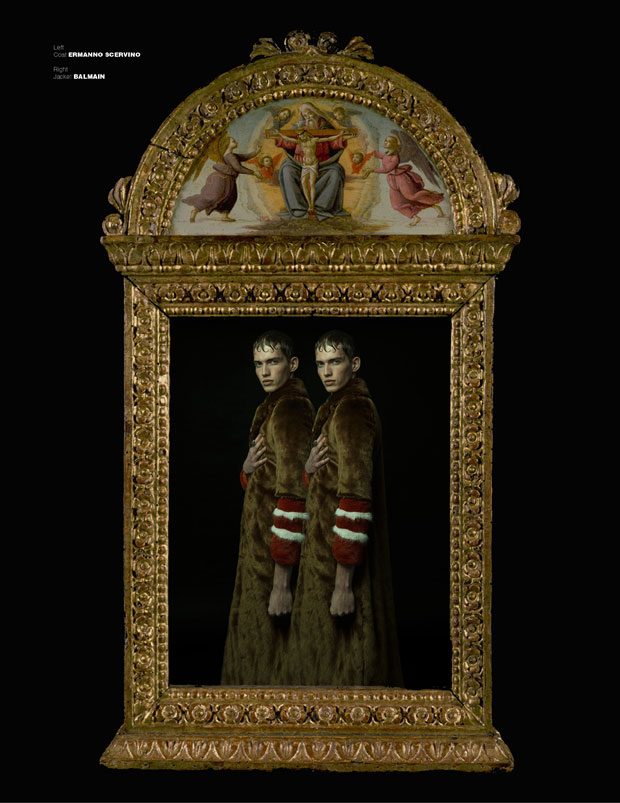 Men working in fashion are also provided with the ‘perfection‘ blueprint. No matter how young or old they must show no emotion and always stay muscular and strong. Boys in the industry are very often told to ‘Man Up’ and to ‘Be A Man’. This sort of pressure often goes beyond the ordeal of a body image. Models are continuously forced to adjust their behaviour and erase any trace of personality. “While trying to find a New York agency representation I went in for a go-see at one of the leading male model agencies in New York. While everything went great I was told later by my Mother Agent the booker who is also of gay orientation just as me, strongly advised I work on my gesticulation and voice. Basically the booker was ‘off the record’ sharing a friendly advice, telling me clients will only book me if I was more straight looking. This message was not delivered to my face, it was shared with my Mother Agent,” shared a male model working for more than five years in the industry who asked to remain anonymous.

With models of all skin colours and tones now rightfully having a more equal representation as well as LGBTQ+ community members, the now folding year 2018 is undeniably a year of inclusion. Still, when it comes to men’s products many marketing executives will work hard on maintaining a ‘macho‘ image of their brands no matter the cost, and thus going for the already seen stereotyping casting and advertising scripts. 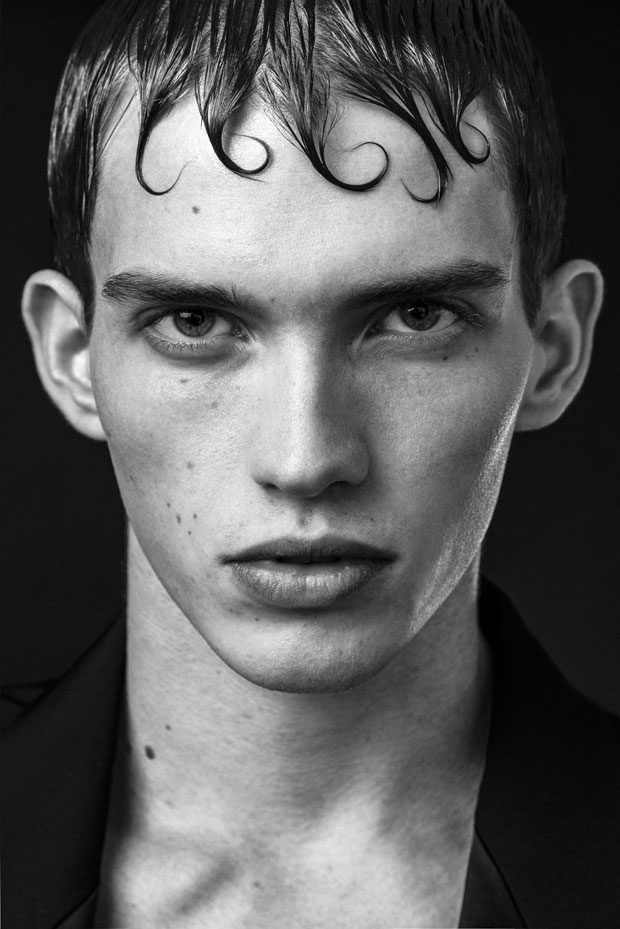 While for some of the girls this may sound as a lot of complaining and you can rightfully just say ‘Welcome to my life!’. Certainly, while us women have had to live with this kind of critiques for most of our lives we should not assume men do not go through the same feelings. In fact even we are part of the blame, the size of a men’s penis is often a point of conversation between girls over lunch or drinks, their performance in the bedroom is also under the microscope.

Furthermore only in the last few years are fuller figured women becoming part of the media, and only in 2018 we are realizing there is better term than ‘plus size’. Still fashion industry to this day has no room for a ‘full figured’ man among it’s ranks. This is simply a domain no fashion label wants to enter. In fact, while working on photo shoots for menswear magazines fashion editors continuously face problems pulling sample clothes for more hunkier models. Guys who are sporting a stronger physique in the industry are getting far less editorial jobs and are mostly booked for sportswear and underwear photo shoots.  While working on this issue of MMSCENE we talked to the fitness and fashion model Patrick Clayton who shared with us his experience in the fashion industry and some great tips for model hopefuls.”Be ready to hear about what is “wrong” with your body. I’m “too big” for example. You think anyone has ever said that to Dwayne Johnson? Me either. But bookers have always told me my shoulders were too big to fit the clothing. Weird… I fit my clothes just fine. If only they made clothes in alternating sizes. In a perfect world perhaps,” he said. The so called ‘shoulders’ issue is a continuous problem for many men working in the industry, the sample sizes usually range from small to medium and when it comes to many fashion brands it usually caters to shoulder measurements obtainable by a sixteen year old. Very often fashion stylist working with more hunkier top models and male celebrities have to request larger sample sizes which are often not in rotation and are pulled especially for the shoots from the store racks. 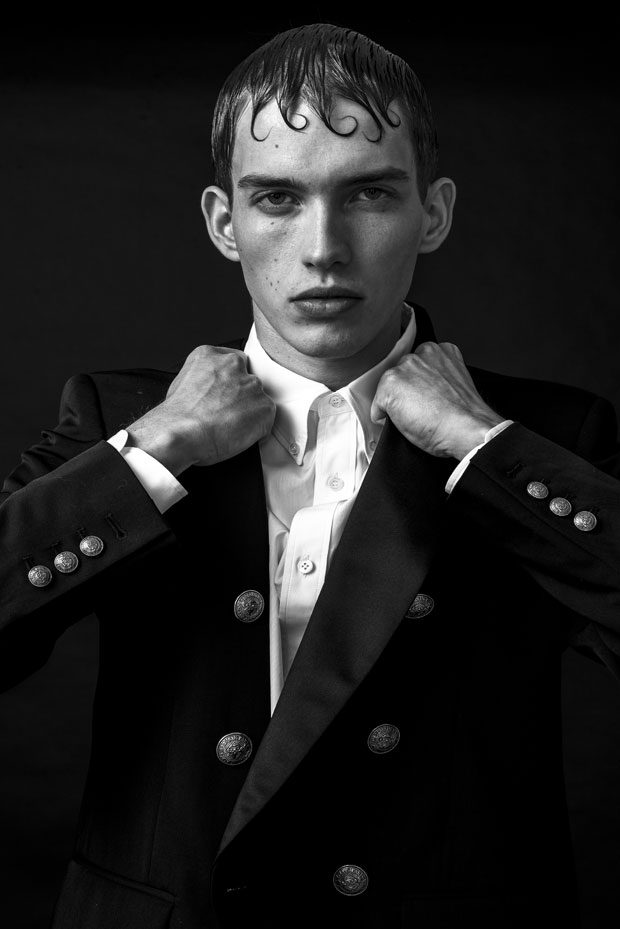 Just as women men have been dealt a cruel hand by the ways of the media. Their bodies are continually under scrutiny.  Men like DJ Khaled and Jonah Hill are continuously made fun of for their weight. In fact Hill is now under scrutiny by the gossip papers for not looking “quite right” with less weight. It is hard to define if this is fashion industries bid for more exposure, or whether this is a positive or negative but there is the embrace of the character of Josh Ostrovsky known as ‘The Fat Jew‘. The Instagram celeb is never shy from making fun of himself or simply doing anything for another click or view. However the discussion of identifying a men both with his weight and religion is a subject for literally a new essay.  Let’s say for now Josh has managed to grab the attention of celebrities, from recently working with Madonna, to fashion brands chasing him for a placement. Josh has even recently signed a contract with the prestigious fashion agency One Management in New York, sitting on their boards alongside the likes of Nick Jonas, Robin Thicke and A$AP Rocky.

Finally, the route of this sort of perception of full figured men may take us all the way back to our childhood. When a chubby kid is bullied by his peers by other school boys for his weight, barely a head is turned. When he is called names by his schoolmates he is expected to let it slide. In today’s social media obsessed society the ideal man has to be tall, handsome, masculinity is supposed to be his middle name, he must be well endowed and an unforgettable lover between the sheets. Thus also a boy working in the fashion industry has to be strong and emotionless. It is simply as hard to be Ken as it is to be Barbie. 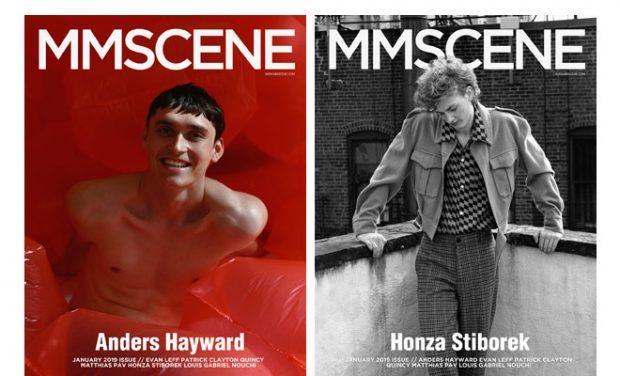