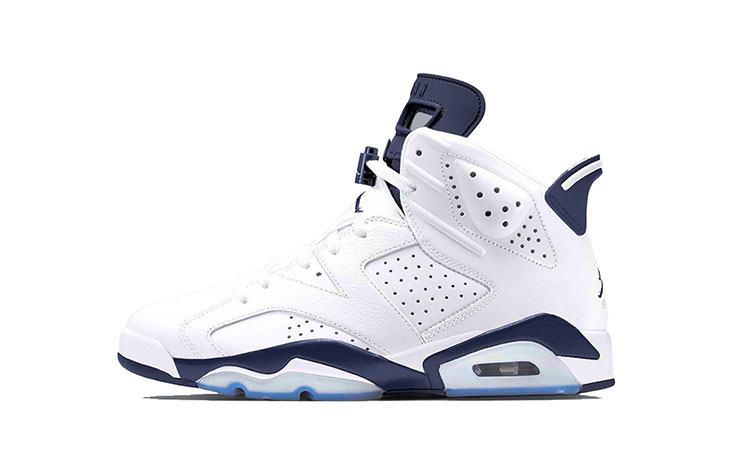 First released on October 4th, 2000 The Air Jordan VI Midnight Navy Retro has instantly become one of the most sought after Air Jordan VI retros, thanks to its classic silhouette and a solid colorway.

The Air Jordan 6 “Midnight Navy” 2021 was initially scheduled to debut on Black Friday, but it seems like the release will be postponed until next year.

This upcoming retro release is essentially reflective of its 2001 model. With its familiar pristine leather upper that is offset with the navy hue adorning the mudguard, rubber outsole, tongues, and heel tabs, this model will definitely please the most demanding sneakerheads. Finally, their icy translucent rubber outsoles fit the design perfectly. Find our more at GOAT.

Foe the season 1990-91, after seven years in the NBA league, Michael Jordan led the Chicago Bulls to a 4-1 victory over Los Angeles Lakers for their first NBA championship. The dominant Showtime team of the ‘80s has passed the torch to MJ’s and the Bulls’ dominance of the ‘90s. That season, MJ also won his fifth scoring title, his second league MVP Award, another NBA All-Star placing and is awarded the Finals MVP.

Released in February 1991, the Air Jordan 6 silhouette is designed by a legendary sneakers designer Tinker Hatfield. For this model, Michael Jordan gave direct orders to the designer – he wanted to have a clean toe. Hatfield made sure the Air Jordan VI had a reinforcement around the toe, making the Air Jordan VI the first basketball model to obtain this. MJ was complaining that he had problems putting on the past five models, so he designed two holes on the top of the tongue, and one loop on the back, so they can be put on easily. He called this feature “a spoiler”.

Initially sold for a retail price of $125, the Air Jordan 6 was the second model to have the clear rubber sole. When the Air Jordan V was released a lot of people complained that the soles would collect dust that was on the court, making the sole slippery, so Tinker added a more solid rubber.

There were only five colorways in the initial release, in 2000 three models were re-released, and in 2002 three low top versions came out. In 2005 Jordan Brand released a DMP which stands for “Defining Moments Package”, which consisted of the Air Jordan VI and XI..

The Air Jordan VI ‘Midnight Navy’ Retro was first released on October 4th, 2000 with a retail price of $120. The powerful combination of Midnight Navy and White colors, caused this Air Jordan VI to become one of the most sought after retros.

This model is very hard to find in today’s market, especially in a brand new condition. With a price tag going over the $400 range, it is hard to find a pair without having to pay the price. Check out the Fight Club for more information.

The “Midnight Navy” Jordan 6 has been absent from retail for more than 20 years, but it finally got on the launch calendar for Holiday 2021. Some portals reported that this retro is landing on Black Friday 2021.

According to the latest news from the trusted Nike & Air Jordan News Source, Instagram account @zSneakerHeads, the Air Jordan 6 “Midnight Navy” release date is being pushed all the way back to March 2022! They will be releasing in full-family sizing: Men’s, Grade school, Preschool and Toddler.

This popular Jordan 6 retro could now hit the stores in March 2022 instead of the initial November 26th release date. Stay tuned to these 2021 Jordan release dates tor for official updates in the weeks ahead. 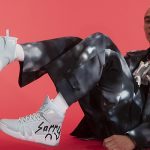