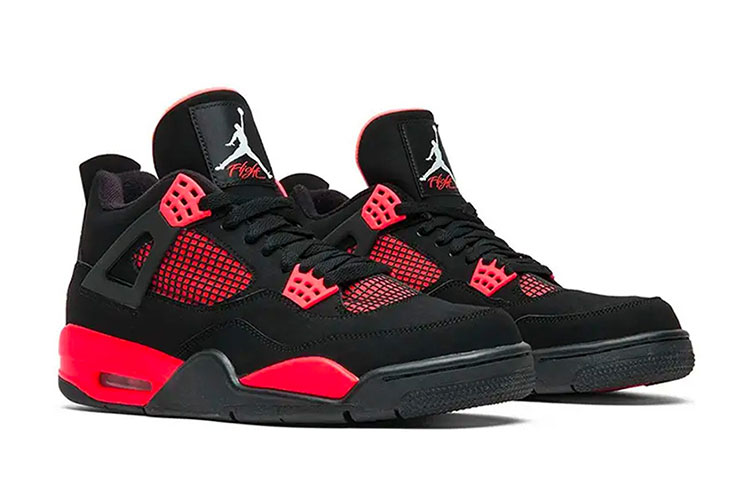 Air Jordan sneakers attract a lot of attention and have an amazing fan base, in whatever edition they appear. From the classic models that are decorated only with the silhouette of the famous basketball player, to the incredibly ornate ones, every variation on the theme of these sneakers finds its buyer.

In the last few years, the Jordan Brand released a large number of retro sneakers for the Air Jordan fans. Among them are the famous Air Jordan 4 Retro ‘Red Thunder’. The rumors of the release started to swirl around February this year, and now we have all the information about their style and release date!

The Air Jordan 4 Retro ‘Red Thunder’ features familiar color blocking that recalls the coveted ‘Thunder’ colorway, originally released in 2006 and subsequently reissued in 2012. The mid-top sports a black nubuck upper with contrasting pops of crimson in lieu of the older shoe’s Tour Yellow accents. They appear on the sneaker’s molded eyelets, interior tongue, quarter panel, throat and midsole, which packs visible Air-sole cushioning under the heel. Jumpman branding decorates the tongue tag and heel. – from GOAT.

The sneakers are a mix of the original ‘Thunder’ and ‘Bred’ colorways and styles, and they are a fresh take on a retro silhouette and colorway. If you’re searching for your pair check out Flight Club.

The year was 1989, and Tinker Hatfield was thinking of ways to improve the performance of the sneakers. How could he top the Air Jordan III? The Air Jordan IV was the first to have an over-molded mesh. The reason for this is, the consumer would think the shoe was made cheap, so Tinker dipped the mesh in a soft plastic and blew air through it to clear out the plastic in between. When first released, the sneakers did not get much love. Some thought they were not attractive, some even stated they were ugly. Over time the model grew on a lot of people. The model also featured a capability to lace in 18 different patterns, brought back the mid-top height and visible Air, while other tech aspects of the shoe included additional Air in the forefoot, the supportive “wings”, and the large heel pull tab for easy access. The sneaker was produced in two white-based Bulls colorways (White/Cement and “Fire Red”), one black-based colorway (Black/Red), and a white and blue accented version (Military Blue). Jordan 4 “Bred” were also the first one made with a nubuck leather, which will continue to trend in various new and upcoming styles. The IV’s design actually didn’t stray too far from the III, with the mid-cut height and visible heel Air unit both returning. However, the IV was a bit more streamlined and lighter-weight than the III.

These sneakers achieved legendary status with every game Michael Jordan played in them. He achieved one of the best seasons wearing Air Jordan 4’s in 1988-1989. In addition to the games he played on the field during his career and because of which he is the best player of all time for many, the popular “Jordans” are largely responsible for the popularity that Michael Jordan has achieved over the years. They became more and more popular in the basketball world as well as the sneakerhead world. Ten years later Nike and Air Jordan started releasing the retro versions, and that’s when the sneaker craze started and everyone wanted to get hands on a vintage or retro pair of the famous style.

The Air Jordan 4 Retro “Red Thunder” is set to drop on December 23rd for the price of $190 USD, and here you can find out more Jordan 4 Red Thunder release info and discover other popular Jordan releases. 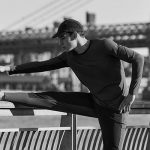