The handsome Brian Whittaker at Chapter Management is the star of MMSCENE Magazine‘s March cover story. Our editor Maja Vuckovic sits down with Brian to talk about his modelling career, his role models, fashion industry, social medias, playlists and much more.

Read the interview + see more of the story captured by photographer Adam Richardson below:

Hi Brian, we’re happy to have you at MMSCENE. Tell us more about yourself. Who is Brian Whittaker?

Brian Whittaker is a guy just trying to make sense of the world around him like everyone else, he is someone that values experiences more than anything as they provide perspective and new outlooks on the world and cultures. I’m not one thing or am looking for that one thing that I identify with, I’m just here for it all, pleasant and unpleasant. I’m an enthusiast of all things engineering, design, Architecture, music, food, wine, people, I’m here for it all.

When i was in my early teens i used to post pictures of sunsets, food, the typical Instagram user who was uninterested in how the public perceived them, and one day I posted a selfie and it got more engagement than the other pictures i were posting. Subconsciously, 13 year old me must have found the online validation comforting and something to seek as someone who felt undesirable at school.. after a while i was gaining attention from girls at other schools more prestigious than mine which I thought was pretty cool at the time so i kept posting selfies and I kept getting more engagement, so i started posting on a schedule everyday at a particular time, started doing the follow for follow and all that jazz.. fast forward a few years later my account was big enough that i was now visible to fashion workers and other models which lead me to getting scouted several times in a very short time period. I ended up being scouted by another model at one of London’s best agencies which would in a way be the start of my life.

Was modeling something you always wanted to do, or did it just kinda happen? How did your career in Modeling take off?

Modelling was something my mother always suggested but i never took it seriously, i honestly just sort of fell into it with my Instagram. In the months leading up to me being scouted me and my friend started taking better quality images with a camera he had found in his house and with a camera i would eventually get for Christmas, this took my account from selfies to overkill selfies and model type images but without any real objective but on reflection, those are probably the images that allowed the industry see me in the context of a model.

When i got scouted i was just 15 so I wasn’t actually aloud to do too much, but in that time of not being able to do too much i was blessed to shoot GQ style styled by Simon Foxton which I believe led me to getting conformation on the stone island on my 16th birthday, at that point I believed that I could actually do this and went on to work with Calvin Klein, Paco Rabanne, Nike and so on, all while I’m building up my social media presence which i think was just the perfect combination at the time.

Do you recall your first shoot? How did you experience the first job you did as a model?

The very first shoot i ever did was a test shoot a couple weeks after getting signed and it was my first time going to London by myself, I remember being like an hour late since i was struggling to understand the underground system and ended up walking pretty far, i think we only shot for 20 minutes or so and it wasn’t too bad.. But for my first paid shoot i travelled up to Manchester and shot e-com for a small brand, I remember being in the changing room thinking, this is a lot of money for just one day (i never had a job before and money was never just handed out to me), yet this is so robotic and boring. Based on those couple experiences I didn’t think i would love working in the industry as much as i do today, at the time i was just trying to save up for an iPad but I’m glad i stayed.

What have been your most memorable experiences in your modeling career so far?

It was for a shoot that never actually came out so I can’t disclose who it was for or who was working on it but had it come out i think it honestly would have propelled me much further in my career… The shoot took place in Mexico City when i was 17, I was out there for 1 week with some of the most interesting faces in the industry. The time i was out there, shooting and hanging out with people i will remember forever.. it was an extended out of body experience and to this day remains a dear memory.

Is there a brand you didn’t collaborate with, but would love to?

Tom Ford, he is premium quality in the flesh, from clothing to fragrances and all the work he’s done outside the brand Tom ford, he’s one of my biggest inspirations.

Can you describe us your perfect day?

Waking up too cuddles in bed, making a good breakfast, going to the gym, getting some productive hours in, having a dinner that puts me in a food coma and maybe some wine, watching a well thought out and produced movie and cuddles back to sleep.

Any guilty pleasures?
Video games and chocolate, I love both more than I should.

Last 5 songs you added to your playlist?

Robyn by Cktrl, Houstatlntavegas by Drake, 713 by The Carters, Bria’s interlude by Drake and Omarion, Arya by Nico and A$ap Rocky.

3 facts no one knows about you.

When i was 10 I was that parkour kid, I produce music/make beats and there’s a lot of depth to me and I have a lot to say in person.

Any future plans you can tell us about?
I don’t really like to disclose anything until it brought into fruition.

Keep up with Brian – @brianhwhittaker 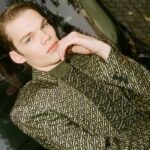 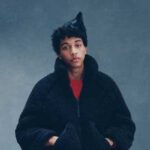