Canadian actor, musician, screenwriter, and director Finn Wolfhard was born in Vancouver on December 23, 2002. His role as Mike Wheeler in Netflix Original Series Stranger Things earned him the status of movie star when he was just 13 years old. Before starring in Stranger Things, Finn made guest appearances in TV shows such as Supernatural and The 100. His upcoming projects include roles in Ghostbusters: Afterlife movie, set to premiere on November 11th, and Jesse Eisenberg’s comedy drama When You Finish Saving the World, where Finn stars alongside Julianne Moore. He is also the voice behind Carmen Sandiego’s character Player. Finn explored writing and directing with a short movie titled Night Shifts. Wolfhard interests also include music, he was in an indie rock band Calpurnia from 2017 till 2019 (lead vocals, rhythm guitar). In 2020, Finn and drummer Malcolm Craig formed new music group called The Aubreys and released their debut EP Soda & Pie in March 2020.

Meanwhile, Netflix unveiled the first teaser for the forth season of Stranger Things, but a release date for the new season has not yet been announced, due to various coronavirus related production challenges. 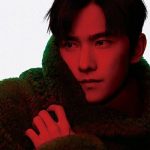 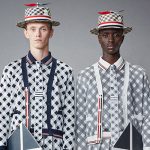