I always wanted to do what he (Denzel Washington – his dad) did, always wanted to be an artist, I jumped in and hid in this football persona, this athlete, literally putting on a helmet to hide my face, hide my identity – John David Washington

JDW on the pandemic forcing him to relocate to his family home in LA with his parents:
“I was going to stay in Brooklyn,” he says. “[Then] my agent was like, ‘Oh, you need to get the heck out of there. Get to L.A.; the world’s coming to an end.’” Before he knew it, Washington found himself in his old room, one he hadn’t lived in since high school.

JDW on Malcolm & Marie:
“When [Malcolm & Marie] came along, it felt a bit like this might be the last thing I’ll ever get to do,” he says. “I went to that dramatic [place]. I was like, this is survival, but hey, if this is the last thing I get to do, I truly believe in it. I went from the biggest-budget film in my career [Tenet] to the lowest-budget film within a six-month time frame.”

Zendaya on JDW’s performance in Malcolm & Marie:
Now, becoming very close with JD, and knowing the kind of lovely, kind, calm person that he is—I’m just blown away with his work. It’s a f—ing performance, because that is not the John David I have grown to know. I don’t know where he went and how he did it, but it was incredible to watch. And I definitely think it helped me as an actress. It challenged me to work a little bit harder to match where he was.

Zendaya on the roles Sam Levinson has created for her:
This beautiful character of Rue—I don’t know if she is me in a different life. I don’t know if she’s my little sister. But I have a very close, special connection to her. She’s Sam, but she’s also a little bit of me in there. I found that Rue’s specific experiences may be different, but there’s a lot of similar emotional things. I care about her really deeply. I always feel like: There’s a little bit of hope if Sam turned out the way he turned out, which is an incredible person, [so] maybe Rue will be OK. And when it comes to Marie, I like to think that Sam was writing it for the person he has been able to know as I’m growing as a young woman. Maree is my middle name. She’s not necessarily me, but she was written for me. It’s very special.

JDW on how he and his character Malcolm deal with confrontation differently:
I keep the peace. I use full diplomacy. I don’t like confrontation. I think that the beauty about the relationship is, at least for Malcolm, some of his best material is probably coming from the confrontation, from their exchanges. But no, personally, I would not operate the same way Malcolm does in any kind of relationship. 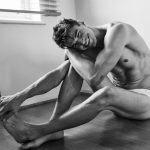 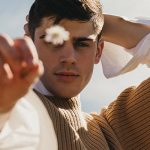