Rashford’s mother, Melanie Maynard on her struggle to feed her family:
“I would never have allowed him to see the struggle,” she wrote in an email. “As much as you are embarrassed about what those outside of your immediate family circle think of you, I was embarrassed to admit to my own children the level of our struggle. It was normal back then to just sweep your issues under the rug, to hide them from sight. Having opened up more over the last year it’s evident Marcus saw more than I thought he did.”

Maynard on asking Manchester United to allow her son to move to their residential program early:
“No mum wants to make that decision, but I needed to do it so that Marcus could fulfill his dream. I really didn’t have a choice. Regardless of working three jobs, I couldn’t give him what he needed,” Maynard writes. “He wasn’t safe on the streets. I didn’t want him mixing with the wrong crowd and derailing him. He needed the nutrition to prepare himself for professional football. On my budget I just couldn’t give him that.”

Rashford on Manchester United’s academy system:
“They don’t just make great players. They make strong characters and good people. They prepare you for things that you don’t know would happen.”

Dwaine Maynard on Rashford’s desire to pay it forward:
For a while, Rashford was even in the habit of rolling down his car window to hand cash to kids or homeless people around Manchester, until his brothers, now his agents, explained that there were more constructive ways to help. “It’s actually not very safe for you to stop your car and do that,” Dane told him.

Dwaine on realizing how to scale up while visiting the Superbowl and the difference between the U.S vs. the U.K. for athletes:
“I think Americans are five years in advance of the U.K.,” Dwaine says before Dane goes even further. “In America, they’re not afraid to express their personalities; it’s not frowned upon.”

James Corden on Rashford’s scathing open letter to parliament laying out how they were letting the country’s neediest down:
“He did it in such a human way. This was, ‘They are hungry now, they are starving now, and they need help today,’” Corden says. “This isn’t some appeal film for a country that you’ve never visited. These kids are at the end of your street. And the government were ignoring them—it wasn’t good enough.” And here was guy with the full backing of Manchester United telling them so. “It’s really difficult if you’re the left back for Norwich City,” says Corden.

Rashford on how his outspokenness has turned him into a target:
“This generation seems to be judged more,” Rashford says. “What frustrates me is—how do I put it?—when people speak out on something they don’t have an understanding of. And at the beginning, that’s what was happening. I became sort of a bridge between the people that the government were supposed to be helping and the government. It’s like we’re going the long way round things,” he adds. 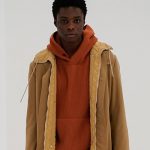 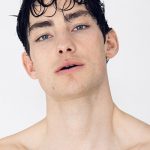