“Everything is happenin’ so fast… We live in a vast sea of contradicitons, the media controls the narrative, the internet is omnipotent. There are no more truths, just interpretations. Why respect any false logic other than the truth?

Honesty persists because it must, without honesty there is no such thing as depth. There exists an inherent drive to attain a deeper answer but also a frustration of not being able to pay attention long enough to start down that road.”

Courtesy of © RAIN Magazine / Available for purchase now on rain-mag.com 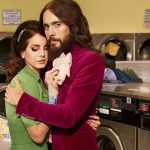 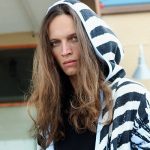