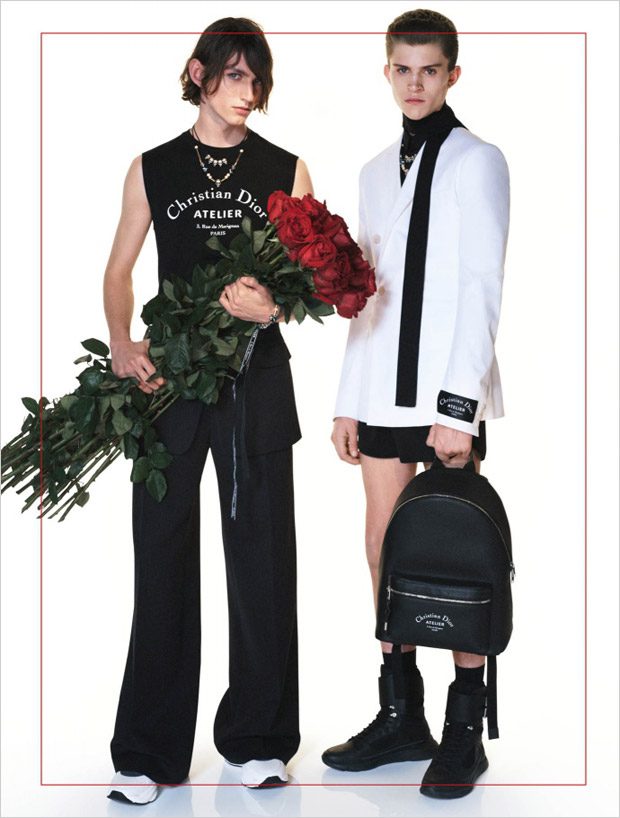 “The collection marks Kris Van Assche’s 10-year anniversary as Creative Director of Dior Homme by celebrating the savoir-faire of the atelier at 3 Rue de Marignan. Traditional tailoring is fused with varsity elements that explore the frontier of youth and young manhood.

The campaign images provoke a nostalgic romanticism underlined by a motif of roses. Christian Dior’s favorite flowers create touches of red on black and white portraits, producing a cinematographic mood. The different characters lending their faces to the campaign are each a reflection of the nuanced collection. Neil Tennant’s penchant for tailoring is a contrast to Chris Lowe’s casual look, in a bomber jacket and baseball cap, whilst Plummer embodies a more formal style with a barathea “bar-jacket suit” worn with trainers and an Atelier Dior Homme ribbon tie. The three models sport the season’s key silhouettes of wide trousers, sleeveless shirts and tailored shorts, as well as pieces from an exclusive collaboration with the French artist François Bard.“ 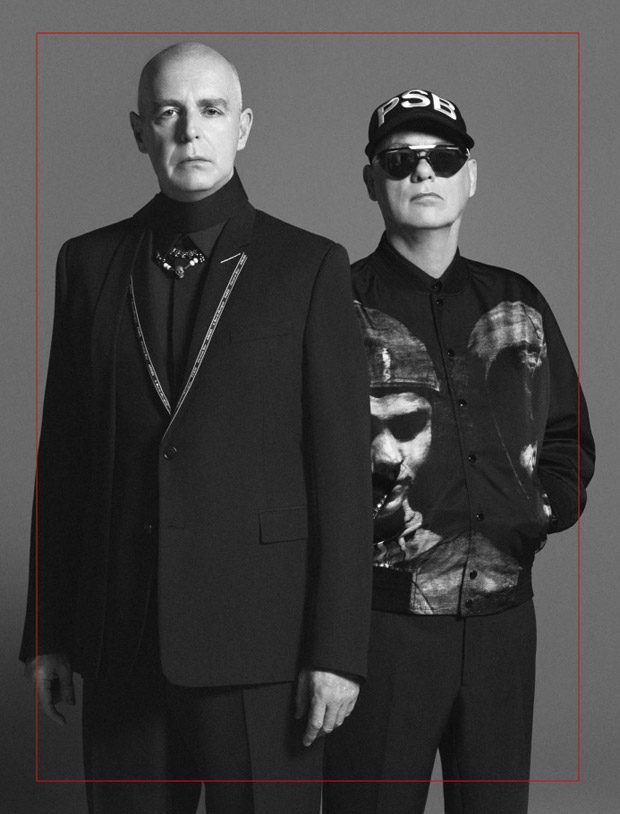 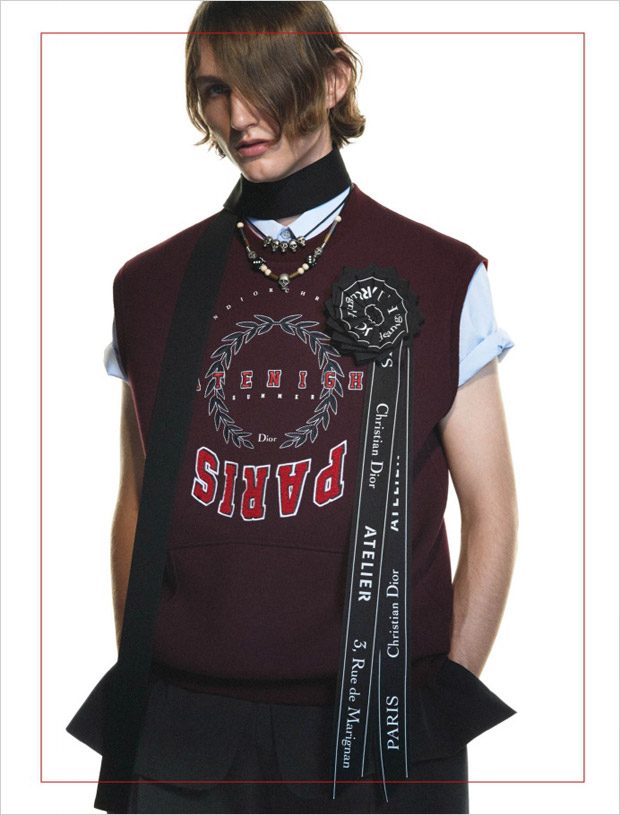 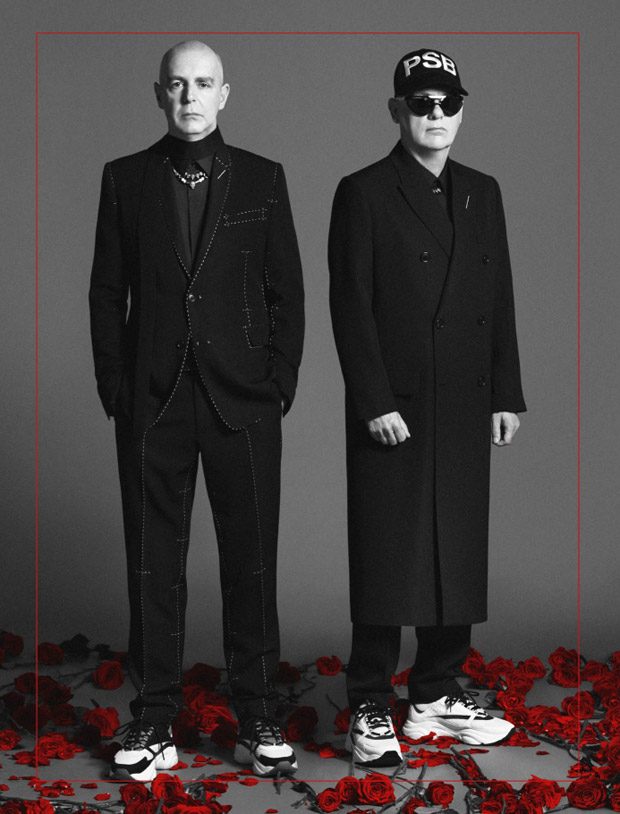 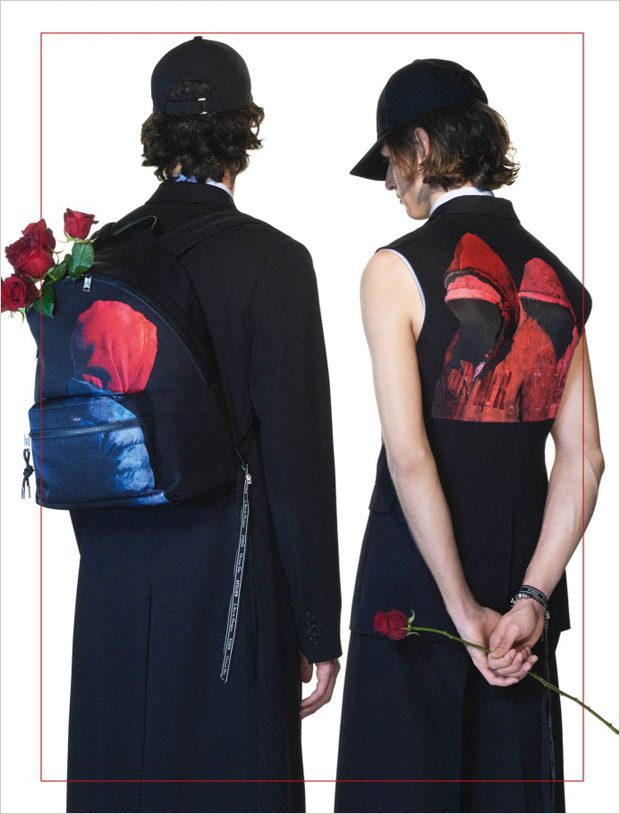 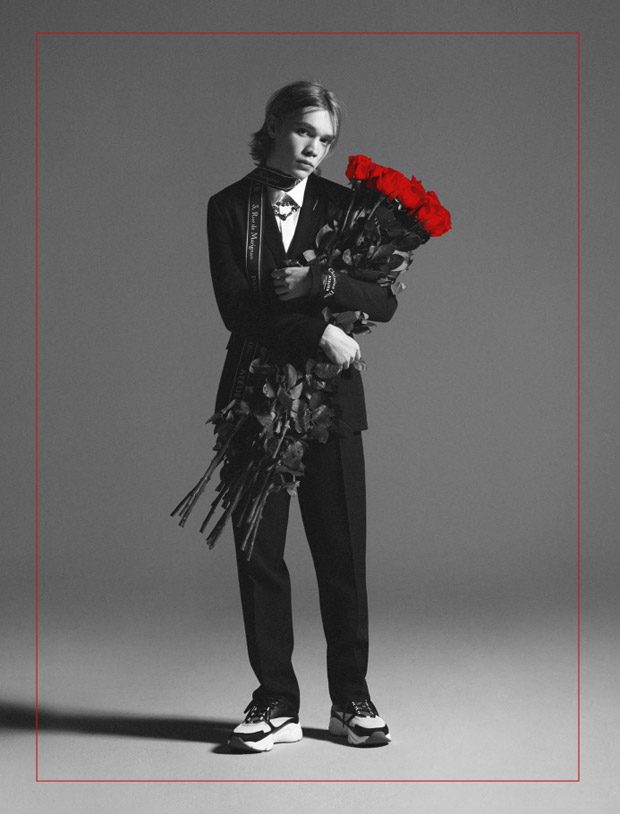 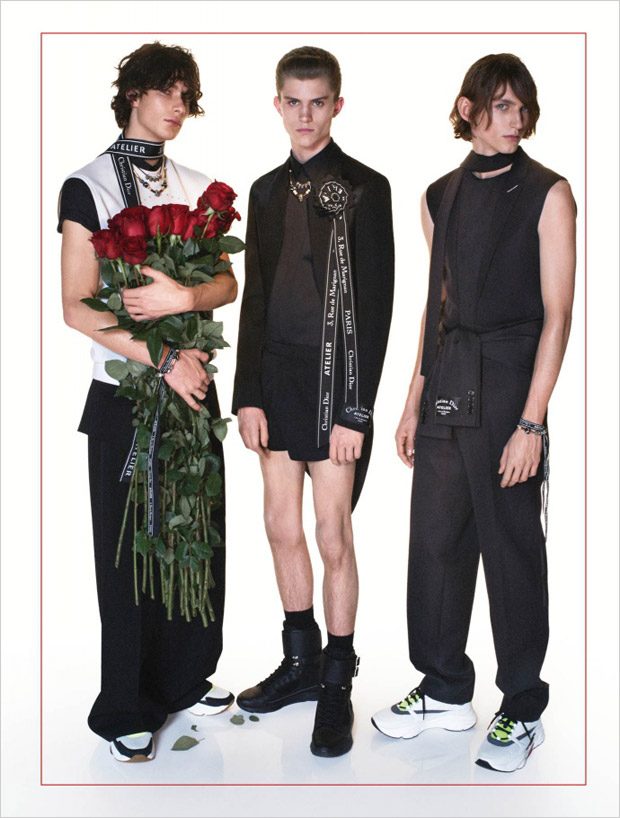 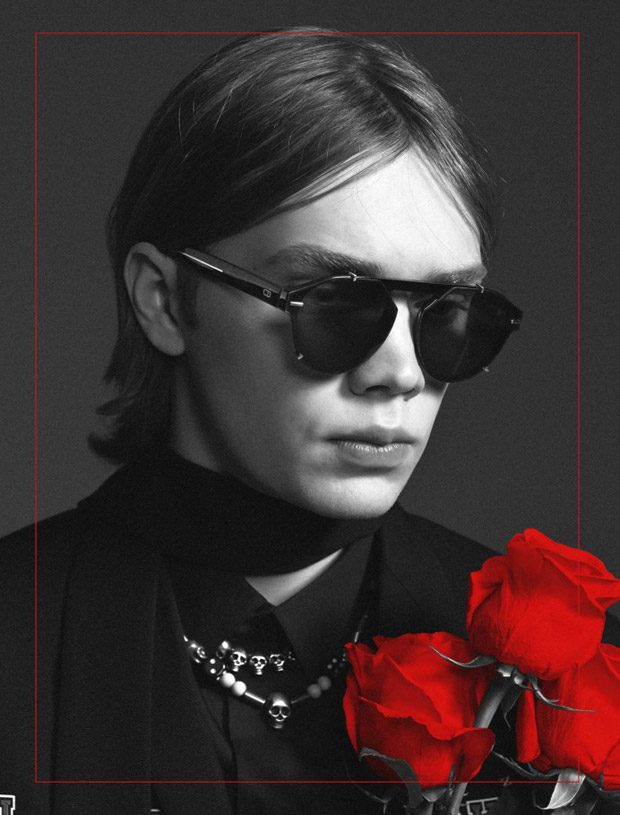