Luxury house GUCCI presented its Savoy collection with a Valigeria campaign starring actor, screenwriter, director, and musician Ryan Gosling lensed by fashion photographer Glen Luchford. In charge of creative direction was Alessandro Michele, with art direction from Christopher Simmonds. The collection features a range of travel items in all shapes and sizes defined by a combination of classic color palettes and emblematic House motifs.

“In the new Gucci Valigeria campaign, Ryan Gosling sets off on a journey in search of the unexpected, speaking to the House’s imaginative vision of travel and the magical worlds it can lead to. Heritage-infused trolleys, duffle bags, and accessories from the Gucci Savoy collection, a nod to founder Guccio Gucci’s beginnings as a porter at The Savoy in London, accompany the actor, screenwriter, director, and musician through a dreamlike dimension as the House’s century-long legacy in luggage comes to the fore.” – From Gucci

I wouldn’t be where I am today without traveling. When I was younger I came to LA to find work, and I’ve been traveling all over the world ever since to do it. Eva and I even met on a plane. It’s influenced me more than anything else in my life. – Ryan Gosling

Travel for Gucci was never purely physical. Gucci is the brand that accompanied the artists, writers, actors, and directors of Hollywood on their journeys… This is why I wanted the advertising campaign to recount a situationist dimension where the protagonist traverses a ‘non-place’ that is first and foremost a mental place, the same as those who, in the past and present, choose Gucci because they grasp the significance of creativity used to build imaginary places – Creative Director Alessandro Michele 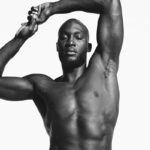 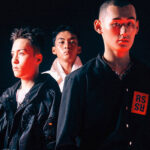