Discover VALENTINO Fall Winter 2022.23 The Beginning Haute Couture Collection, that explores an idea that beauty comes from harmony, not from rules, presented on July 8th, at the stairs of Rome’s historic Piazza di Spagna. Collection examines and reimagines the brand’s codes and history in a new way, and it celebrates both the past and the present. It’s a conversation between the house and its natal city, the Creative Director and the founder.​

The seamstresses and tailors who understand my gestures as they understood those of Mr Valentino, interweave the plot of each dress with their lives. In Haute Couture there are no paper patterns, no maps, no traces except the ones left at the bottom of the soul. – Pierpaolo Piccioli

“A dialogue with personal history, an ideal conversation with the founder through a collection of moments, themes, colors, materials, signs, lines, following the map of taste and sentiment. Dialogue is a reflection of oneself and a way of finding oneself, looking for other angles. After all, nothing is ever the same the second time around. Each beginning is a timely one. And each beginning brings back to the atelier, which is where the vision becomes tangible.

The conversation ultimately materializes in the fashion show, a topical moment and the final embodiment of the initial idea. Fashion is never static. Movement is its true dimension, unraveled in space and time. The movement along a stairwell full of history echoes other movements and fashion moments, along the same steps, which now become an extension of the Atelier. The final depiction coincides, but not entirely, with the initial one. In the differences lies the embracing of other beginnings, of further journeys without maps other than those of sentiment.” – from Valentino 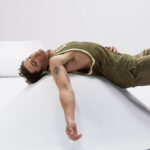 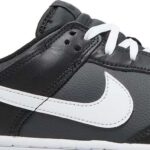