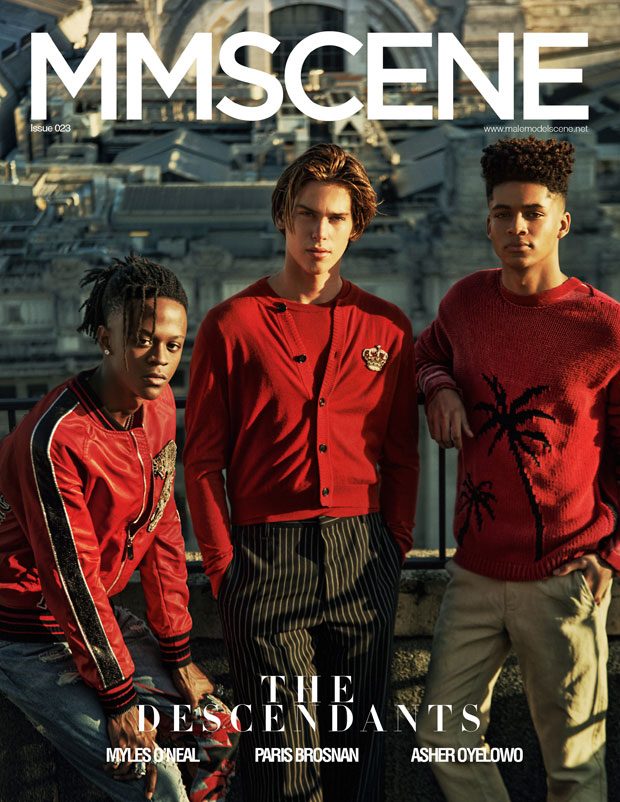 Breakthrough stars Myles O’Neal, Paris Brosnan and Asher Oyelowo land the cover of the 23rd issue of MMSCENE Magazine, photographed in Milan by Fashion Photographer and MMSCENE Magazine Art Director Igor Cvoro. In charge of the styling was Stefano Guerrini, with grooming by Matteo Bartolini at Freelancer. Production is work of Katarina Djoric, with casting direction from Zarko Davinic.

For the cover, models are wearing an entire looks from Philipp Plein, Versace and Ermanno Scervino Spring Summer 2018 Collections.