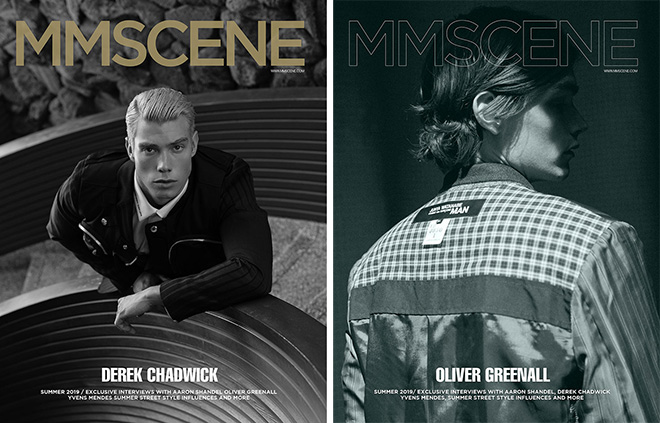 New issue of MMSCENE Magazine is out now in print and digital with two cover stars – Derek Chadwick and Oliver Greenall, along with the best of the latest collections and fashion stories captured around the globe by our regular contributors.

Continue after the jump for the letter from our Editor In Chief Zarko Davinic and an exclusive first look of our new edition. 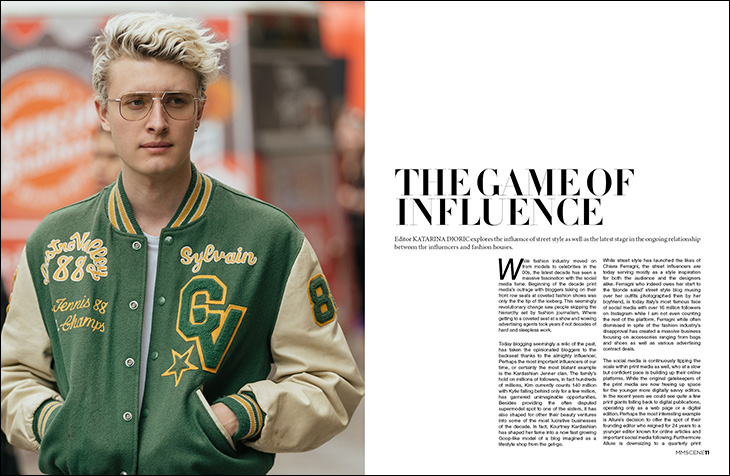 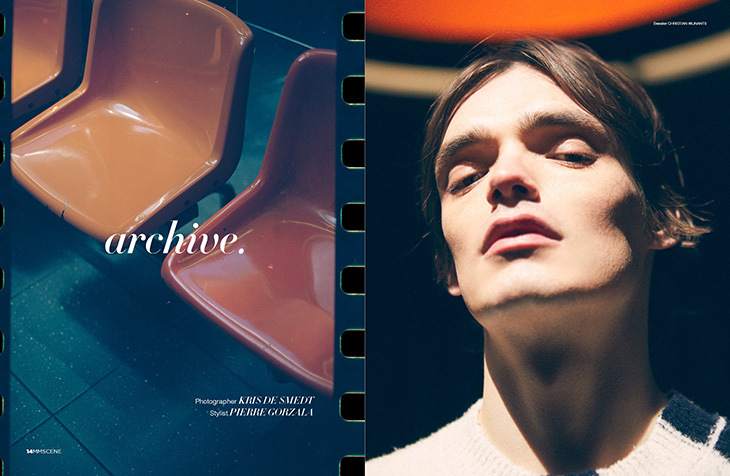 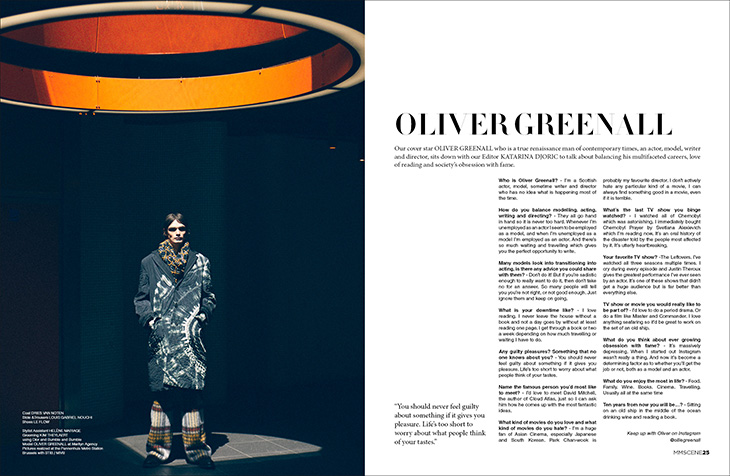 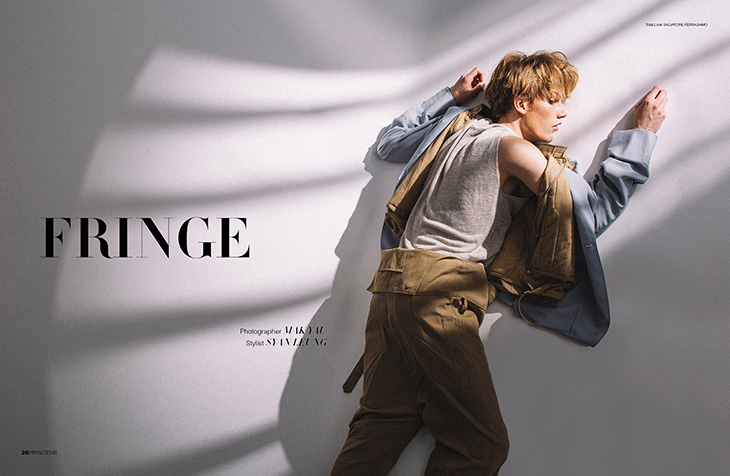 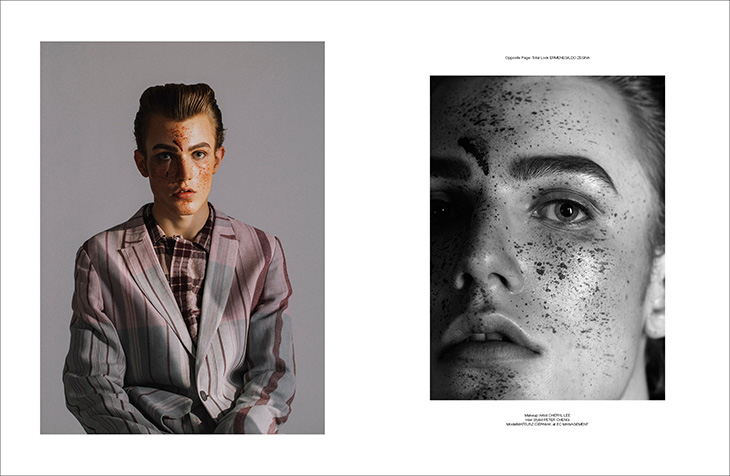 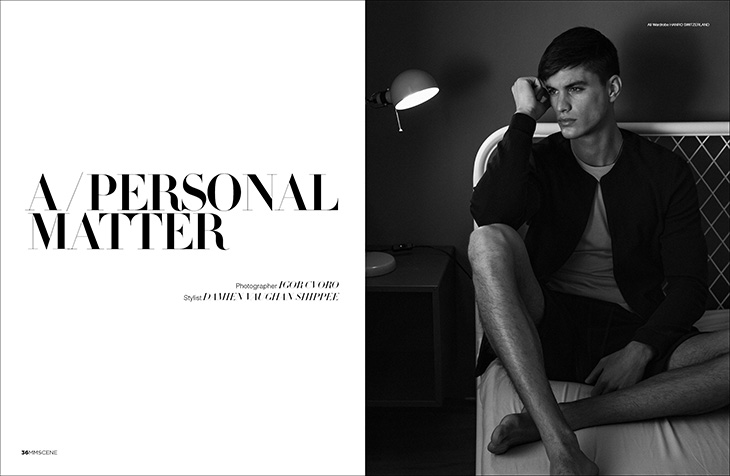 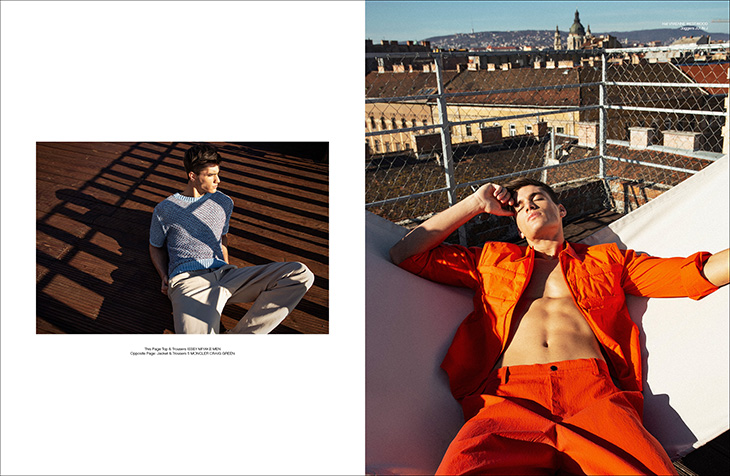 The latest issue of MMSCENE Magazine celebrates the both sides of the fashion industry, the ever growing power of the social media as well as the industry’s respect for the craft of the fashion model. While the lines are no doubt blurred our cover stars are equally inspiring, both actors and models the two young men fronting our covers are equally influential. One is Derek Chadwick, actor and model who in the ongoing pride month is a source of inspiration to many. The other is a fashion muse to many but also an actor, writer and director Oliver Greenall. Both in exclusive interviews with our editors talk about living freely, their daily inspiration, love for fashion as well as acting, inspiring both their followers and hopefully our readers. 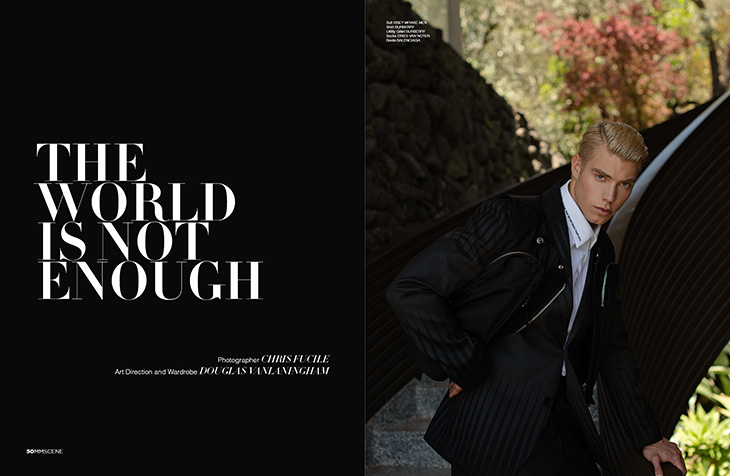 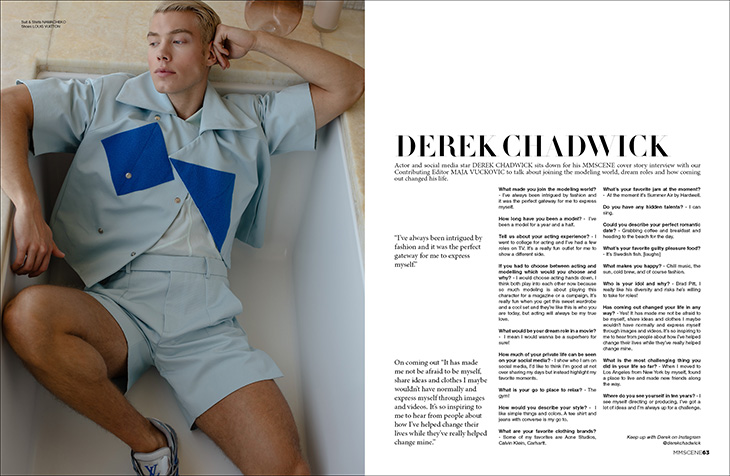 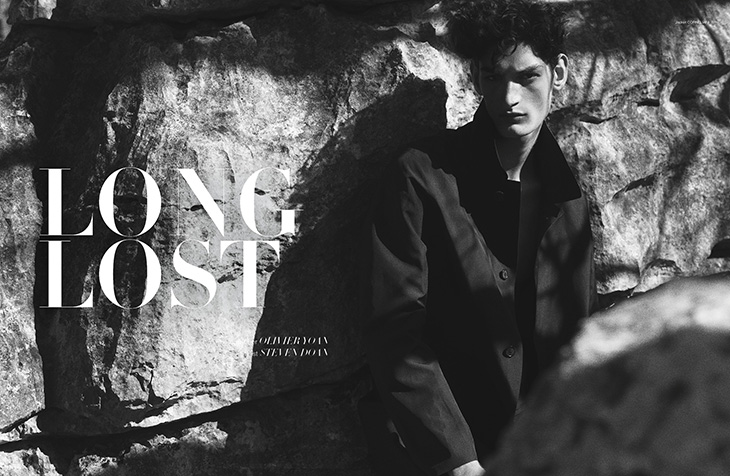 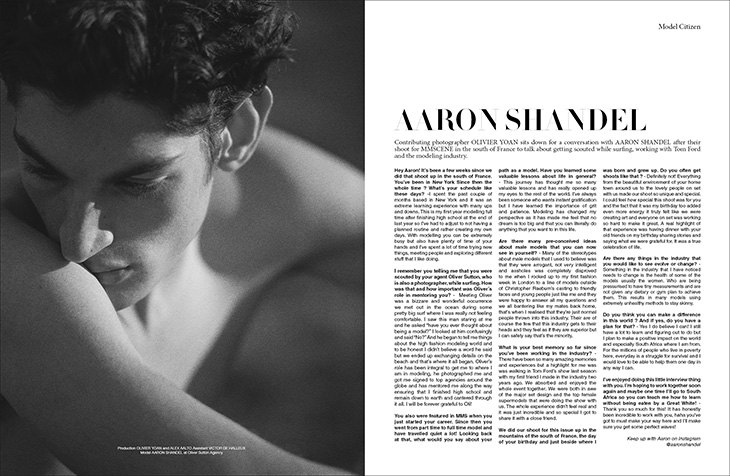 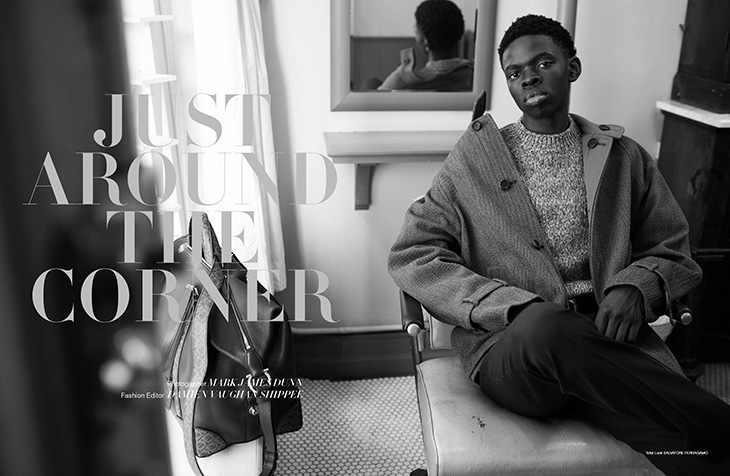 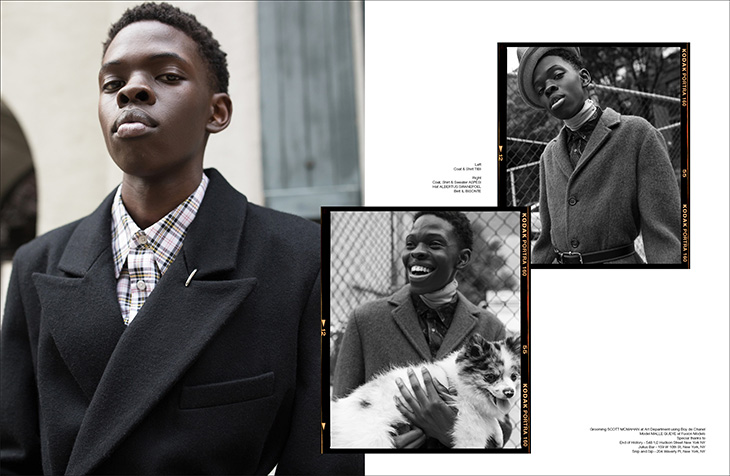 Elsewhere in the issue and always at the core of MMSCENE is working with our contributors around the globe, supporting the growing talent of our regulars as well as finding the new talent in front and behind the camera. This time we reunited also with the photographer to watch Olivier Yoan who also talked to his fashion muse for his latest MMSCENE shoot the young Aaron Shandel. Furthermore fashion pages are shaped also by cover stories from Chris Fucile and Kris de Smedt but also by dream shoots from photographers Joey Leo, Mak Yau, Mark James Dunn, and Remi Pyrdol. While our editor Katarina Djoric begins the issues by discussing the street style era, influencers, but also fashion brands and algorithms.

Finally don’t miss our conversation in the Model Talk section with the promising Yvens Mendes. 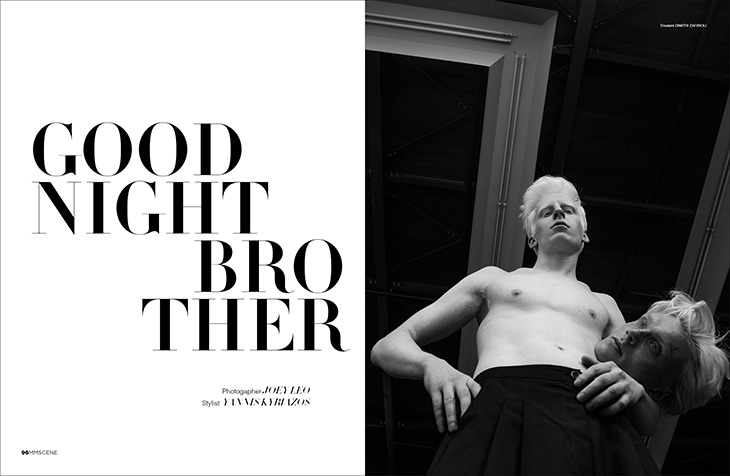 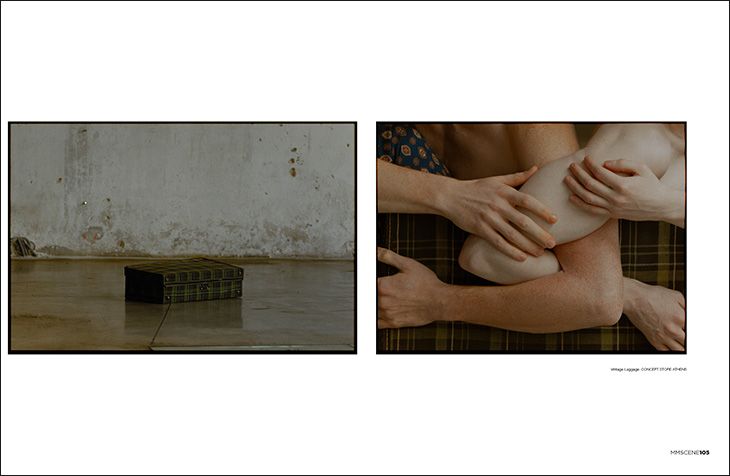 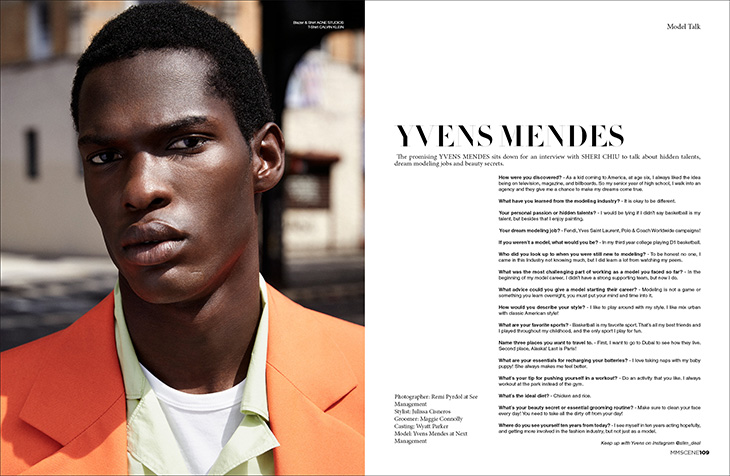 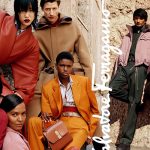 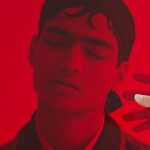