While fashion industry moved on from models to celebrities in the 00s, the latest decade has seen a massive fascination with the social media fame. Beginning of the decade print media’s outrage with bloggers taking on their front row seats at coveted fashion shows was only the the tip of the iceberg. This seemingly revolutionary change saw people skipping the hierarchy set by fashion journalism. Where getting to a coveted seat at a show and wowing advertising agents took years if not decades of hard and sleepless work.

Today blogging seemingly a relic of the past, has taken the opinionated bloggers to the backseat thanks to the almighty influencer. Perhaps the most important influencers of our time, or certainly the most blatant example is the Kardashian Jenner clan. The family’s hold on millions of followers, in fact hundreds of millions, Kim currently counts 140 million with Kylie falling behind only for a few million, has garnered unimaginable opportunities. Besides providing the often disputed supermodel spot to one of the sisters, it has also shaped for other their beauty ventures into some of the most lucrative businesses of the decade. In fact, Kourtney Kardashian has shaped her fame into a now fast growing Goop-like model of a blog imagined as a lifestyle shop from the get-go.

While street style has launched the likes of Chiara Ferragni, the street influencers are today serving mostly as a style inspiration for both the audience and the designers alike. Ferragni who indeed owes her start to the ‘blonde salad’ street style blog musing over her outfits photographed then by her boyfriend, is today Italy’s most famous face of social media with over 16 million followers on Instagram while I am not even counting the rest of the platform. Ferragni while often dismissed in spite of the fashion industry’s disapproval has created a massive business focusing on accessories ranging from bags and shoes as well as various advertising contract deals.

The social media is continuously tipping the scale within print media as well, who at a slow but confident pace is building up their online platforms. While the original gatekeepers of the print media are now freeing up space for the younger more digitally savvy editors. In the recent years we could see quite a few print giants falling back to digital publications, operating only as a web page or a digital edition. Perhaps the most interesting example is Allure’s decision to offer the spot of their founding editor who reigned for 24 years to a younger editor known for online articles and important social media following. Furthermore Allure is downsizing to a quarterly print publication changing the concept behind it’s paper edition. While Allure has perhaps worked out a potentially successful model to stick to, other print publications such as Teen Vogue, Glamour, Shape and Lucky have fallen down to web presence only to even shutting down entirely. While Conde Nast may be the proud owner of fashion’s most prestige name such as Vogue, the publisher has in 2017 reported loss of over 14 million american dollars due to it’s massive investment in digital growth, also triggering the company into another series of transformations. The once coveted licence since became far more available, with Vogue titles are popping up in Czechoslovakia, Poland, Ukraine and with relaunching even in Greece the family is certainly a growing one.

This print to digital growth the publishers are longing for is flipping the game and using the influencers as a mighty and incredibly affordable tool. While a brand might invest thousands into booking an influencer, magazines can secure covers and shoots with coveted the same just by covering basic expenses. Furthermore the market is so saturated with continuous stream of influences wanting to grab the attention that even company’s are now realizing a lower rate can secure them a famous social media face. In fact what happened to the bloggers is now facing instagrammers and youtubers. The PR offices are now asking them to do a new promo often without any monetary compensation for their services. A free night at the hotel or a pair of trousers is now a new currency for the world of Instagram as well, a strategy which already toppled the dominance of bloggers hungry for attention is now finally getting to the app mavens in a same manner.

With the changes of Instagram’s algorithm more often you will see your favourites liking and responding to comments till the wee hours of the morning fuelling that IG code with new engagements. What once seemed as an easy stroll around the fashion show and grabbing attention of a few street style photographers has now turned even up to 100 hours of work per week for an influencers bitten by the bug. Furthermore insuring upcoming sponsored ad placements on your instagram and youtube feeds means high engagement. Thankfully more digitally savvy brands are cracking down on falsified paid likes and bot followers falsifying any sort of an influence is becoming increasingly impossible. What was once a seemingly causal post of a photo on Instagram is today is anything but a spontaneous quick payday. The well paying company’s are willing to work only with influencers whose engagement is in a double digit percentage, which for quite a few takes hours of contemplating and crafting.

However, the street style power of your favourite influencers is not to be dismissed with the recent years in the fashion industry seeing designers who thanks to their street influence have landed at major fashion houses. Such are Virgil Abloh at Louis Vuitton and Demna Gvasilia at Balenciaga whose anti-fashion brands Off-White and Vetements made them anything but anti with their current positions. This is perhaps still a reason why the game of street style is such a true game changer still holding nonpalpable yet massive power.

Thus measuring how big is the influence of the street style actually in today’s fashion industry is a hard question. It also brings up the question of who was first, the fashion crowd or the fashion designers. Designers or influencers themselves are hardly the ones to hold an answer to this question. Finding an adequate answer comes in the actions of the fast fashion and luxury brand PR offices as well as strategy offices. While the buy now see now idea has proven for most as a failed model, Burberry for example entirely abandoning the model after spearheading the same, the world is now enticed with limited runs and capsule collections. The growing number of brands has also seen a great response to the pre-collections, the always confusing cruise to resort collections have quickly turned into biggest best-sellers without any big fashion week hype.

Finally, what worries the industry heads the most is the loss of control and power to understand their sales. What is certain fashion powerhouses are losing sleep while working to reclaim their power, working closely with company’s such as Google and Instagram to gain insight into their paid post and monetising on the metrics provided by the same. Clearly influencer has now turned into a serious job where one will have to show the brands and agencies an in-depth and verified analytics file standing behind their fees. 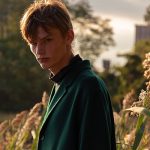 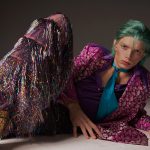