When the rumors starting swirling about Rihanna being pregnant, she became the main talk of every media. The questions about her next album stopped and everybody wondered if she was having a baby with her partner A$AP Rocky. Their pregnancy was revealed with a paparazzi photoshoot she definetly organised on the streets of New York. The stylish power couple brought their A game when it comes to their outfits. Rihanna bared her baby bump in oversized unbuttoned pink jacket, while the multiple colorful jewels adorned her bump. With her various fashion ventures, collaborating with Puma, Manolo Blahnik, launching her Fenty Beauty, Savage x Fenty and Fenty lines, Rihanna developed a large style and beauty influence throught the world. She is known for being a risk taker when it comes to fashion, and we certainly hope that the little one will be to.

That being said, MMSCENE team prepared a list of best toddler shoes inspired by music icon’s style. Discover our picks below:

Starting of with Riri’s favorite Puma. She collaborated with the brand in 2015 making a range of styles from Creeper to jelly slides and lace-up boots. Puma made a direct connection to a larger female audience with this four-year collaboration. Even though in her line we couldn’t see toddler shoes, we picked the one similar to her fun and playful style. The Wild Rider ‘Rollin’ style brings an urban streetstyle look with vibrant pops of pink and glow yellow color and dynamic silhouette. You can find this and similar styles at Flight Club.

We all know Rihanna’s love for Nike‘s classic fits. She often sports dunks with flowy dresses or even couture pieces. The Nike Dunk Low SP TD ‘City Market’ features a collage-like design throughout the upper, highlighted by colorful graphics that celebrate the legacy of Blue Ribbon Sports. The textile paneling is inspired by city grocery stores and their habit of upcycling. A transclucent Nike Swoosh sing resembles plastic bags, along with an insole graphic on the left shoe that reads ‘Thank You for Caring!’.

For this particular style we were inspired by Rihanna’s love for basketball. You can often see her in the front rows of major basketball games in her sporty chic outfits. The Puma MB.01 Infant ‘Buzz City’ was designed in collaboration with Charlotte Hornets player LaMelo Ball. The Hornets guard introduced them on the court during several NBA games, and now you can shop the same for your baby on GOAT. The sneaker has a primarily black upper with light blue details on the collar, tongue, and forefoot logo. The shoe includes PUMA’s Nitro Foam midsole for responsiveness and comfort.

The Air Jordan’s are surely one of Rihanna’s favorite from her early career days. You could see her sporting the classic ‘Bred’ colourway while running errands, on arpoirts and more. In 2012 Rihanna was seen wearing the Air Jordan 7 Retro ‘Golden Moments’ sneaker while on her way to Japan. The shoes also come in toddler size in simple black leather and nubuck throughout and golden accents referencing the trophies Michael Jordan won with the Chicago Bulls.

We’re sure Rihanna’s baby will own a lot of designer clothes, so we’re including this Gucci Flashtrek shoes in our list. Rihanna is a big fan of Gucci throught the years, and she showed that while attending Gucci’s latest show presented at Milano Fashion Week. The kids’ Flashtrek sneaker is designed with the same hiking inspired details as women’s and men’s version, featuring a mix of nylon, leather, suede and technical canvas set on a chunky rubber sole. The tongue also features a rubber Gucci patch in SEGA font. 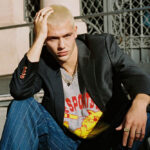 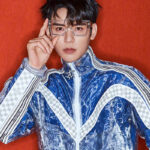