Looking to get inked but not sure what type of design you want? Men tend to be more conservative with their tattoo designs, opting for smaller and more subtle designs rather than the large and graphic ones you see often on women. Whether you’re considering a discrete bird tattoo or a larger piece like the Polynesian tribal sleeve, there are so many great tattoo ideas out there for men. Here is our list of what we think are the best tattoo ideas for men:

Geometric designs are simple, symmetrical, and have very few loose ends or lines. Because of this, they are easy to design and look great in simple black and grey color schemes. A classic geometric tattoo design that you’ll see on many men is the nautical star. With 5 points, the nautical star is often used as a symbol of guidance, honor, and recognition of service.

Star tattoos can also represent the connection between people in a relationship or friendship. If the 5 points of the star are broken or interrupted, it can symbolize a disconnection. While geometric tattoos are great for simplicity and clean lines, they also have the ability to look bold and striking when done in bright colors. If you’re looking for a tattoo that’s classic yet bold, geometric tattoos could be a great choice.

Tribal tattoos are a classic design that is still loved today. These tattoos are often large in size and involve bold lines and geometric shapes to create bold and striking designs. They can be done in a variety of styles, including Polynesian, Japanese, and American tribal. Tribal tattoos can be composed of one large piece or multiple smaller pieces.

Tribal designs are often associated with nature, spirituality, and ancient civilizations. Many men choose tribal tattoos to tell a story about themselves or their interests. The Polynesian tribal sleeve is a very popular tattoo design and tells a story about ancestry and culture. If you’re drawn to tribal tattoos but aren’t sure where to start, there are plenty of online tattoo galleries that can help guide you in creating your own tribal design.

Animal tattoos have been around since the beginning of tattooing. While many men choose to get animals in realistic form, you can also find plenty of abstract designs. There are thousands of animals to choose from when designing your tattoo, and they can be done in a variety of styles. Wolf tattoos are a very common and popular design choice.

Wolves are very strong and regal animals, and they can represent many things depending on the design. Wolves are often associated with freedom, bravery, and strength. If you’d like to get a more subtle animal tattoo but aren’t sure what to get, you can also try incorporating small symbols and designs that are often associated with different animals.

For example, the rooster is often associated with the sun, the lion represents strength and bravery, the butterfly represents transformation and change, the snake is a symbol of health and healing, and the owl is a symbol of wisdom and knowledge.

If you’re looking for a tattoo design that is more discreet and subtle, the word tattoo could be a great choice. A word tattoo can be small and discrete, and you don’t necessarily have to get the word in your language or the name of your significant other.

Word tattoos can embody anything you want them to, whether it’s a favorite quote, a state of being, or a goal you hope to accomplish. If you’re looking for word tattoos, you’ll have a variety of different fonts and styles to choose from. You can also customize the size and placement of your word tattoo to make it stand out but still remain subtle.

Stars are often used to represent a wide variety of things, including goals, dreams, and wishes. They are also often used to represent the connection between people in a relationship. If you’re looking for a tattoo that has symbolism behind it, a star tattoo could be a great design choice for you. If you’re looking for a way to incorporate the moon into your tattoo design, you can also consider including crescent moons, full moons, or images of the moon’s surface.

Stars and the moon can be done in a variety of styles, including American traditional, geometric, black and grey, and realistic. No matter what style you’re drawn to, the versatility of star and moon tattoos makes them a great option for men who are interested in getting a tattoo with a deeper meaning behind it.

Flowers are a common design choice for women’s tattoos, but they can also be a great choice for men who are interested in a floral design. While many floral tattoos are done in a more feminine style, floral tattoos can also be done in a bold and striking design. You can also incorporate different floral patterns and textures into your tattoo to make it stand out.

If you’re interested in getting a floral tattoo, you have lots of different flower designs to choose from and you can even incorporate other nature-inspired designs like vines and leaves. No matter what design you’re drawn to, floral tattoos look great as a larger piece or in smaller and more subtle designs around your body.

If you’re a music lover and would like to incorporate your love of music into your tattoo, a mural or band tattoo could be a great design choice. These tattoos are done in a variety of styles, including black and grey, geometric, realistic, and watercolor. You can also have a mural or band tattoo done in any size or scale you’d like, making it perfect for any body part.

If you’re looking for a more subtle mural or band tattoo, you can choose a favorite lyric from a song or a band name. You can also incorporate symbols or imagery that are commonly associated with a band, such as a guitar pick or drumsticks.

If you’re looking for a design that is bold and striking, a geometric tattoo may be perfect for you. Geometric tattoos can be done in a variety of styles, including American traditional, black and grey, and geometric. Other great tattoo ideas for men include tribal tattoos, animal tattoos, lettering, and word tattoos, star and moon tattoos, floral tattoos, and mural and band tattoos. 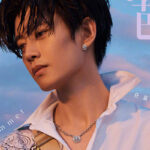 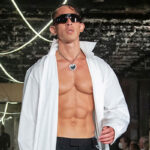