Ever wondered what hip-hop and a Texas rodeo would look like together? Travis Scott is continuing his reign as king of collaborations with yet another Nike sneaker – The Travis Scott x Nike Air Max 1 ‘Baroque Brown’. The latest of the chart-topping rapper’s coveted releases with Nike is inspired by the iconic silhouette of the Nike classic, and it is finished with an amalgamation of textures and materials.

Multiplatinum recording artist Travis Scott honors his Texas roots with his third Air Max collaboration release. This shoe uses a mesh upper combined with a smooth suede details and a Baroque Brown, Lemon Drop, Wheat and Chile Red colorway inspired by his  love for earth tones and a worn-in look. This new model incorporates many of the same design elements of the previous releases, such as premium nubuck and rubberized badges on the tongue. Subtle design additions include a reversed yellow Swoosh on the lateral side, red and white hiker-style waxed laces and “Cactus Jack” badges at the rear and printed insoles.

I’m always trying to learn new information, find some new creative outlet, a new way to get off your creative frustration.
– Travis Scott.

The color schemes are also inspired by Scott’s own affinity for vintage apparel and washed-out earth tones, while the material selection, further relays an outdoor connection, while oxidation of the upper, midsole and Air unit, helps celebrate the beauty of a well-loved object’s patina.

The Air Max 1 silhouette is designed in 1997 by the legendary sneakers designer Tinker Hatfield. Through the years the debut Air Max 1 captured the hearts of many. Starting off as an architect, Hatfield applied his structural and construction knowledge into some of the most popular sneaker designs, leading the charge on some of the most influential Nike and Air Jordan designs.

The Travis Scott x Nike Air Max 1 ‘Baroque Brown’ treats the iconic retro runner to a rugged outdoor-inspired makeover. Red hiker-style laces secure a cream-colored mesh upper with dark tan leather overlays and a brown nubuck mudguard. Scott’s signature reverse Swoosh decorates the lateral quarter panel in a Lemon Drop finish, while multicolor woven straps are integrated into the laces and heel overlay. The latter features a crimson triangular patch, accented with Cactus Jack branding on the right shoe and a classic Nike logo on the left. The sneaker is mounted on a two-tone foam midsole, fitted with Air-sole cushioning in the heel and supported by a waffle-traction rubber outsole. – from GOAT.

Jacques Bermon Webster II, known professionally as Travis Scott, experienced a meteoric rise over the past few years, thanks to his greatly successful third studio album, Astroworld, and countless fashion brand collaborations. With an impressive run of highly coveted releases, especially the Travis Scott shoes, he became one of the major aspirants when it comes to the hip hop sneaker throne. Since their first collaboration in 2017, Nike has let Scott put his spin on various silhouettes ranging from Air Force 1s to Air Jordans.

Besides his Nike collab, the rapper has worked with Dior for a menswear collection released in the summer of 2021, as well as with McDonald’s on a limited edition meal that was introduced in participating McDonald’s restaurants in North America, called “The Travis Scott”. 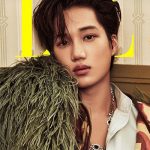 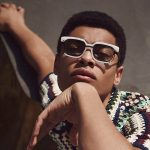