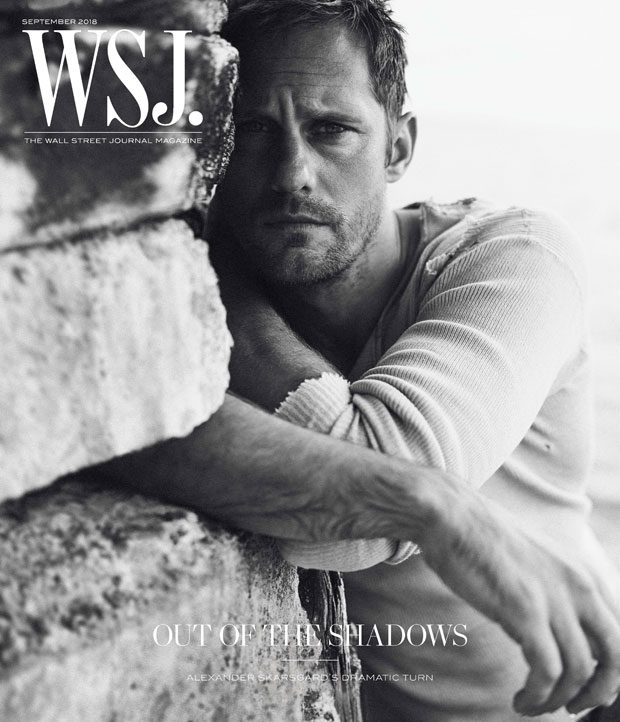 The hunky actor Alexander Skarsgård is no stranger to a fashion magazine cover, latest under his belt is the WSJ Magazine’s Men’s Style Issue cover. In charge of the photography was the talented fashion photographer Annemarieke van Drimmelen, while the styling was handled by George Cortina.

Scroll down for more from the shoot, plus exclusive outtakes from Skarsgård’s interview:

Skarsgård talks his recent more darker roles and the coming Hold The Dark in select cinema’s and on Netflix by the end of September: “So, a lot of f—ing darkness last year, man. I learned early on if I can’t switch off and clock out, if I carry it with me when I come home, it’s gonna destroy me and my relationships,” 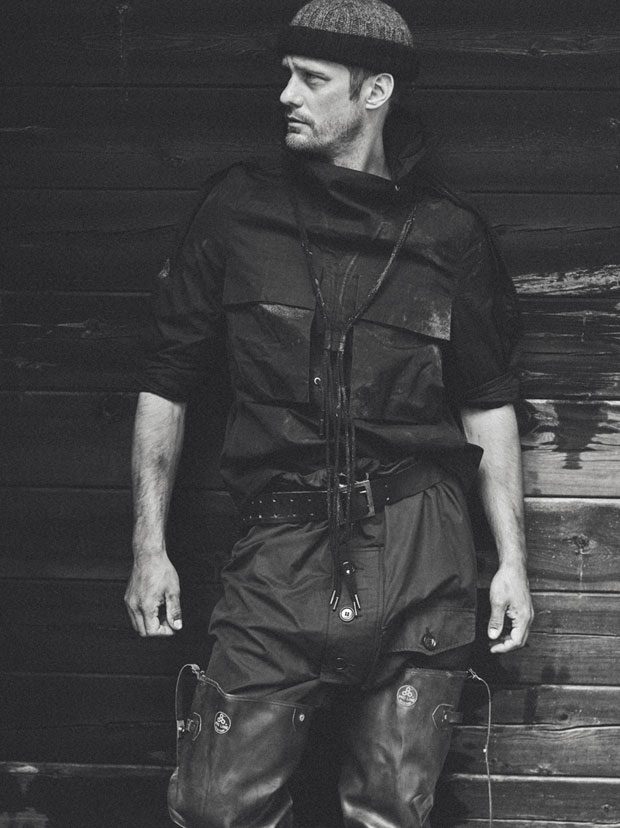 On Big Little Lies and filming season 2:  “I was staying with my friends, and they have two kids, 8 and 10. It meant so much to have that lightness, to go home to a lovely family life and hang out and play with the kids just so I didn’t spend five months in that darkness,” he says, adding: “They saved me.” He will presumably appear in flashbacks, or maybe as “a secret twin or evil zombie,” he jokes. “We’re taking it a slightly different direction this season.”

Filming with Meryl Streep in the 2nd season:  He was supposed to share a scene with the three-time Oscar winner in the 2014 film The Giver but arrived on set to learn Streep was not even in the country—her character would appear as a hologram, and she would be shot against a green screen later. “I haven’t worked with her yet, but I’m excited,” he says, noting that he will soon return to L.A. to shoot the rest of his scenes. “If she’s a hologram again, I’ll throw a fit.” 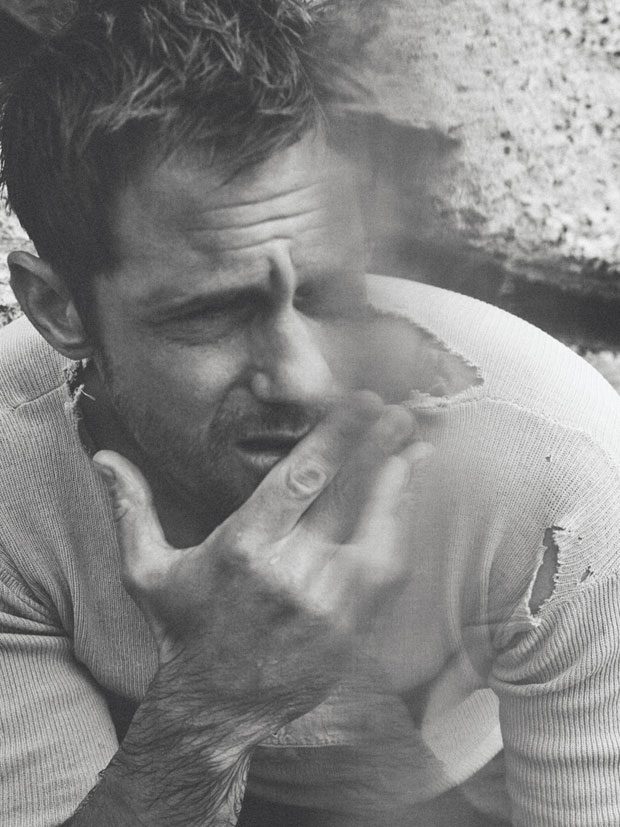 On his childhood with father, actor Stellan: “It was very lively, crazy, bohemian and intense,” says. “I was studious, I was into sports, I was into listening to music. I just wanted to be normal.” His father, a longtime repertory theater actor before he gained international renown, would roam the house in the nude regularly enough that Skarsgård was hesitant to bring girls home. “My biggest wish when I was 14,” Skarsgård says, “was that Dad would become an accountant, drive a gray Saab and wear a suit to work instead of cooking these weird dishes naked and drinking wine on a Tuesdaywith artists“

The on romance rumors: “It doesn’t affect me. People can think whatever they want,” he says, adding that, although he’s not active on social media, he still hears such rumors. “It’s impossible to live in a vacuum—you hear, ‘Oh, I heard you’re dating so-and-so.’ Sometimes you’re like, ‘Yeah, I did.’ Sometimes it’s, ‘Never met the person but give her my number.’” “Hopefully one day I’ll settle down.” 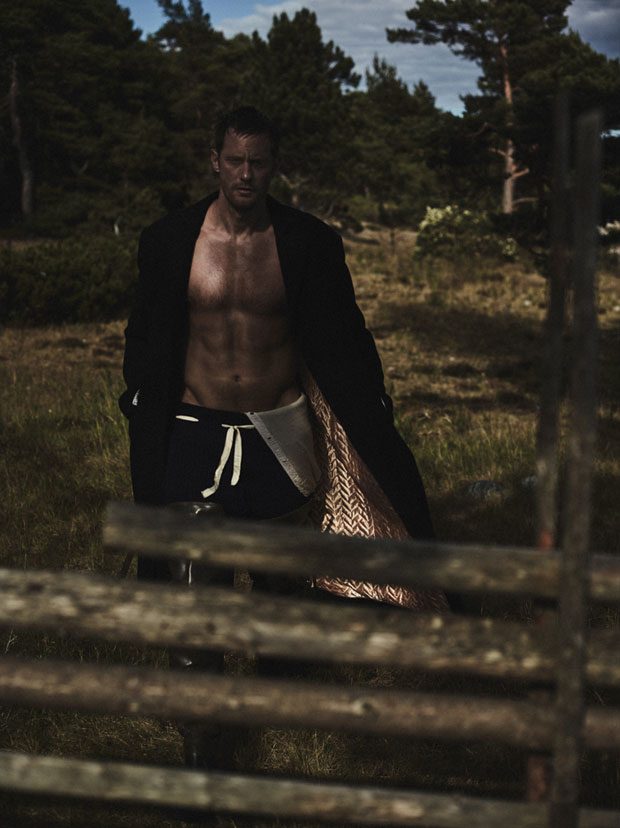 Nicole Kidman on Alexander: “I think the world is his oyster in terms of an actor. He’s only scratched the surface as to what he can actually do,” says Kidman. Before filming the first season, she spent time with Skarsgård so they could build a rapport and trust. “I thought going into it I’d feel really safe with him,” she says, “and I did.”

Obecoming an actor: “It was never a decision, it just happened. I never thought of it as, ‘This is what I want to do for life,’” he recalls. “I was just like, ‘It’s great, it’s fun, and I get free Cinnabons and shit.’” 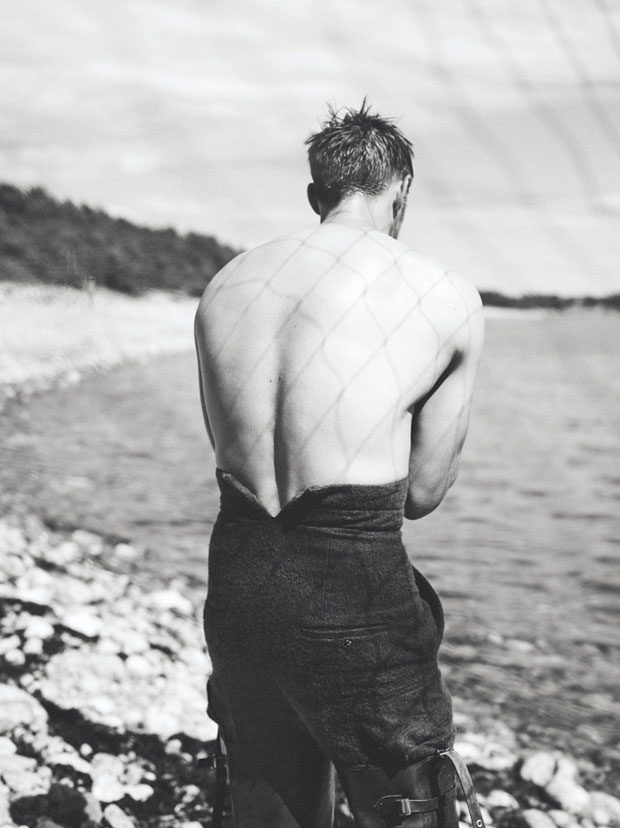 Skarsgård on his ambivalence for acting which led to his quitting early in his career:  “I wanted to be like everyone else, to blend in,” he says. “If I thought a girl was cute, I wanted her to talk to me because she thought I was interesting or nice. Not, like, ‘I saw that movie.’ I thought people only wanted to hang out with me because they liked this movie. So I quit.”

Stellan Skarsgård on son Alexander (the eldest of his 8 children): “I think he needed confirmation he actually was someone as an actor,” Stellan says. “He worked so hard for years in L.A., without nabbing anything. Then he got more loved for his looks than anything else—which is a problem I’ve never had—so he very smartly started to take smaller, challenging projects.” 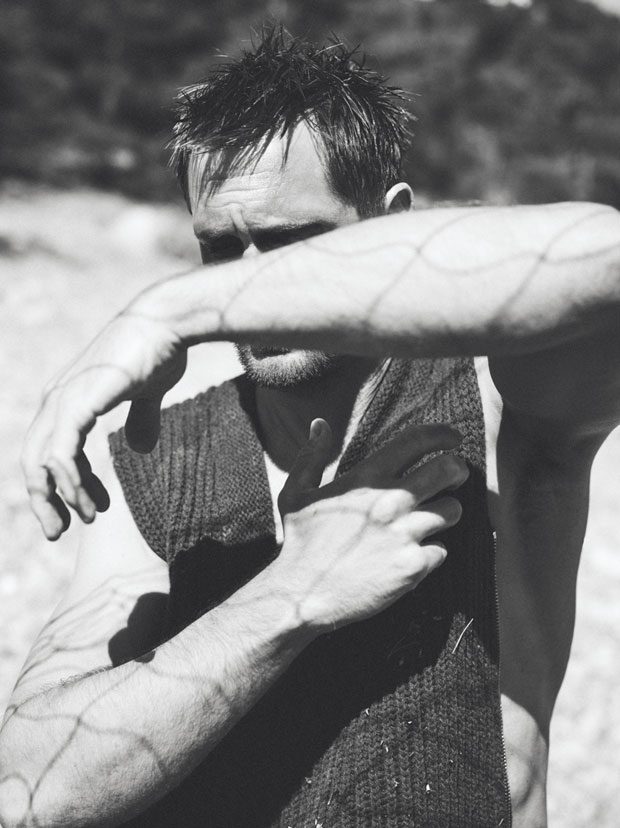 Skarsgård on his favorite holiday – Sweden’s Midsommar (Midsummer): “For someone who hasn’t experienced it, it’s f—ing surreal,” he says of the pagan fertility celebration. Swedes head to the woods, set out lavish smorgasbords with pickled herring and schnapps and erect a modified maypole to commemorate the summer solstice. “You celebrate by sticking a 20-foot pole covered in leaves and flowers into the ground,” Skarsgård explains. “A phallic pole in a hole—the symbolism is very clear. So, after you fertilize Mother Earth, you get shitfaced and then you dance around the pole and sing.”