From the moment I did a play I was called gay at school, but I had this abundance of confidence in myself. Because I could do both: I was quite good at sport and I think I was quite good at theater. I felt like I was above it, or it made me feel older. It made me feel wiser. I never was worried that my peers would think that I was less than a man. And also, there’s the classic thing of I was doing plays with girl schools. I’m spending my weekends with the most beautiful women from the school next-door, reading the most romantic words ever written.

I was just like, Damn, Elvis Presley wanted to be James Dean. He wanted to be Marlon Brando. I’ve researched almost every actor from that time period, and I passed [Elvis] off as an entertainer and singer. But then he was an actor. I guess, in a way, I’m trying to learn from these people. Because I obviously don’t have any friends that have been through the same thing, really, so they’re almost like guiding beacons.

I had a lot of confidence at school, so I could navigate that path myself. Playing rugby made my dad proud. Being in the theater made my mom proud. So if I could play to both sides of how I was raised, then how could I lose? And that sounds like a hindsight thing, but I knew it at the time. And I still carry it now. I hope that’s what the performance is in Euphoria. It’s muscle and heart. It’s Montgomery Clift and Marlon Brando. 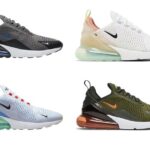 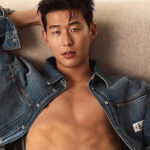