Luxury jewelry house CARTIER named Elvis star AUSTIN BUTLER as the brand’s newest ambassador for North America. The 30-year-old actor started his career back in 2005, in Nickelodeon‘s Ned’s Declassified School Survival Guide. He played a main role on another Nickelodeon series Zoey 101, before landing the role of Sebastian Kydd in The CW‘s Sex and the City prequel series, The Carrie Diaries (2012). In 2019 he appeared in the Quentin Tarantino film Once Upon a Time in Hollywood as a fictional version of Manson Family member Tex Watson. Butler portrays Elvis Presley in the upcoming Warner Bros movie Elvis directed by Baz Luhrmann, scheduled to be theatrically released worldwide on June 24, 2022.

I am thrilled and honored to begin this exciting relationship with Cartier. I have long been an admirer of the maison’s creativity and innovation, and I’m very much looking forward to the work we will be doing together in the future. – Austin Butler

Cartier also enlisted k-pop superstar and Blackpink’s member Jisoo as one of their new ambassadors. 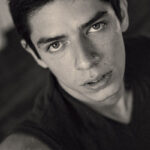 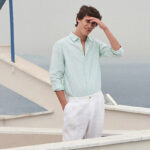