Nails signify your health, and sometimes they can signal problems that need to be addressed. For example, changes in your nails can indicate diabetes, anaemia, and other serious conditions. Ignoring such signs can be detrimental to your health. So what’s the way out? What are some of the common nail issues that could signify a bigger health concern?

We talk to the specialists to get you the right tips on what to do. Before the read, if you have any of these seriously ongoing conditions do consult your physician. These tips are listed by MMSCENE’s health and fitness editor as a guideline and precaution.

Do your nails chip, crack, or peel easily? Do they break before growing to a decent length? If yes, then you might have brittle nails. This can be caused by several things, such as dehydration, over-exposure to water, aging, and nutritional deficiencies. While brittle nails aren’t usually a sign of a serious health condition, they could sometimes indicate psoriasis, thyroid disease, or diabetes. If you have brittle nails and are also experiencing other symptoms like fatigue, sudden weight loss or gain, dry skin, hair loss, or changes in bowel habits, it’s best to see a doctor.

Pale nails may indicated you are in the beginning stages of  anaemia or you are in low iron levels, however if your nails look pale or white all over instead of their usual pinkish colour do not hesitate and consult with your doctor. Anaemia is a common blood disorder that occurs when there are not enough healthy red blood cells in the body. This can lead to fatigue, weakness, and shortness of breath. If you think you might be anaemic, see a doctor for a blood test. Treating anaemia is important because it can lead to serious complications if left untreated.

Do your nails resemble spoon like shape? If they’re scooped out or appear thin and concave, it could be due to iron deficiency, spoon nails are also called koilonychia. Iron deficiency is the most common nutritional deficiency worldwide and can cause fatigue, weakness, and pale skin. If you think you might be iron deficient, consider IV therapy beauty regime. An IV Therapy can help replenish your iron levels and make you feel more energized and refreshed. Nevertheless if you are pron to iron deficiency consider a healthier plant based diet, exercise and a try a few simple ways to get a regular sleeping pattern. To note one more time, while IV therapy is a great addition to your beauty and health regime it is no cure to any of the problems listed in this article.

If you notice ripples or waves in your nails, it could be due to an onychorrhexis condition. This is more common in older adults and is usually caused by nail trauma or changes in the nail’s structure. Onychorrhexis isn’t usually a sign of a serious health condition, but it can be painful and make your nails more susceptible to infections. If you have onychorrhexis, try using a moisturizing cream or lotion on your nails to keep them hydrated. If this is a persistent problem you must you must pay a visit to your physician about prescription creams or treatments.

If your nails are yellow, the most likely answer – it could be due to smoking. However, excess use of nail polish, or fungal infection may also play part. See a doctor if you have yellow nails and are also experiencing other symptoms such as itchiness, redness, or even pain. Often yellow nails are a certain indication of a serious fungal infection called nail psoriasis that needs to be treated. Yellow nails often show on your toenails and hey, more then certainly this is not smoking related. On a more serious note the fungai infection if untreated may cause longterm damage to your nails.

However to prevent nicotine stains actually causing yellow nails there are a few options in the running. The most healthier of couse is quitting smoking, but you are not here for that advice? First step thoroughly wash your hands after you smoke, every time without exception. Another solid advice is wearing gloves while smoking. The smoke won’t be able to cause stains through gloves. There are a few additional advices on removing nicotine stains. However none is as healthy as quitting your smoking habit.

If your nails look blue or purple, it could be due to poor circulation or an underlying medical condition. Poor circulation can be caused by smoking, obesity, or sitting in one position for too long. It can also signify Raynaud’s disease, a condition that causes the blood vessels to constrict when exposed to cold temperatures or stress.

If you notice any nail changes, do not ignore such signs. We can not emphasize strong any of these changes in your nails can be a very clear indication of a bigger health problem. If you are experiencing any other symptoms along with changes in your nails, it is best to see a doctor immediately.

All images from our MMSCENE magazine’s online exclusive sessions featuring model Saba Abramishvili in a shoot by photographer Image courtesy of ©Philipp Raphael for MMSCENE – see the complete shoot. 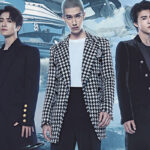 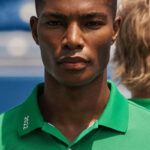