Indonesian actor Angga Yunanda sits down with our editor Maja Vuckovic to discuss acting, movies, future plans and much more.

Hi Angga, we are so glad to have you at MMSCENE. Tell us a bit more about yourself. Who is Angga Yunanda?

Hi MMSCENE it’s an honor to be featured with you. Angga Yunanda is just a young, 21-year-old boy from Lombok, Indonesia. I work in the entertainment industry, I will be very happy if people recognized me as an actor.

How did you get discovered?

Apparently, my sister and my parents convinced me to go modeling, presenter and acting competitions which were held in Lombok. And luckily, I was selected as a winner. The next thing you know Image Management approached me and I got signed as an artist and then I moved to Jakarta and started my acting career in 2015. The year I got a role in one of the television series, up until now I’ve played several characters in the movie. So that’s the story of how I came to be known.

Was acting something you dreamed of doing?

Initially acting is not a job that I’ve dreamt of doing, but after I entered the world of acting, I grew to love it and I was able to learn a lot from it, and hopefully I would continue to be in this career as long as possible.

Is there a specific genre you’re attracted to?

There are a lot of genres that I want to try… but if I could only choose one, it would be the action genre. And it’s going to happen soon! An action movie with Angga Yunanda in it will be released soon!

Who do you look up to when it comes to acting?

This is a really tough question. Right now I might say Emma Watson. I love her as Hermione Granger in Harry Potter, and I love how she cares about important issues, for example Women’s rights and Education, and using her platforms to spread awareness and encourage discussion about the issue. There’s something admirable about that. She’s not only an incredible and famous actress, but she also contributes to global society.

What was the hardest role you’ve had so far?

All the characters I’ve played have their own difficulties, but I can say the role as ‘Bima‘ in the movie ‘Two Blue Stripes (2019)’ is one of the hardest. Because it raises the theme of teenage pregnancy and sex education which are still a taboo among many parents in Indonesia. It had become a controversy because it raised a rarely-discussed topic in Indonesian cinemas.

I learned a lot from Bima‘s character in particular, he opened me up to a new perspective and I am glad I was able to dive into a very extraordinary character.

Besides acting, what are the things you enjoy doing?

I think acting will always be a profession as well as a job that I really love. But, singing is also one of the things I enjoy. I also like watching movies and traveling.

I love almost all genres of music. What you’ll find on my playlist is a lot of relaxing and chilling music like “We Never Change” by Coldplay.

What are you currently watching?

I just saw a movie called Tenet in the theater. I am just so happy that the cinema is now open. At the beginning of the pandemic, I was sad the cinema is my favorite place to go almost every week. And now hopefully everything will be back to normal and the pandemic can be quickly resolved.

What are your plans for the future?

I will continue to act and will give the best of my works. And during this pandemic, since it’s better to stay home, I’d like to recommend my movies Two Blue Stripes [2019], Death Whisper [2019], Mariposa [2020] , Kisah Untuk Geri [2021] to accompany you to go through your days at home. [laughs] 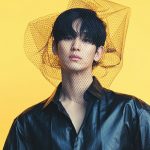 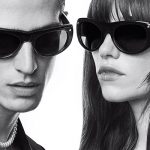