Chinese designer SEAN SUEN presented the Fall Winter 2022.23 Menswear Collection with a video and a lookbook during the Paris Fashion Week. The collection examines the changing emotions brought on by traumatizing human experiences and the process of self reconciliation in times of loneliness and helplessness. The looks remain true to designer’s aesthetic, based on the colorless series of black, white, and gray, and introducing earth tone colors symbolizing nature.

This is a period of time of sufficient profundity. In a similar time and space, human beings are the most variable and a factor most likely to trigger variables. Observing human behavior and consciousness from both objective and subjective perspectives, the forces between physical and psychological distance have been infinitely amplified. We seem to truly feel the solitude from all angles, from the anxiety that initially spread frantically, to the extreme paranoia after self-isolation, then the unfathomable selective non-communication, and finally we calm down and move on, because we can’t go back. – from Sean Suen 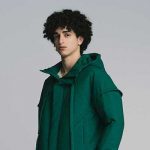 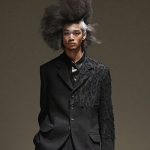