Fashion brand COACH unveiled its Courage to Be Real film starring the brand’s new global ambassador and music superstar Lil Nas X directed by Petra Collins. The video features Lil Nas X’s latest single Star Walkin (League of Legends Worlds Anthem). In charge of styling was Stella Greenspan, with movement direction from Anna Collins, and set design by Nicolas Des Jardins. Beauty is work of hair stylist Coree Moreno, makeup artist Grace Pae, and manicurist Temeka Jackson. Creative and fashion direction to Lil Nas X, Hodo Musa. The campaign tells a story of the singer’s courageous evolution to become the person he is today. Set in a dream-like world the film follows Lil Nas X through rooms that represent key moments in his journey, from his early days in the Atlanta suburbs, to achieving fame, to becoming the multi-hyphenate superstar. In each room, he moves through doors that represent the struggles he has faced in life such as fear, self-doubt, and judgment from others, and ultimately takes the stage, inspiring the world to transcend their limits and express who they really are.

My vision for Coach has always been to create a fashion world where people feel free to express themselves as they are. To bring this vision to life, I was thrilled to bring Lil Nas X and Petra Collins together with Coach for the first time – two artists who have changed the world around them by being themselves. The film we created together is a new form of storytelling that not only feels unexpected and different for us, it helps to create a community around the values we share with the next generation. –  Coach Creative Director, Stuart Vevers

My whole career has been about breaking down doors, and this campaign represents everything I’ve overcome so far. It’s about walking into new chapters of life, new experiences and new versions of myself, and it’s rooted in authenticity and self-expression – two things I really care about. It was really fun collaborating with Stuart and Petra to bring this to life. – Lil Nas X

At Coach, we want to inspire people to have the confidence to express themselves and explore all of who they are – to have the courage to be real. The campaign we are introducing today is the first chapter of our Courage To Be Real mission, and the embodiment of the values Coach has championed for generations. Created with Lil Nas X, an artist who has courageously paved new paths for others, the film tells the story of the challenges many of us face in our journeys of self-discovery, and how belief in yourself and a willingness to take risks can inspire others to do the same. – Global Chief Marketing Officer and North America President of Coach, Sandeep Seth 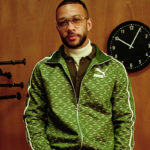 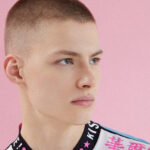