Within my practice, I contribute to a Black Canon of culture and art and its preservation. This is why, to preserve my own output, I record it at length.
–Virgil Abloh, A manifesto according to Virgil Abloh, 2020.

Definition and redefinition are key to understanding the work of Virgil Abloh at Louis Vuitton. Supported by his seasonal Vocabulary – “a liberal definition of terms and explanation of ideas” – his eight-collection arc is founded in the desire to change our ways of seeing. Using fashion as a tool, his premise lies in decoding the biases associated with the components of human appearance. He wants to recode the way we treat each other according to how we look and present ourselves. One of Virgil Abloh’s most used terms, imagination is what fuels this dream. It’s what drove him to Louis Vuitton and what defines his legacy at the Maison. – from Louis Vutton. 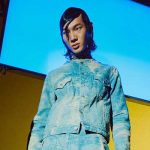 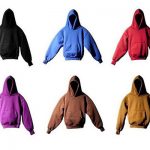