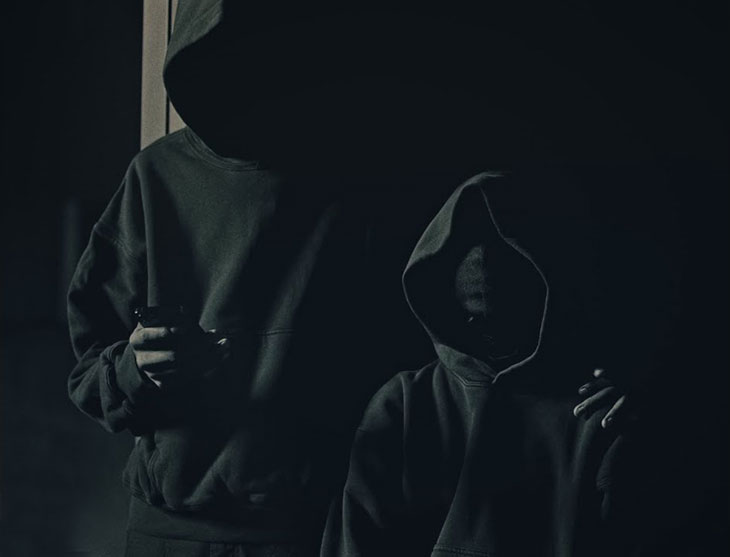 Kanye West has released the music video for his newest single, “Heaven and Hell,” first shown on the Donda tracklist posted to Instagram on July 22, 2021. The video debuted last Monday, with the three-minute clip featuring people dressed in black hoodies, with their faces concealed. The video did double duty as an add for Ye’s new Yeezy Gap label – it was released at the same time as the brand’s new hoodie in black, worn in the video by Ye and all the other characters. The video was also aired on ESPN during the College Football Playoff national championship game.

Filmed in sepia-tinted black and white and shot in the old-fashioned Academy ratio, the video features people dressed in black, taking part in stealthy activities around a city at night, floating among the clouds. Ye, surrounded by bodies floating into the sky around him, performs atop a cloud, wearing a leather head mask with slits for eye holes and a black Yeezy Gap hoodie. To make the collab doesn’t go unnoticed, the final scene of the video pictures the YZY logo for Yeezy Gap in the center of the frame.

The highly coveted hoodie sells out very fast, so be quick if you want to cop it. Shop Yeezy x Gap hoodies at GOAT.

This “Heaven and Hell” track incorporates material from an unreleased song “Future Sounds,” which was on the album’s original track list. It was played at one of the Donda listening party rehearsals and features a sample from 20th Century Steel Band’s 1975 track, “Heaven and Hell Is on Earth.”

Know the Lord my bulletproof vest (Is on Earth)
When we survive, know that we blessed
Save my people through the music

Ye took to his Instagram Stories to celebrate the release of the video, posting a clip showing the Heaven And Hell video playing on his TV, with a caption – ‘our first yzy gap commercial.’ He aslo added the caption saying ‘mama we did it‘ with a crying while smiling emoji.

Earlier that day, Netflix has released the new teaser for the documentary series “jeen-yuhs: A Kanye Trilogy”, a “three-week global event” coming to the platform next month. Directed by the award-winning  Coodie & Chike, this intimate portrait follows Kanye, as he builds his way from singer to businessman and becomes a global brand. It’s reported that Netflix has allegedly acquired the documentary for US$30 million.

The music video for Heaven And Hell was released just few days after the rapper announced a new collaboration with Gap and Balenciaga, titled Yeezy Gap Engineered by Balenciaga. The first drop is expected to release in June, with a second later in the year.

“It is a vision come true to work with Gap and Demna, the creative director of Balenciaga, to make incredible product available to everyone at all times.” – Ye told Vogue after announcing the deal on his Instagram.

After collaborating with Demna on his DONDA listening events, this collaboration is not something that the fans were not expecting. It was a matter of time before the two would venture into another creative collaboration – now with their respective brands. What was not expected here is their three-way partnership with Gap.

There are very few people that I know, especially of Ye’s caliber, who really understand my work so well. He makes me come out of my comfort zone and be a better designer. There’s no ego when we collaborate, just a mutual drive to evolve and do something great and new. – said Demna.

Ye also shared a screenshot of the legal document confirming the partnership on his social media, which has been signed by all parties last December.

Event thought we’ve only seen a few releases from the ongoing partnership between YEEZY and Gap,  we’re expecting to see more throughout the year, as the 10-year deal continues. 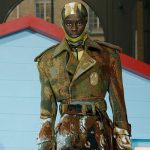 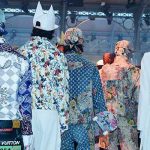