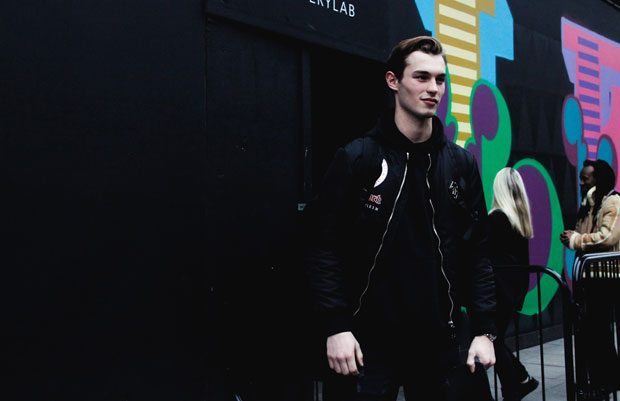 “Not long ago street wear was seen as nothing more than a poor mans dressing- where hoodies were worn for comfort and ripped jeans were caused my age not intricacy.”

“Skate and rave culture have always infiltrated wardrobes as basics, only now though when people particularly younger ones decide to wear loose jeans it is has all of sudden transitioned from being dressing down to wearing street apparel.”

MMSCENE Contributing Writer QUADE AU explores the importance of street wear in fashion industry but also in our everyday wardrobes.

Creativity is funny sometimes – only in the imaginary world that artists live in, do things change in a way that no one seems to question or mind. I once worked in a restaurant waiting tables where the dress code was black pants, a tucked in black shirt and laced up leather shoes. Disclaimer, before credibility for my work ethic is tarnished – this was not a decadent restaurant with polished knives and forks, it was a more or less a family run business with a television hanging in the corner. In saying that though, there were many liberties taken that were not necessarily given but more so excused- one of which was how I interpreted the uniform. 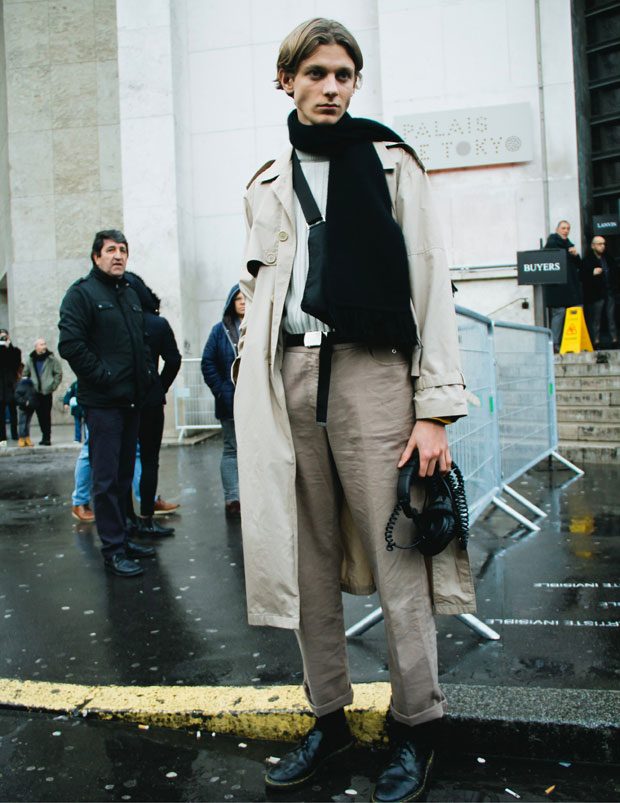 Knowing that the waiter career was only temporary through college I had somewhat evolved the mediocre look into something a little less funeral and little more twentieth century. I had gradually replaced the school shoes with leathered boots and when confident would wear New Balance sneakers, the shirts would array from turtlenecks and short sleeves that were always at the excuse of ‘everything else was in the laundry ‘and the cheap outlet pants we were given that were probably bought for maybe a couple of dollars would sometimes be substituted for better alternatives that were not hard to come by. One day, the snooze button on my morning alarm had been pressed a many times that it eventually must have given up – with minutes barely to spare till my rostered shift I had quickly thrown together a dark outfit without a look in the mirror or a second thought and arrived to work panting.

It was only then when my head was chanting victory anthems for arriving on time that I managed to pull myself together and examined what hung over me had chosen to wear (I may not have been employee of the month material). Apparently comfort over manner was the way to go. To work that morning I had chosen a reasonable shirt paired with some equally appropriate footwear but the poisonous cherry on top was that the pants were athletic trousers. Eventually as expected one of the managers had in passing said ‘so what are you wearing today? By now they had gotten used to my modifications and asking this seemed almost regular but knowing that this time round I was probably pushing their graciousness a little to far this time round I replied ‘they’re Yeezy (they were not)- Kanye’s new pants’ and just like that he believed me.

Not long ago street wear was seen as nothing more than a poor mans dressing- where hoodies were worn for comfort and ripped jeans were caused my age not intricacy. Yet nowadays with the rise of social media and the sudden need for everyone to wear brands, street culture has seemingly been capitalized upon in a way that has somewhat separated itself from its origins- almost now introducing a new manner of dressing. The commercialised street wear marketed by the “Kendals and Gigis” of today are in reputably different to the grunge of genuine street wear- typically their styling is inspired but elevated, prices are inflated and branding more than ever before is a detail that individuals what everyone else to know about. 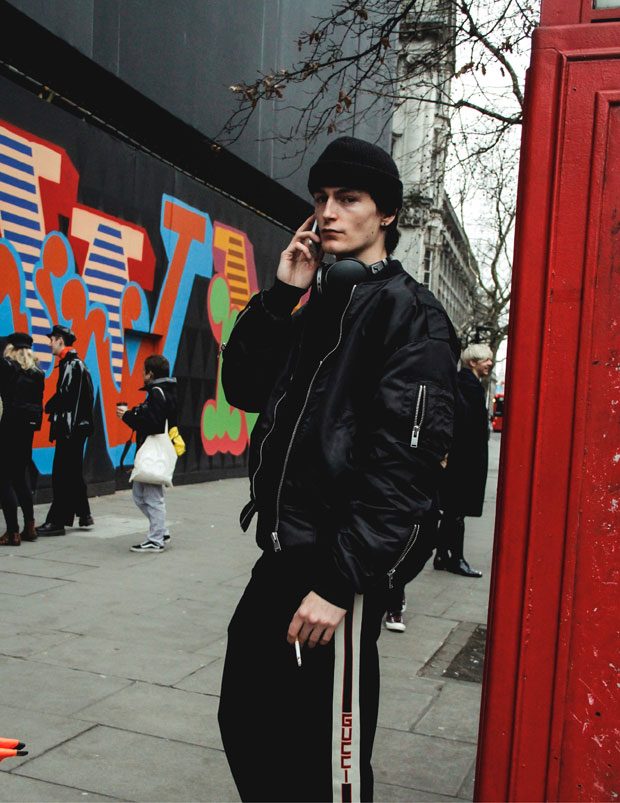 Ten years ago- no one wearing real street wear cared about Givenchy or even dared to relate Louis Vuitton with street culture but now with a new fashionably conscious and marketable demographic of younger folk, brands have added a privilege to street culture transforming the once endearing way of dressing into a million dollar style. Street wear is everywhere now, to the extent where wearing a pair of athletic pants can easily be misrecognized as designer branding. There is much content available at the moment in regards to street, almost all major brands including the department store designs have followed suit on the trending craze of dressing ‘street’ and introduced various adaptions to their collection where all of a sudden wearing a logoed Gucci t-shit with low rise pants is seen or rather mistaken for street credibility.

It was never about brands or ever featured on in-demand blogs but rather has always been the by product of hip hop music and standards of living. Today, a plaid shirt tied around ones waist and photographed against New York like setting is immediately deemed street. The commercialisation of this sort somewhat takes away the novelty of its predecessor, almost suggesting here is a better way to dress the way you dress- thus now there is unspoken divide of commercial street and unprivileged street style.

Skate and rave culture have always infiltrated wardrobes as basics, only now though when people particularly younger ones decide to wear loose jeans it is has all of sudden transitioned from being dressing down to wearing street apparel. The youth have always been the first to jump on any popular bandwagon, one person can randomly announce that fidget spinners are cool (even though they were made for behavioral disorders) and million will be sold in a week. So now with a supposed need to Instagram your outfit of the day and tagging unpaid labels for your own sake, younger folks call upon street wear to appear ‘different and rebellious to fashion trends’ even though everyone else is following the same thinking. The culture of street is almost disrupted and lost its metaphor- someone whom has been raised in a higher class childhood saying they dress street is similar and as ridiculous as them saying they dress ghetto- only now the appropriation of street is excused.

Nowadays Palace can now drop a new range of apparel and within minutes can be sold out by young “Hypebeasters” whom will most likely wear it in similar uniform as they have seen online- as oppose to real street wear which has always been about individuality and a love affair with clothes. Palace was a skateboarding brand mainly worn by a community of people interested in skateboarding but now with consumerism turning into a talking point of who is wearing who, Palace is seen as rebellious street label- something it was never intended to be.

Brands will come and go, trends will undoubtedly change and commercialisation will continue to evolve but the sincere concept of street apparel- where ruggedly combining sportswear with everyday cloths to the beat of old school music will always silently remain in the background of mainstream fashion. Street will always be growing but it will always be on the street.