Kim Jones presented DIOR Men’s Spring Summer 2023 collection during the Paris Fashion Week on Friday, June 24th. The French Maison travel in space and time from Paris to the countryside, to Normandy and Granville, connecting Christian Dior’s birthplace with Sussex and Charleston, the country of the Bloomsbury group artist Duncan Grant, who inspired the new collection.

Granville and Sussex have a similar climate; the weather, the light and the garden tie one place to the other. For both Christian Dior and Duncan Grant, their homes, their gardens, and their private environments were So important for their creativity. – said Kim Jones. 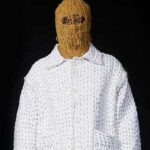 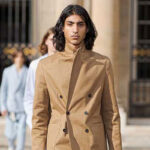