Creating a future nostalgia. One of the most sought after Air Jordan collaborations is definitely the one with Hiroshi Fujiwara’s Fragment design. Debuted in July 2020, the collection mixes Fujiwara’s signature streetwear style and decades of footwear innovation of Jordan Brand.

Known as the “Godfather of Harajuku”, Japanese streetwear designer, musician and prominent streetwear influencer, launched his first brand, Good Enough, in the late 1980s, which eventually gave way to a new project: Fragment Design. He has collaborated with number of streetwear and luxury brands, including the Louis Vuitton, Nike, Burton, Moncler, Levi’s, Stussy, BVLGARI, Supreme, Converse, Apple, and many more.

The collaboration debuted in 2002 has delivered a large number of releases, including the aesthetic updates of existing classics, as well as the new performance technologies, like Nike Flyknit. This was a time when luxury sneakers were not so common. So at the beginning, HTM became an opportunity to add a sense of luxury to sneakers. – said Fujiwara about the collaboration.

In 2014, Hiroshi Fujiwara collaborated with Jordan Brand for the first time, introducing the Fragment’s take on the iconic Air Jordan 1 silhouette. The design cues are taken from one of the two original AJ1 samples from 1984, made in a royal blue colorway, featuring a premium upper of blue, black, and white leather with the fragment design‘s logo, subtly incorporated.

Debuted in 2020, the Air Jordan x Fragment Design collection is a tasteful mix of Jumpman’s decades of footwear innovation and Fujiwara’s signature streetwear style. The Japanese designer looked to the classic American gymwear such as raglan fleece, T-shirts and nylon pants for the inspiration for the highly coveted collaborative collection. He even simulated the home and away gear, as all the apparel pieces come in gray and blue colorway.

Fujiwara said he was looking at the vintage Jordan collections when started working on the capsule. I wanted to feel what the clothes looked like — the atmosphere and what it felt like to wear them then, including nylon tracksuits,” he says.

Some of the sweatshirts feature the very well known photos of MJ on the court, while the others have a distinct typography, inspired by the ’80s standard-issue sportswear. This is what defines the collection’s mood, which is all about honoring potent memories.

The collaboration between Air Jordan and Fragment Design brought about three illustrious sneaker models, that never stopped trending since the release – the Air Jordan III, Jordan XXXV and Jordan Cadence.

The most popular model of the collab, the AJ3 perfectly shows Fujiwara’s attention to detail applied on one of the most beloved Jordan silhouettes. It comes in the black and white ‘Orca’ color scheme, that simulates his earlier work for the sneaker giant. It also features a fully spelt-out SKU on the midsole, a stamped Fragment logo above the midsole and underneath a translucent Jordan logo on the heel.

The Jordan XXXV plays with an on-court innovation. Here, the popular game shoe is dressed in classic sport colors: black, blue and white. It is a bridge between the nostalgia-inspired apparel and future sport performance. “It’s so different compared to older, vintage shoes. I like the innovations too. Maybe these shoes will be a holy grail in 10 years, I don’t know.” –  Fujiwara says of the Air Jordan XXXV.

The Jordan Cadence matches neatly with the P.E. mood of the apparel: a simple, everyday vibe with a modern twist. 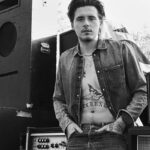 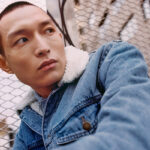